TAMPA, Fla. — Don’t ask Gerrit Cole about all of the questions surrounding the Yankees’ rotation.

The ace righthander sees nothing but reward — and not nearly as much risk as many do — in the group.

"I don’t have any concerns," Cole said Thursday after Yankees pitchers and catchers went through their first workout of spring training. "The talent is there. Obviously, they’re going to have to overcome some adversity and they’re in the process of doing that themselves right now. So the most important thing for me is to just be there by their side and continue to encourage them."

Many of the concerns, of course, relate to the health of two new additions to the rotation — Corey Kluber and Jameson Taillon — who are coming off significant injuries that have limited them to a combined 14 appearances in the last two seasons. Most of those came in 2019 as last season, Taillon, recovering from a second Tommy John surgery, made zero appearances and Kluber pitched one inning before suffering a shoulder injury. 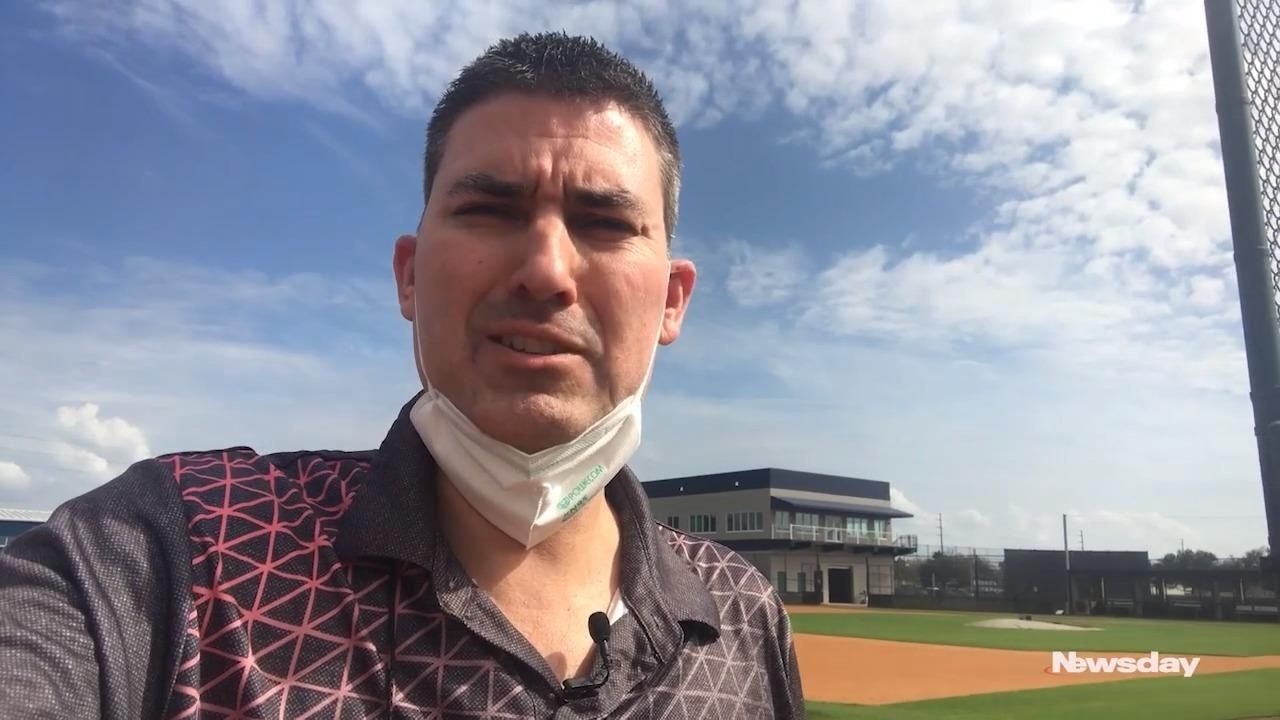 "Corey is a true craftsman. Always enjoyed watching him pitch . . . I think Jameson is in a really good spot. I’m really encouraged," Cole said before generally mentioning some of the younger arms in the organization. "It’s just fun to root for these guys. You want Monty [Jordan Montgomery] to take the next step forward. He’s an easy guy to root for. You want J-Mo [Taillon] to do it as well. And we have a lot of young talent right there . . . and I think everybody’s pulling for Corey to reestablish that back-to-back Cy Young kind of form. So yeah, it’s a really enjoyable rotation and a lot of potential."

There are no real concerns about Cole; for him it’s a matter of making it through spring training healthy. But that doesn’t mean he won’t be front and center in terms of drama.

Late last season and into the playoffs, backup Kyle Higashioka became Cole’s personal catcher. Aaron Boone said this week that the two won’t automatically be paired in spring training, and Cole is good with that. But unprompted, he did start his answer about working with Sanchez and Higashioka by noting that the club brought in Robinson Chirinos on a one-year minor-league deal. Chirinos developed a strong bond with Cole when the two were Astros teammates in 2019, and Cole produced a 2.46 ERA in 16 starts with Chirinos behind the plate.

"Let’s not forget the third catcher that we have in Robinson, obviously, not on the roster yet, but just signed," Cole said.

The word "yet" likely stood out to those listening closely.

Cole added: "So I mean, spring training is a time to build, a team atmosphere and good cohesion between the group . . . There’s always a special bond between pitchers and catchers, especially the catchers you know, and it can permeate through both the starting staff and the bullpen.

Knicks tough out OT win over Hawks for eighth straight victory
Mets let errors get to them in blowout loss to Cubs
Yanks' offense stays cold, manages just five hits in loss to Atlanta
Boone plans to talk to Torres about not hustling in Yanks' loss
Lennon: Lack of offense becoming the new normal for Yankees
Nets tumble after Raptors get hot in third quarter
Didn’t find what you were looking for?