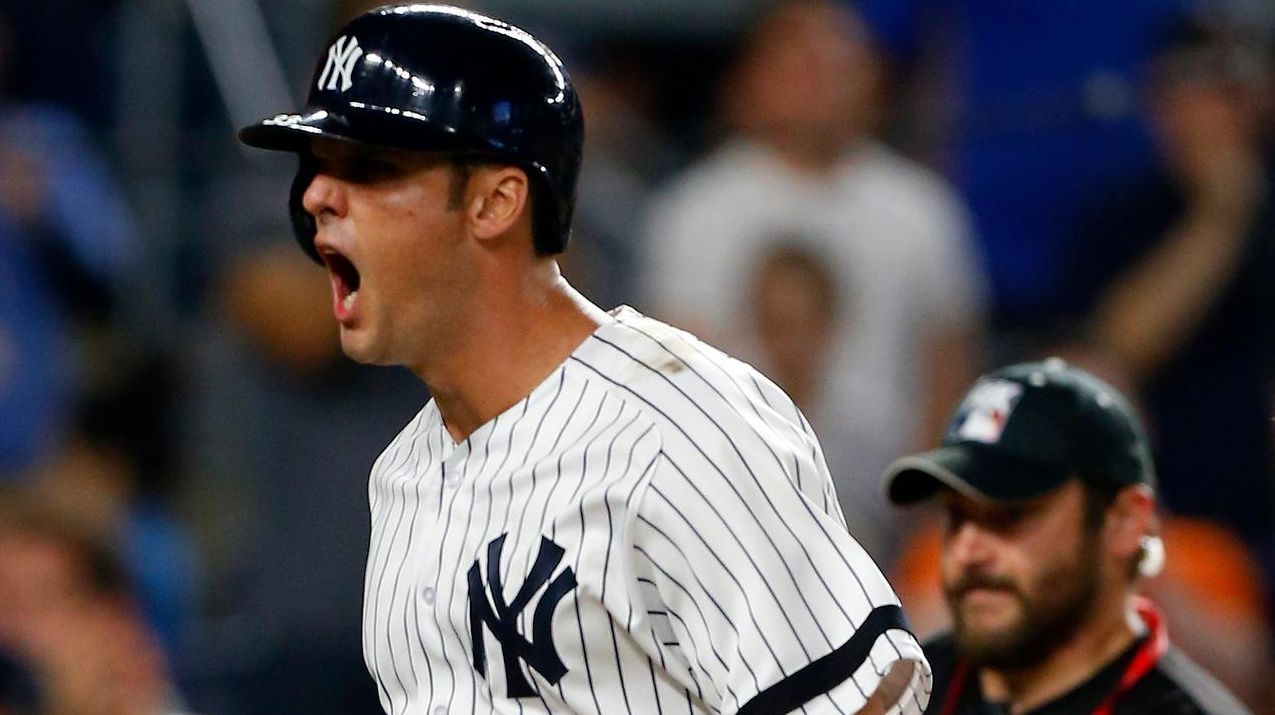 All season, Joe Girardi has praised his team’s “resiliency.”

But never was that characteristic tested like Sunday night.

The Yankees were coming off one of the worst postseason losses in franchise history, blowing a five-run sixth-inning lead in Game 2 of the best-of-five American League Division Series on Friday night and falling behind the powerful Indians two games to none.

Girardi put himself front and center in that 9-8, 13-inning defeat, failing to challenge an incorrect hit-by-pitch call on a foul-tip strikeout that would have ended the inning. That set up Francisco Lindor’s grand slam.

A Sunday night that began with Girardi getting booed soundly during pregame introductions ended with roars from the Stadium crowd as the Yankees got back into the series with a white-knuckle 1-0 victory in front of 48,614.

“Plain and simple,” Greg Bird said, “I’m not ready to be done playing and I don’t think the rest of the team is.”

The place pulsated throughout Masahiro Tanaka’s brilliant seven innings and erupted when Bird homered into the second deck in right off Andrew Miller in the bottom of the seventh.

They brought the noise in the final 1 2⁄3 innings when a rejuvenated Aroldis Chapman earned the save, though not without some theater.

After Chapman struck out the final two batters in the eighth and the leadoff batter in the ninth, Jason Kipnis singled and Jose Ramirez reached when Todd Frazier made a diving stop of a grounder in the hole but couldn’t get the ball out of his glove cleanly. Chapman fell behind Jay Bruce 2-and-0 before he struck out for the fourth time. The lefthander then concluded a seven-pitch at-bat by getting Carlos Santana to fly to center.

“It’s no fun to be booed,” Girardi said. “But they’re passionate. Our fans are passionate and they want to win and they get upset when we don’t win. But you get the good side of it, too. Like tonight, the emotion. So that’s the trade-off.”

By the last out, the crowd very much believed what the Yankees had declared in the disappointment of their silent clubhouse Friday: a win in Game 3 and this very much becomes a series.

Luis Severino, who lasted only one-third of an inning in the wild-card game, will get the ball Monday night as the Yankees try to force a deciding Game 5 Wednesday in Cleveland. Trevor Bauer, who allowed two hits in 6 2⁄3 innings in the Indians’ 4-0 Game 1 win, will oppose him.

The evening was marked by pivotal plays and performances by the Yankees. There was Tanaka picking up two strikeouts after Jason Kipnis’ one-out triple in the fourth and Aaron Judge — who had misplayed Kipnis’ drive — robbing Lindor of a two-run homer in the sixth. “Saved the game,” Chapman said through his translator.

But Bird, who had a Judge-like spring training but was a non-factor much of the regular season because of a slow-healing right ankle bone bruise, is as good a place to start as any.

Bird, who debuted to rave reviews in August 2015 but missed all of 2016 recovering from shoulder surgery, took former Yankees teammate Miller — who had allowed exactly one homer to a lefthanded hitter this season — into the second deck in right on a 1-and-1 fastball to make it 1-0.

It was his second homer of the series; his two-run blast in the fifth inning of Game 2 gave the Yankees an 8-3 lead.

“Incredible,” Judge said of Bird’s homer. “I could hardly hold my emotions in.”

Neither could Bird, who usually is stoic on the field but let loose after dropping the bat as the ball sailed deep into the night. Upon returning to the dugout, he aggressively chest-bumped Judge.

“That excitement is for our team, and for the guys in there that have been working their butts off all year,” Bird said. “For Masa [Tanaka], for Judge, for everyone that was out there, for everyone that was on the bench, and for our fans, really. It was just an incredible experience, an incredible game. And we’re not done. That’s the best part of it, too, is we get to keep this going and keep playing baseball.”