Jameson Taillon of the Yankees throws in a simulated game during spring training on Wednesday in Tampa, Fla. Credit: New York Yankees

TAMPA, Fla. — Aaron Boone has liked just about everything he’s seen so far out of Jameson Taillon.

And that included the righthander’s first simulated game of the spring, which took place Wednesday at Steinbrenner Field.

"I thought it was good," Boone said. "I thought he started out a little bit slow, and I really liked how he finished. I thought his stuff as he got going got really crisp."

Taillon, who is surrounded by questions, is of course, one of several pitchers expected to be in the Yankees rotation. The 29-year-old, who faced switch-hitter Aaron Hicks and righties Aaron Judge and Clint Frazier Wednesday, has experienced success in the big leagues but some health setbacks as well. Taillon is 29-24 with a 3.67 ERA in four big-league seasons, though his last full season came in 2018 (when the righty went 14-10 with a 3.20 ERA in 32 starts). Taillon, however, has not pitched since 2019 when he underwent a second Tommy John surgery. 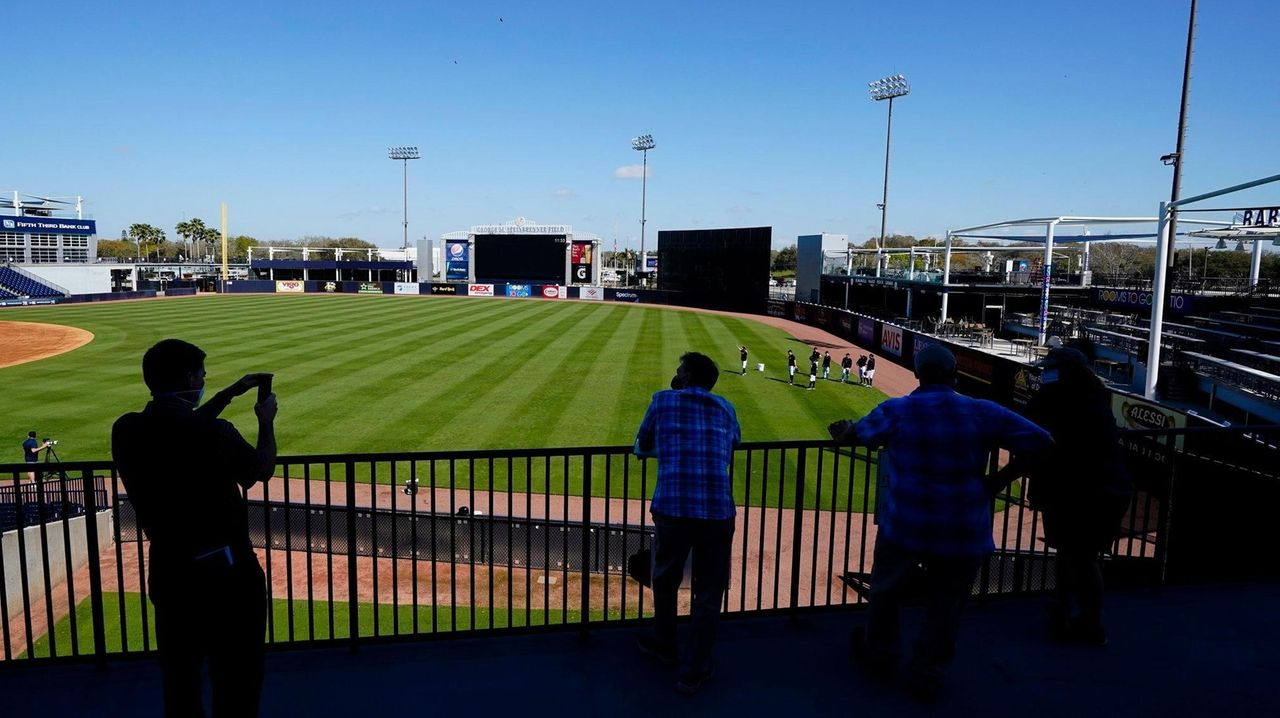 "I thought it was a really competitive environment and I think J-Mo [Taillon], seeing Judge and Hicks and Frazier…guys that obviously really control and know the strike zone," Boone said. "He got an early look here in February that against those guys, you’ve really got to execute. I thought it was another good step for J-Mo, and I really liked how he finished. I thought his stuff got crisp as he went on."

Recently signed outfielder Jay Bruce, whose lefty bat was a big reason the Yankees brought him in on a minor-league deal, spent quite a bit of time working at first base Wednesday. The 33-year-old then spent a bit of time afterward talking with bench/infield coach Carlos Mendoza . . . Steinbrenner Field staff spent much of the day cordoning off large swaths of seats to keep people at responsible social distances for Sunday’s Grapefruit League opener against Toronto. Around 2,000 fans will be allowed to attend.