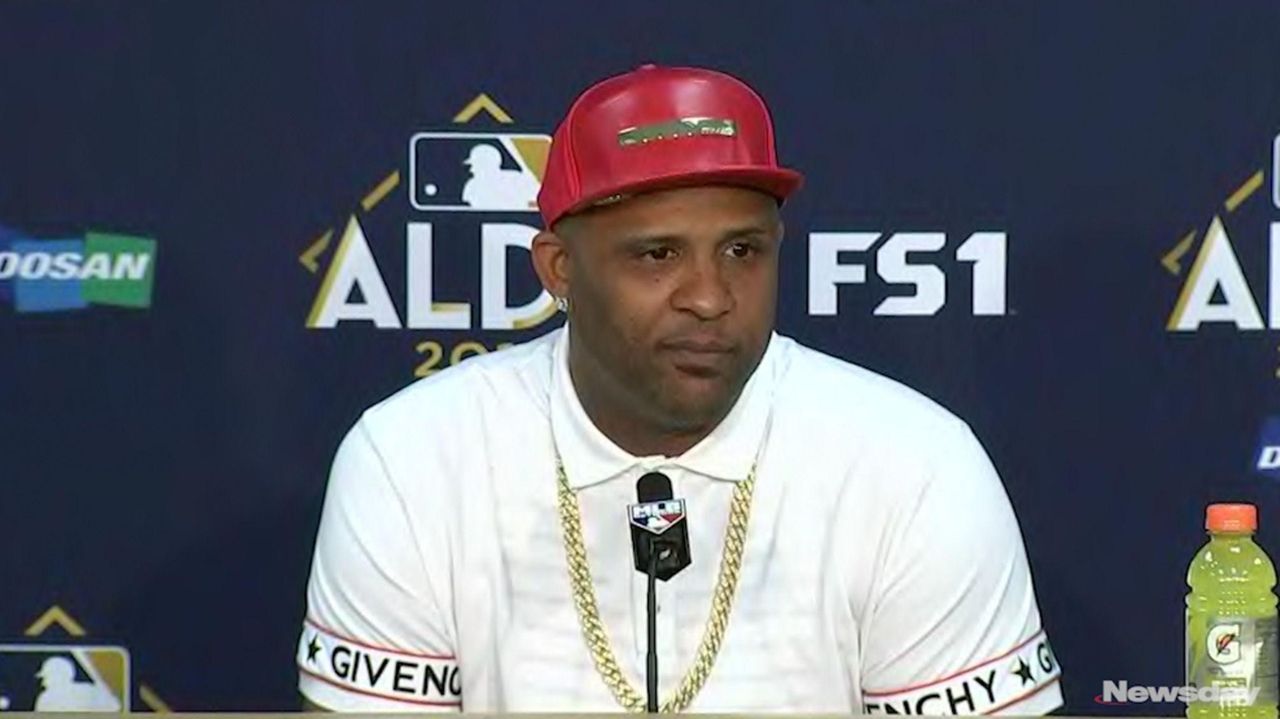 On Tuesday, Oct. 10, 2017, Yankees manager Joe Girardi and Game 5 starting pitcher CC Sabathia talked about how good the team feels heading into the final game of the ALDS in Cleveland on Wednesday. Credit: News 12 Long Island

CLEVELAND — Standing in a cramped hallway outside a mostly quiet clubhouse after a devastating extra-inning loss in Game 2 of the American League Division Series, CC Sabathia sounded confident the Yankees would earn a return trip to Progressive Field for a deciding Game 5.

The 37-year-old lefthander, who has seen a thing or two in a distinguished career, was right. And as a result Sabathia, pegged as perhaps the Yankees’ biggest rotation question coming out of spring training, will take the mound in the biggest game of the season against Cleveland ace Corey Kluber.

“Just knowing these guys and the way they responded all year,” Sabathia said late Tuesday afternoon. “This is a team that I felt like every time in the season, I felt like we responded really well. So I didn’t see why we couldn’t go home and play well and end up back here.”

The crowd noise will be squarely in Cleveland’s corner Wednesday night in the win-or-go-home game, something Sabathia is looking forward to. And not just because he spent the first 7½ years of his career with the Indians, who drafted him in the first round (20th overall) in 1998.

“It’s a hell of a lot of fun to be in it than to be sitting on the side,” said Sabathia, who helped carry the Yankees to the 2009 world championship by going 3-1 with a 1.98 ERA in five postseason starts. “I’m just glad I get the opportunity to participate and not have to watch, because watching these games, you’ll get an ulcer. Pitching in them is a lot more fun.”

To the surprise of many, though not in the Yankees’ clubhouse, Sabathia outpitched Kluber in Game 2, allowing four runs (two earned) and three hits in 5 1⁄3 innings. Kluber, the presumed AL Cy Young Award winner after going 18-4 with a 2.25 ERA, was shelled that night. The righthander allowed six runs and seven hits in 2 2/3 innings after compiling a 1.62 ERA in 23 starts after returning from the disabled list June 1,

Sonny Gray’s ho-hum performance in Game 1 did not inspire confidence. Sabathia’s Game 2 effort and a postseason resume that contains far more successes than failures made him an easy choice for Girardi.

Can Yanks bail out Girardi from Game 2 blunder?

“He’s built for these kinds of games,” Brett Gardner said, echoing the universal feeling in the clubhouse about Sabathia.

The respect comes from the other dugout, too.

“He can manipulate the ball a lot,” Indians manager Terry Francona said. “He doesn’t have the power that he did, which I think is natural. But he’s got a really good feel for pitching. We’re going to have to lay off the breaking ball that’s the strike-to-ball breaking ball. We’ve been a little overly aggressive in this series. CC’s been doing this a long time, and if you don’t make him stay in the zone, he will exploit that.”

And, the Yankees hope, help send them to the ALCS for the first time since 2012.

“CC’s used to these big moments,” Joe Girardi said, “so we feel good about him on the mound. Our guys are confident.”

Corey Kluber may be the favorite to win the AL Cy Young Award, but Game 5 counterpart CC Sabathia has the benefit of a great deal of postseason experience. Comparing their October numbers: