TAMPA, Fla. — Aaron Judge has liked what he has seen from Jordan Montgomery in his two starts.

"[He’s] just really attacking hitters,'' said Judge, who won the 2017 American League Rookie of the Year award, finishing five spots ahead of Montgomery. "That’s the biggest thing with Montgomery is when he’s able to attack hitters and have them expand the zone a little bit, he’s deadly. He’s got that big curveball, good changeup he’ll mix in, and then when he’s able to dot that fastball on both sides of the plate . . .

"I saw he was able to run it in on the hands of a couple of the lefthanded bats that the Phillies brought. That was pretty impressive of him. I’m looking forward to what he can do this year. He’s a big piece of our rotation. Excited to have him healthy and ready to roll."

Montgomery entered spring training knowing that, pretty much regardless of results, he would be in the Yankees’ rotation to start the season. Two starts in, he is pitching as if he wants to leave little to chance. 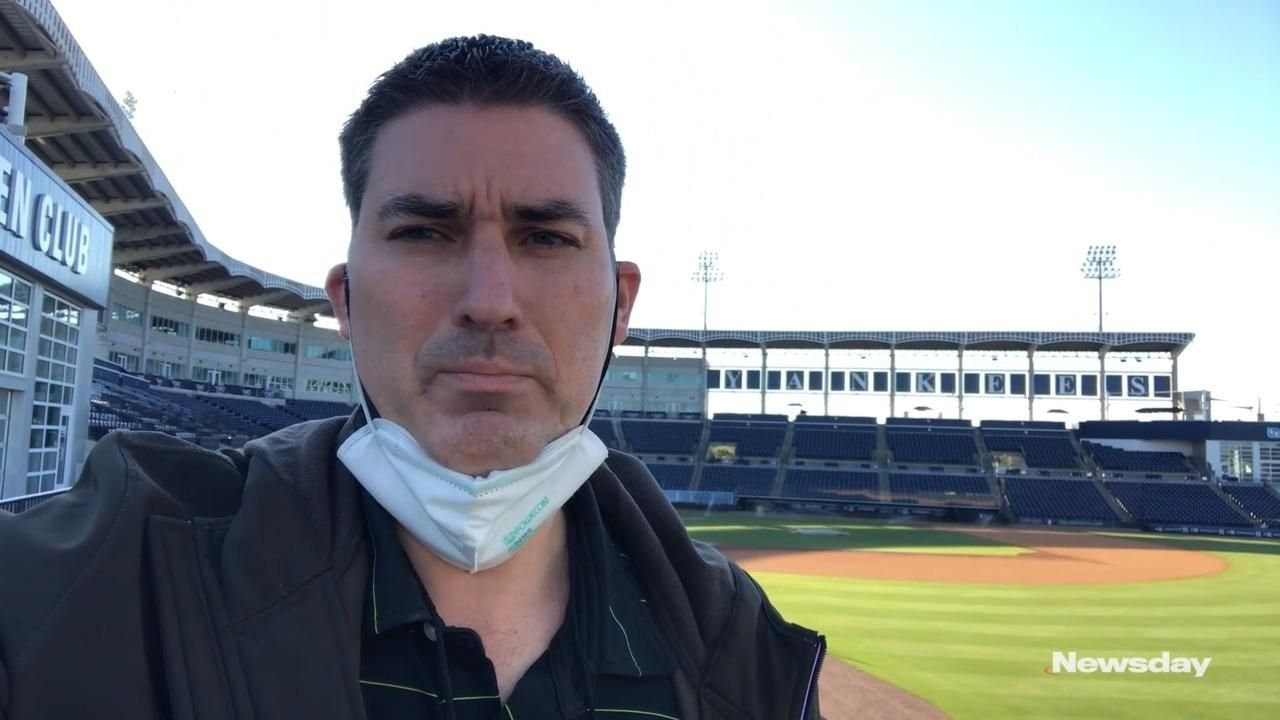 The lefthander allowed two hits in three innings in a 4-0 victory over the Phillies on Sunday at Steinbrenner Field. He has allowed one run in five innings with three strikeouts and two walks.

"I came into camp expecting to be in the rotation," Montgomery said. "Didn’t know where, it really doesn’t matter to me. But it is nice coming into spring just being able to work on stuff."

Among Montgomery’s goals is consistently repeating his delivery, something he was pleased with Sunday.

"Feel good, just the way I'm moving on the mound and recreating my mechanics pitch after pitch," he said. "I'm pretty happy with where I am."

Giancarlo Stanton, 0-for-5 in his first two exhibition games, lasered two doubles Sunday. Each left the bat at 109 mph.

"He looks ready to go," DJ LeMahieu said. "Those were a couple of missiles today. That’s Big G for you right there. Really happy to see him with a couple of really nice swings today."

Aaron Boone said Deivi Garcia will start Tuesday in Lakeland against the Tigers . . . Miguel Andujar, who started at third Sunday and went 1-for-3, will start in left Wednesday night against the Pirates, Boone said . . . The Yankees are off Monday, but Corey Kluber will throw a simulated game in the morning at the minor league complex.

Erik Boland breaks down strong start to spring for MontgomeryYankees pitcher Jordan Montgomery has been on top of his game so far in spring training. Newsday's Yankees beat writer gives the details.

Jets' Mims details his bout with COVID-19
Maggie Gray to host CBS Sports Radio show
Retired and living in Israel, Fischler still plugged into the NHL
An old friend returns to Brooklyn and brings defensive matchup concerns
Isles rank last in the NHL in goals scored
Daniel Jones ruled out for Sunday's game vs. Miami
Didn’t find what you were looking for?