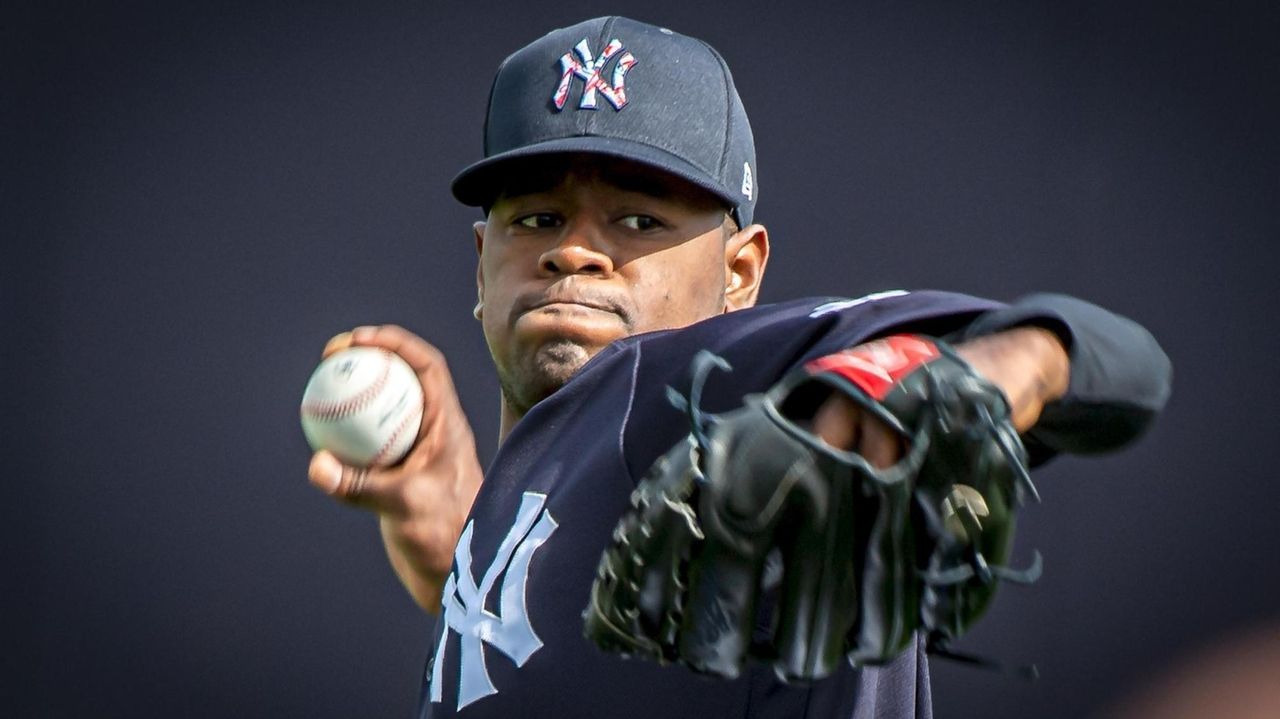 TAMPA, Fla. — After sending a record 30 players to the injured list last season, the Yankees overhauled their medical and training departments during the offseason.

Luis Severino, injured early in spring training last year — the start of a frustrating season in which he appeared in only three regular-season games -- was shut down indefinitely Thursday because of what Aaron Boone described as “some forearm soreness” in his right arm.

General manager Brian Cashman's concern level? “It’s hard to say,” he said,  later adding that he couldn’t say for certain that Severino, already being brought along at a slower pace, will be ready for Opening Day. “We’re just going to react to it. It [the soreness] could be nothing and it’s just a timing issue or it could be something.” Severino will be evaluated by team physician Chris Ahmad on Friday.

The soreness dates to last October. Severino felt it after his ALCS Game 3 start against the Astros but, Cashman said, it “dissipated,” and he did not feel anything in preparation for a Game 7 start that never came as Houston closed out the series in six games.

“In his last start against Houston in the playoffs, he had some soreness,” Boone said, explaining the timeline. “Everything checked out fine and he was going to pitch Game 7 for us. The season ends, he goes home. Had a little bit of soreness in there but hadn't started his throwing program yet. We bring him to New York for an MRI [in early December], everything was clean.

“Then he went back to the Dominican Republic, [was] cleared to start his throwing program," Boone continued. “ When he's on flat ground, when he throws a changeup, he was just feeling that discomfort in his forearm."

Cashman said Severino was brought back to New York in January for another MRI and CT scan, both of which were negative. He was prescribed anti-inflammatories, which he stopped taking a few days ago.

When Severino, who turned 26 Thursday, began increasing his throwing volume on flat ground earlier in the week, all seemed fine.

"It's just been fastball, slider; everything [was] good," Boone said. "We reintroduced the changeup the last couple of days on flat ground, no issues with that. And then [Wednesday] night, just sitting at home, he started to feel that soreness again. He came in sore this morning. So we'll shut him down here for a couple days and hopefully try and get to what exactly is going on in there."

Cashman said a “loose body” was discovered near Severino’s elbow during the testing but that it has been, and still is, “asymptomatic.”

“So far the assessment has been that is not the culprit here,” he said. “And I think Sevy feels that way. In talking to him, he’s like, ‘The way I’m throwing my fastball and slider, I don’t think that would be an issue. I don’t think that would be causing this on one pitch vs. three pitches.’ So it’s just an unknown right now. Unknown if this is a significant issue we’re going to be dealing with that’s going to cost a lot of time or if it’s a small issue that’s just the timing and will dissipate in short order.”

For now, it would appear there are two open rotation spots. Among those in the competition are Jordan Montgomery -- who was the favorite to nab James Paxton’s spot while he recovers from back surgery — Luis Cessa, Jonathan Loaisiga and prospects Mike King and Deivi Garcia.