TAMPA, Fla. — When it comes to Luis Severino being a significant part of the Yankees’ 2021 rotation, it isn’t just a matter of hope for Aaron Boone.

"I’m thinking he's very much going to be a part of it. When is the question," Boone said Monday. "Whether it's midseason, whether it's the All-Star break, the trade deadline, that'll play itself out here over the next few months."

Severino, in some ways, is the forgotten star.

A year ago, the two-time All-Star was expected to slide in behind Gerrit Cole to create one of the best 1-2 rotation punches in the major leagues. But the righthander never got going in 2020, undergoing Tommy John surgery in late February that wiped out his season. 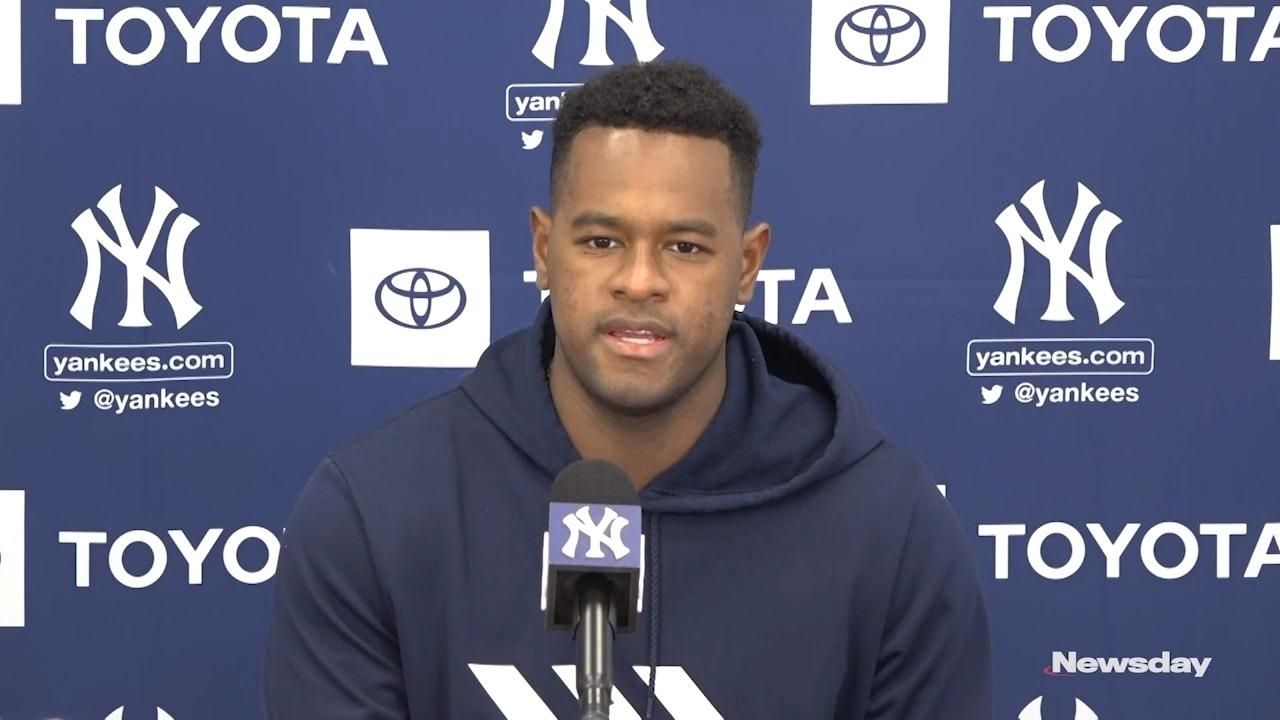 That came after a 2019 in which he was out until mid-September and made only three starts because of shoulder issues and a somewhat mysterious lat injury.

"Right now I am getting back to [feeling like] myself. I feel like ‘OK, this is how it [is supposed to] feel,’" Severino said Monday. "Right now I’m at a great point."

General manager Brian Cashman has said he hopes Severino will be ready to return by June or July. With players coming off Tommy John surgery, though, it’s an inexact science.

"I hope to be back sooner, but that’s not something [where] I have an exact date," Severino said. "The most important thing, I feel really good and just taking it day by day. I’m close to throwing bullpens. After that, I’m going to face hitters. We’ll see how I feel."

Severino has been throwing for a while but still is limited to fastballs.

"Hopefully next week I’m going to start spinning the ball," he said.

This week, for the first time during his rehab, he plans to throw four times. He threw at 90 feet Monday and expects to stretch out to 120 feet Tuesday.

"I think I’m pretty close to getting on the mound," Severino said. "Physically, I feel excellent. My arm is feeling pretty good."

Boone said everything he’s seen has been a positive.

"I think he's a week or two away from getting on the mound," the fourth-year manager said. "He looks really good right now, he feels really good. I feel good about where he's at in his comeback but very much feel like he'll be a big part of our plans. The question is when that'll be."

Severino has talked to a handful of players — including the recently traded Adam Ottavino — who have had Tommy John surgery.

Current teammate Jordan Montgomery, who underwent Tommy John surgery in June 2018, felt he might have pushed himself too hard during rehab, among the reasons he didn’t feel completely recovered until last season.

"Best advice from me to give him would be to not get overly excited and kind of stay in the moment . . . There's really no reason to like let ‘er rip in your bullpens right now. I remember I was a little over [anxious] and let ‘er rip and ended up having a little shoulder setback that set me back four weeks. So, really, just kind of treat it like another phase and keep moving."