Masahiro Tanaka has been symptom-free for well over a week.

That is somewhat remarkable given what took place on the Yankee Stadium mound July 4, when Giancarlo Stanton sent a line drive traveling 112 mph off the right side of Tanaka’s head, causing a concussion and a trip to the hospital.

“[Since] leaving the hospital, I have felt no symptoms of concussion at all,” the righthander said Tuesday in his first public comments since the injury.

Still, as encouraging as that news is, Tanaka hesitated on guaranteeing his availability the first time through the rotation. The Yankees' regular season starts July 23 in Washington against the Nationals. 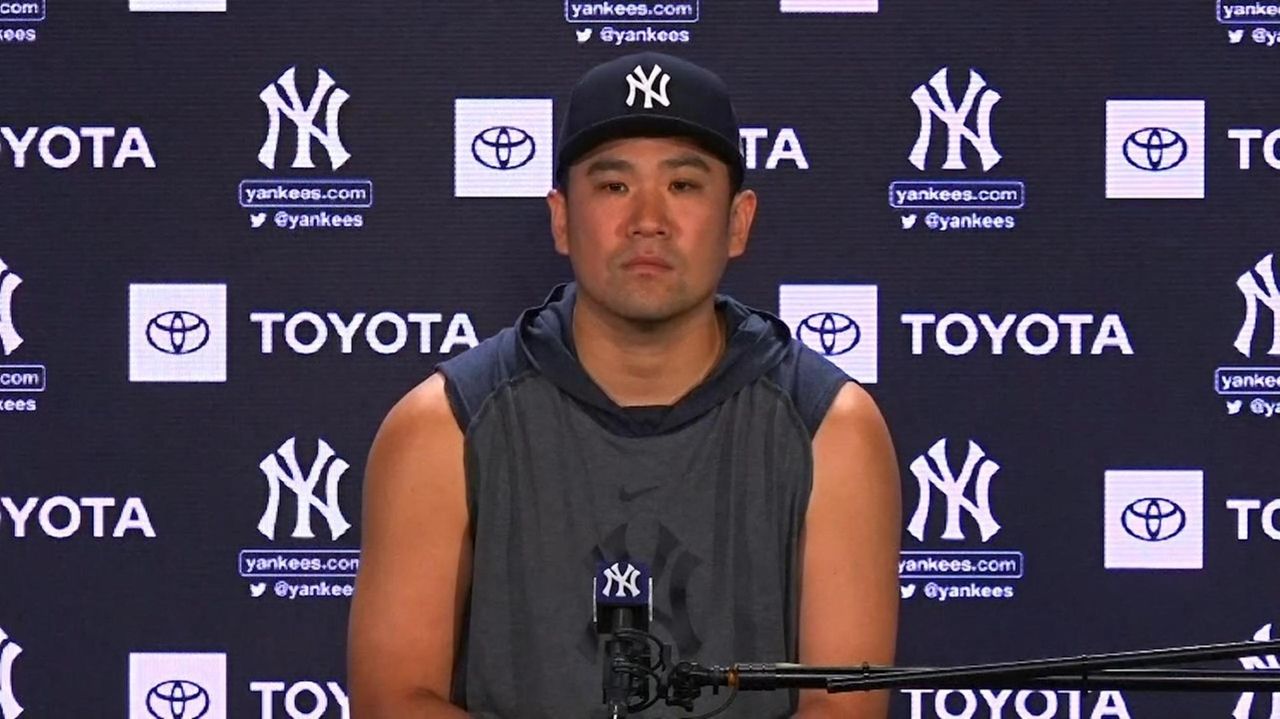 “I'm not sure,” Tanaka said through his interpreter. “I want to be optimistic and say yes. But obviously, the injury is to the head, so I think it's something that I need to be cautious about. And kind of take it careful more so than other injuries. So as of now I think it's just a step-by-step process. And that's all I can say for now.”

And that uncertainty should not overshadow just how much of a bullet the 31-year-old Tanaka appears to have dodged.

“I feel very lucky because it could have been something that's much worse,” Tanaka said. “Right now I have no symptoms at all. So I feel very fortunate in [what was] a very unfortunate event I guess.”

Tanaka, 75-43 with a 3.75 ERA in six seasons with the Yankees, was back at the Stadium a day after he was hurt and has been playing catch nearly every day for over a week. The next step will be throwing a bullpen, something Tanaka said has yet to be scheduled.

“I think we’re taking the necessary steps to get there,” he said. “This whole thing is kind of a day-by-day process, a day-by-day thing. But hopefully I'm able to get back on the mound sooner rather than later.”

Tanaka, who can become a free agent at season's end, said he won’t have any hesitation about throwing off a mound again but acknowledged he could experience some apprehension when a hitter steps into the box for the first time.

“As of now, I think everything will be OK once I step on the mound,” he said. “But you really don't know until you face a live hitter. And at that point in time, you might feel some worries or concerns going up on the mound, but as of now I feel OK getting back on the mound.”

Tanaka said since being released from the hospital, he has watched a replay.

As for the actual moment of impact, Tanaka said: “I feel like everything happened so quickly. By the time I realized that the ball was heading my way, everything kind of unfolded and happened.”

Aaron Boone said Tanaka’s initial responsiveness when he rushed out to the mound that day allowed him to feel “at least a little bit of relief,” a feeling that’s been reinforced every day.

“Look, it's a scary thing, and one of those things that happens, unfortunately, in our game every now and again,” Boone said. “So about as startling a moment you can have on the baseball field, [but] at least in the immediate, when I saw him out there, I felt pretty good with how he was responding. And I've been encouraged with his daily progress and how he's responded as the workload has ticked up.”