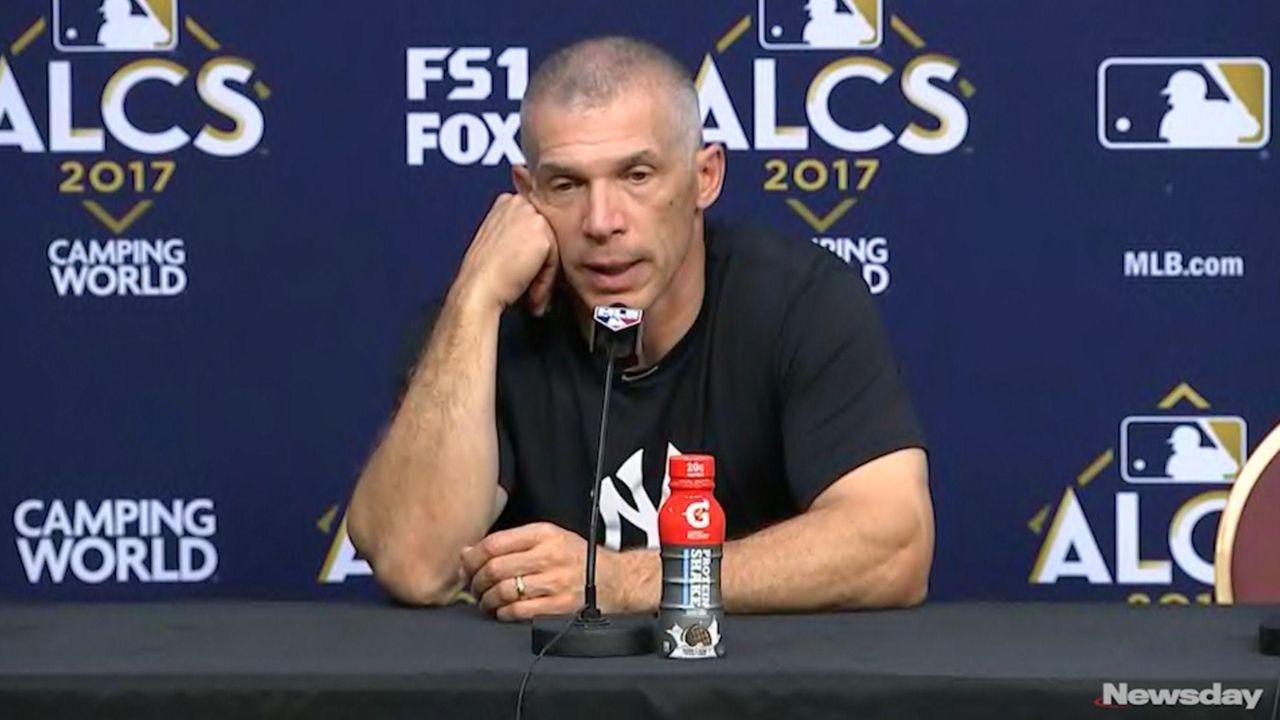 HOUSTON — Matt Holliday went from designated sitter to designated hitter in Game 1 of the American League Championship Series against the Astros at Minute Maid Park on Friday night.

Holliday hadn’t appeared in any of the Yankees’ first six postseason games before manager Joe Girardi penciled him into the lineup in the eighth spot against Astros lefthander Dallas Keuchel.

Yankees DHs (Chase Headley and Jacoby Ellsbury) were a combined 0-for-20 with eight strikeouts in the postseason. Holliday went 0-for-3 Friday night, all three trips against Keuchel. And Ellsbury, pinch hitting for Holliday in the ninth, struck out against Ken Giles to end the game.

Girardi, who did not say who the DH will be for Game 2, was asked if the Yankees can continue on without getting any production from the spot.

“We have a number of quality hitters in our lineup,” Girardi said. “There’s a lot of teams that you might have a spot that struggles during the playoffs because you run into such good pitching. But yes, I believe we can.”

Holliday wasted no time in his first at-bat since Oct. 1, the final day of the regular season. He swung at the first pitch leading off the third inning and grounded back to Keuchel.

In his second plate appearance, with the Yankees trailing 2-0 and Greg Bird on first base, Holliday hit a slow grounder to second. Jose Altuve, with Bird crossing in front of him, bobbled the ball for an error. The Yankees tried to take advantage of the miscue two outs later when Aaron Judge lined a single to left. But leftfielder Marwin Gonzalez threw out Bird at the plate to end the inning.

Girardi challenged the call, but it was upheld by replay.

Holliday popped up to Altuve — again on the first pitch — to end the seventh.

Holliday hit .231 with 19 home runs and 64 RBIs in the regular season but struggled in the second half. Still, with the way Headley and Ellsbury had performed, Girardi had no reason not to try something else.

“We talked about it at length as a staff and we looked at Matty’s numbers off of lefthanders and how much damage he’s done this year,” Girardi said before the game. “We chose to go that way.”

Holliday hit .267 with five homers and 16 RBIs against lefthanders. He now is 1-for-10 lifetime versus Keuchel, however.

Girardi said he wasn’t sure what to expect from Holliday after his long layoff. Holliday’s most recent action was facing Yankees Game 4 starter Sonny Gray multiple times in a simulated game at Minute Maid Park on Thursday night.

“Yeah, there’s some concern, which was part of the reason I had him take about seven or eight at-bats [Thursday] to try to get used to that velocity and seeing movement on pitches,” Girardi said.

Before Friday, Holliday was part of a bench crew that hadn’t seen much action — or success — this postseason.

The Yankees decided to keep the same roster for the ALCS as in the five-game Division Series win over the Indians. That meant going with 12 pitchers and 13 position players.

Going into Friday, Holliday, Austin Romine and Ronald Torreyes had totaled one at-bat in the postseason.

Torreyes entered ALDS Game 2 the previous Friday as a pinch runner for Todd Frazier in the 11th inning and was picked off second base by Indians catcher Yan Gomes on the first pitch. Torreyes stayed in the game and struck out in his only at-bat in the Yankees’ 9-8, 13-inning loss.