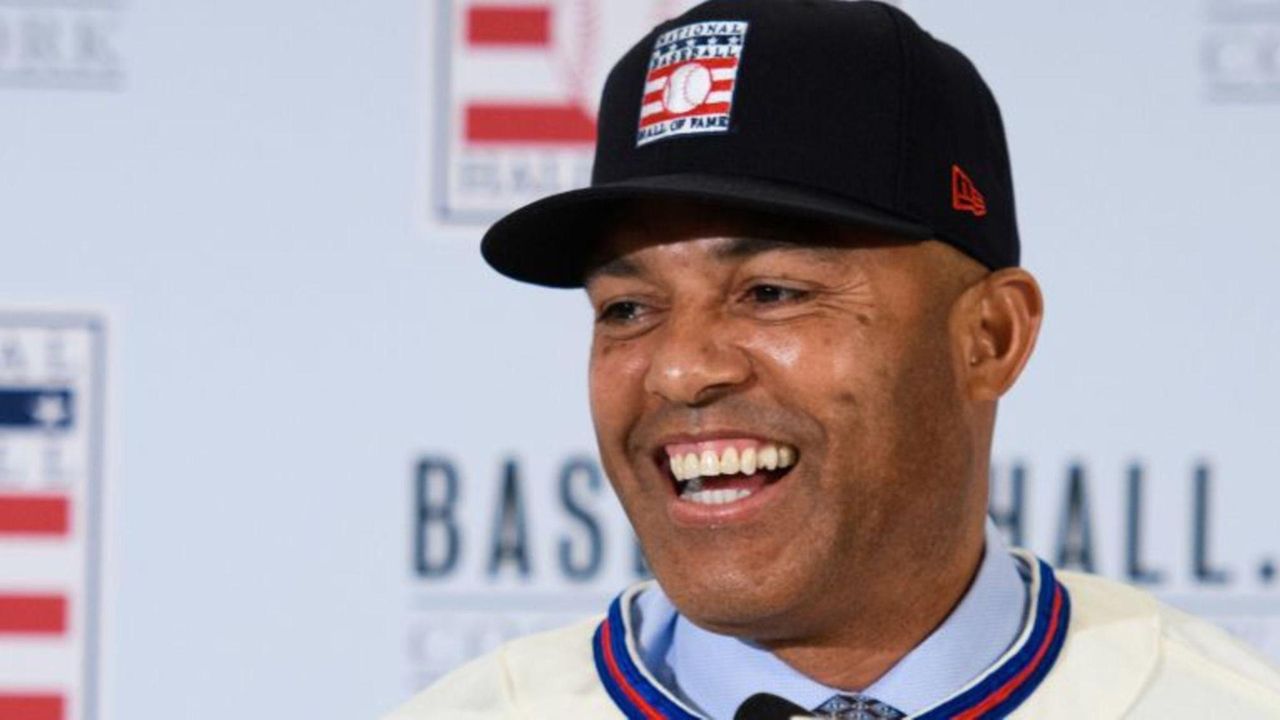 Mariano Rivera, Edgar Martínez and Mike Mussina spoke to the press on Wednesday at the St. Regis Hotel in Manhattan after being elected to the Baseball Hall of Fame by the Baseball Writers' Association of America on Tuesday evening.  Credit: News 12 Long Island; Photo Credit: Corey Sipkin

A day later, it hadn’t quite sunk in for Mariano Rivera. Being elected to the Hall of Fame, yes. But being the first unanimous selection? The legendary closer is still processing that one.

“I would not call it life-changing, but it’s something special,” Rivera said Wednesday at a news conference in Manhattan. “Being unanimous is amazing, something I cannot comprehend.”

Rivera’s devastating cutter helped him accumulate a record 652 saves in his 19-year career with the Yankees. He’s hopeful he can use the attention he’s received for being a unanimous pick to do something for the youth of New Rochelle, where he and his family settled early in his career and have resided since.

It was among the serious notes struck during a mostly lighthearted gathering, with the new Cooperstown class clearly enjoying each other’s company. Rivera was joined on the dais by Mike Mussina, a former Yankee teammate, and Edgar Martinez. Roy Halladay, who died in a plane crash in November 2017, also was part of the quartet elected in results announced Tuesday night.

Martinez’s success against all three pitchers – Rivera and Mussina especially – provided fodder for much of the afternoon’s humor.

“Edgar has to take me to dinner,” Rivera said. “Because of me his average was better, therefore you owe me dinner.”

Martinez went 11-for-19 with three doubles and two home runs against Rivera. When he was asked about his “.579 average” against him, Rivera interrupted the question.

“Why do you have to say that?” a laughing Rivera said to the reporter. “Don’t say the number, all right?”

Mussina, against whom Martinez slashed .307/.337/.627 with five homers in 83 plate appearances, including the postseason, chimed in.

“I helped him, too,” Mussina said, looking at Rivera. “Not as much as you, but I helped.”

“No,” Martinez said with a smile. “That was tough. Facing Mariano always was a challenge. I might have some good numbers but ... every at-bat, even if you get a hit, it doesn’t feel like you got a hit. He’s one of the best in history. His consistency through the years was the best ever. You never felt comfortable.”

“I didn’t want to see Edgar in a tough situation,” Rivera said. “When you faced the type of hitter that Edgar was, you had to really bring your game, because if not, he will have you for breakfast, lunch and dinner, like he did with me.”

In the same back-and-forth, Martinez recalled the 2001 ALCS, which the Yankees would win in five games. Rivera came on in Game 1 to protect a 4-1 lead, but Ichiro doubled with one out and scored on a wild pitch with two outs. Martinez came up as the potential tying run and recalled Rivera’s approach.

“Mariano always will throw the cutter, so I’m like, ‘He’s going to throw the cutter, I’ll go middle away like I always did,’ ” Martinez said before smiling. “Then he throws the first sinker I see from Mariano in his career and I just hit a weak (grounder to first) and it’s game over. I would trade all those hits just for that at-bat.”

Mussina couldn’t resist a playful dig at Rivera when asked about his own vast array of pitches.

Ten players with the highest percentage of Hall of Fame votes:

Lundqvist won't return this season because of heart inflammation
Mets-Marlins a wash as Stroman rips decision to start game
Boone on starting Gardner over Frazier: All about matchups
1:57
Yankees get much-needed win over Rays
Yankees' search for big hit ends in 10-inning win over Rays
Rojas drops Conforto in Mets' batting order
Didn’t find what you were looking for?