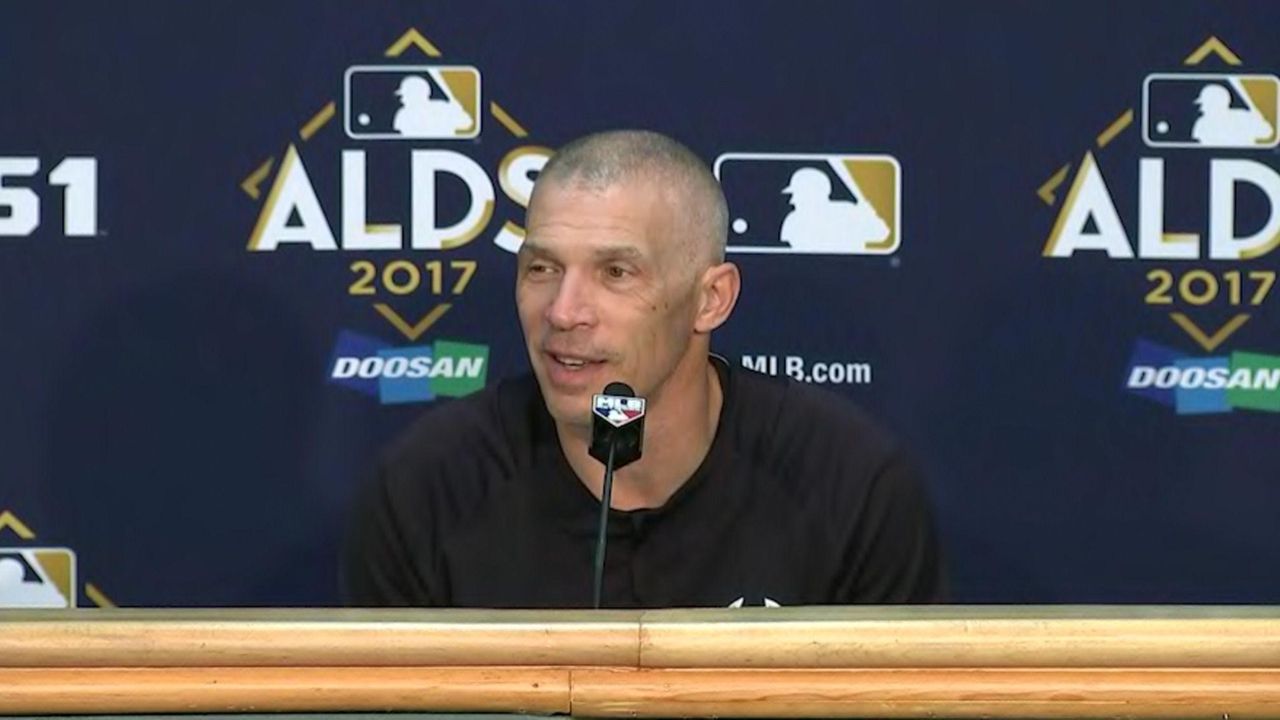 Francona spoke Wednesday afternoon before his team’s workout at Progressive Field, which will play host to Game 1 of the ALDS Thursday night.

Francona said he has not yet met Judge but looks forward to. He would have at this year’s All-Star Game — Francona was the AL manager — but health issues kept him away.

“I didn’t get a chance to meet him because I wasn’t there but everybody came back raving about him as a person,” Francona said.

“I know if you throw it in the wrong place he’s going to hit it a long way,” Francona said. “So we spent a lot of time on him today, just because he’s so dangerous. But I think as far as the game goes, I think he’s really good for the game. When you have young players that are good and seem to behave and act with a lot of respect like he does, it’s really good for the game.”

Indians shortstop Francisco Lindor was in Miami for the All-Star Game and was impressed with Judge, on and off the field.

“It’s fun to watch, it’s a cool thing to witness,” Lindor said. “And he’s a good guy. Had a chance to talk to him and he’s a good person, and that says a lot.”

Lindor, like many of the All-Stars on the sidelines that night, couldn’t take their eyes off Judge during the Home Run Derby. What stood out to Lindor? “He never got tired,” he said. “Never.”

Thursday marks the 10-year anniversary of the “Midges Game,” which was Game 2 of the 2007 ALDS between the Indians and Yankees, the last time the clubs met in the postseason. Unseasonably warm temperatures with high humidity that night resulted in an infestation of midges off nearby Lake Erie, who swarmed Progressive Field (then called Jacobs Field). It affected Joba Chamberlain, who coughed up a 1-0 lead in the eighth inning of what would be a 2-1 Yankees loss in 11 innings.

CC Sabathia pitched for the Indians at the time, though not that night. His memories of the bug invasion from the bizarre night?

“It helped us win,” he said with a laugh.

Joe Girardi said the Yankees were “pretty close” to finalizing their 25-man ALDS roster. They went with 10 pitchers and 15 position players for the wild-card game and Girardi said “yes, absolutely” the plan was to carry more pitchers in this series.