DJ LeMahieu #26 of the Yankees connects on his sixth inning home run during Game 1 of the ALDS against the Minnesota Twins at Yankee Stadium on Friday, Oct. 4, 2019. Credit: Jim McIsaac

LeMahieu went 3-for-5 with a home run and four RBIs in the Yankees’ 10-4 victory over the Twins in Game 1 of the AL Division Series at Yankee Stadium on Friday night.

LeMahieu’s solo home run in the sixth and three-run double in the seventh helped provide the Yankees with enough cushion to win going away.

But in the beginning, it didn’t look as if it was going to be LeMahieu’s night. He led off the first by striking out against Twins starter Jose Berrios. No shocker, it happens. But what happened on defense in the second was a shocker and almost never happens. 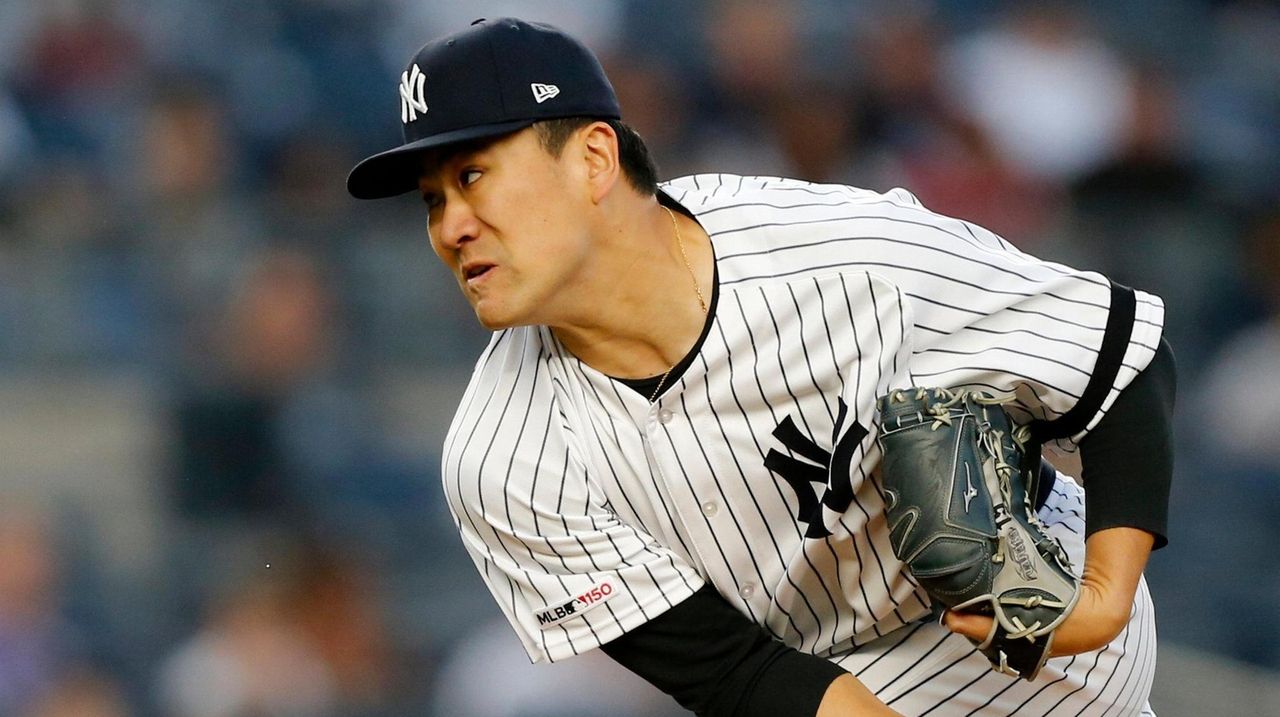 Yankees vs. Twins: Erik Boland breaks down the ALDS Newsday’s Yankees beat writer Erik Boland gives insight on the ALDS between the Yankees and the Minnesota Twins heading into Game 1 on Friday night at Yankee Stadium. Credit: Newsday / Chris Ware

LeMahieu, the Yankees’ jack-of-all-trades, started at first base. There was one out in the second inning and a man on second when C.J. Cron sent a pop-up on the right side of the infield. LeMahieu camped under it, and then watched if glance off his glove and fall to the ground for an error.

“It was like my worst nightmare,” LeMahieu said. “Dropping a popup.”

Fortunately for LeMahieu, he was picked up by James Paxton and Gio Urshela.

Paxton got Luis Arraez to ground a ball to the left of Urshela, who picked it and started an inning-ending, 5-4-3 double play.

“Weird things can happen sometimes,” manager Aaron Boone said. “We got a huge double play to get out of that inning and then DJ says, ‘enough’ and finishes off an impressive night.”

LeMahieu had his big hits later in the night, but he also contributed a bloop single to center leading off the third with the Yankees trailing 2-0. That hit led to a three-run Yankees rally. LeMahieu scored on a double by Edwin Encarnacion and two more runs scored on an error by Cron, the Twins’ first baseman.

Fast-forward to the sixth. The Yankees were leading 5-4 when LeMahieu hit a solo homer into the Twins bullpen in left-center. Brett Gardner followed two batters later with a solo shot to the second deck in right to make it a 7-4 game.

LeMahieu equaled his postseason hit total when he lined a three-run double into the leftfield corner with two outs in the seventh. That gave the Yankees a 10-4 advantage and started “MVP” chants for LeMahieu during the ensuing Aaron Judge at-bat.

Many think LeMahieu was the Yankees’ MVP this season. He hit .327 with 26 home runs and 102 RBIs after signing a two-year, $24 million free agent contract in the offseason. He led the team in games played with 145 while starting games at first, second, third and designated hitter.

“To come though there in a couple situations felt good,” said a typically understated LeMahieu.

Torres, LeMahieu come up big as Yanks win Game 1LeMahieu and Gardner hit solo homers as Yankees continue domination of Twins. Yankees keep James Paxton on a short leashLefthander is pulled by Aaron Boone with two outs in the fifth after allowing three runs and five hits in Game 1 of ALDS. Aaron Judge scores runs, saves runs in Game 1He robbed Jorge Polanco of at least a single, diving on a sinking liner and later laid out to make the catch on Eddie Rosario's line drive -- which looked for sure to be a double.