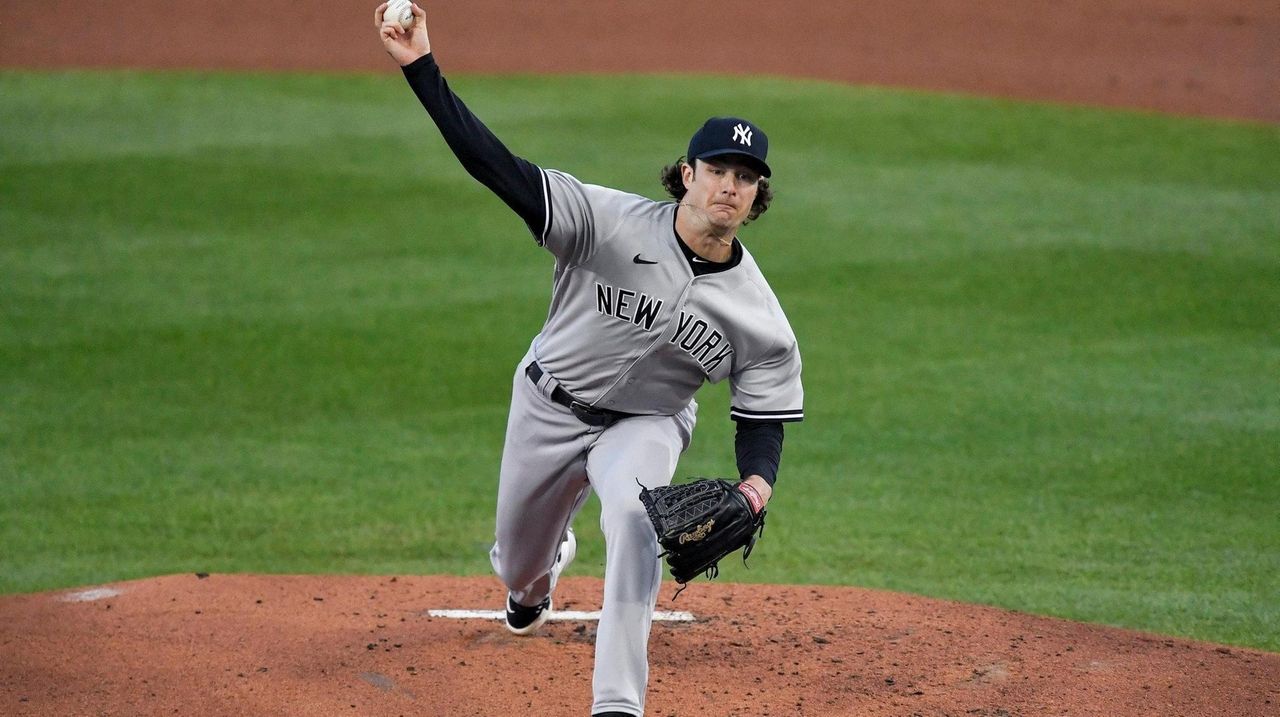 Good thing, too, because that’s when the ace righthander’s next start for the Yankees will be.

Cole, in his final tuneup before the best-of-three wild-card round, which starts next Tuesday, made it four straight strong starts in a 12-1 victory over the Blue Jays Tuesday night at Sahlen Field.

"I’m looking forward to it quite a bit," Cole said of making his first postseason start for the team he grew up in Southern California rooting for. "I think, though, for now we’ll keep our focus on the Blue Jays the next few days and try to finish the season playing good baseball."

The Yankees (32-23), who got four hits from Gio Urshela, two hits and three RBIs from Aaron Hicks and three hits and three runs from Aaron Judge in snapping the modest two-game losing streak that came on the heels of a 10-game winning streak, moved four games ahead of the Blue Jays (28-27) for second place in the AL East. They remained 1 ½ games behind the Twins for the fourth seed, and homefield advantage, in the AL playoff race.

The way Cole is pitching, it may not matter where that first playoff game is held.

The righthander, pitching to backup catcher Kyle Higashioka for a fourth straight start – a combination Boone has said will likely continue in the playoffs – allowed one run and five hits over seven innings, lowering his ERA to 2.84. With a sharp fastball, which still hit 98 mph in his seventh and final inning, and nasty breaking pitches, Cole struck out seven and did not walk a batter.

"I thought we made a lot of quality pitches tonight," Cole said. "Worked out of a coupe of jams well."

Though, in truth, there weren’t many of those on this night as the Blue Jays ended up leaving just two on base.

"Same thing as it’s been," Higashioka said of Cole. "He’s just mixing all four pitches to every hitter, both sides of the plate. Doing a good job throwing strikes, getting ahead. When you’re behind the count against a pitcher [like that], you’re in a pretty tough at-bat."

The Yankees gave Cole all he would need before he threw his first pitch of the night.

Judge, 2-for-17 in four games entering the night since coming off the injured list, singled against Toronto righthander Tanner Roark with one out in the first. Hicks got ahead 3-and-1 before pulling a fastball into the corner in right for a triple that brought in Judge to make it 1-0. At that point, of Hicks’ 33 hits this season, 16 had gone for extra bases. With Luke Voit up, Roark threw one to the backstop, the wild pitch bringing in Hicks to make it 2-0. It was an onslaught from there as the Yankees racked up 15 hits overall.

The lone Yankees’ hiccup occurred in the bottom of the eighth when they brought in lefty Tyler Lyons, who was activated from the alternative site earlier in the day. But he was deemed ineligible to pitch because his name was left off of the lineup cards given to umpires before every game. After a five-minute delay, Zack Britton came on.

Because of COVID-19 protocols this season, the lineup cards are now given to the umpires electronically, instead of the traditional exchange at home plate. That somehow led, Boone said, to the oddity of his card containing Lyons’ name but not the one the umpires received.

"On my card he’s on there," Boone said. "We’ll try to make sure we’re airtight on that moving forward."

Jones a triple threat in undermanned Giants' win over Panthers
Nets' Griffin rested in first of back-to-back set
Insult and injury: Wilson hurts knee, Jets give up 54 to Patriots
Cashman knows he has plenty of work to do up the middle
Sorokin, Islanders shut down Coyotes for their second win
Varlamov ruled out for Vegas game
Didn’t find what you were looking for?