Kyle Higashioka #66 of the Yankees rounds the bases following his solo home run in the eighth inning against Cleveland at Progressive Field on April 22, 2021. Credit: Getty Images/Jason Miller

Take Tuesday’s gift-wrapped win from Atlanta at the Stadium that was supposedly going to extricate the Yankees from their prolonged slump to start the season.

That was followed by an ugly dud a night later.

So take Thursday 6-3 victory over Cleveland on a windy, 45-degree night at Progressive Field for what it was – the Yankees, to their credit, and Domingo German, to his, overcoming one of the worst opening innings defensively they’ve played in some time to get a needed win.

"What started out rough," Aaron Boone said, "turned into a really good night."

But just one win nonetheless that raised their record to 7-11.

Still, there were far more positives than negatives, a rarity to this point of the season.

Kyle Higashioka and Rougned Odor were among the hitting stars, with the former going 2-for-4 with a homer, double and walk and the latter delivering the kind of big late-inning hit missing much of the year His two-out, two-run single in the seventh with the bases loaded off hard-throwing righty Nick Wittgren gave the Yankees a 5-3 lead. 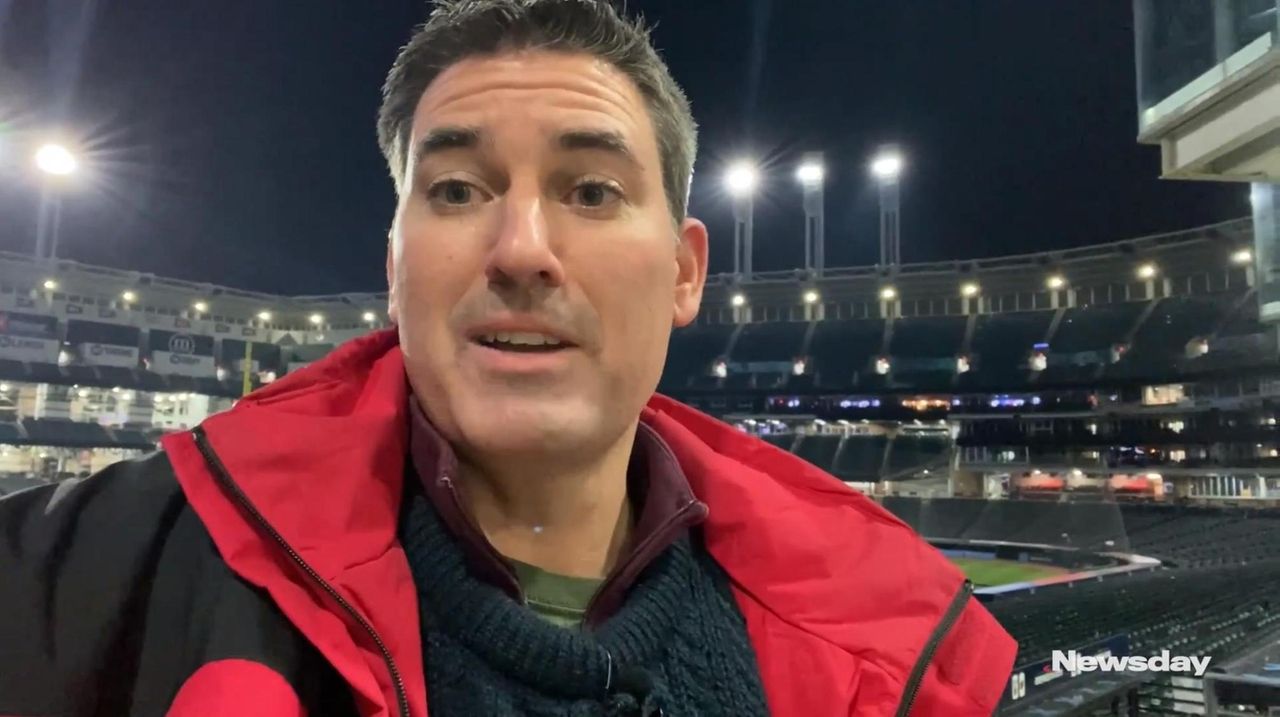 Higashioka’s homer, his third, in the eighth made it 6-3.

Gleyber Torres, criticized for not running out a check-swing comebacker the night before and in a 4-for-32 skid coming in, had three hits, including an RBI single in the third that brought in two runs, which tied the score at 3 (there was an error on the play that brought in the second run).

German, bad in his first two starts before being demoted, rebounded from an erratic 26-pitch first inning in which he allowed three runs (two earned) to last six innings. German allowed seven hits and one walk with six strikeouts.

"A remarkable performance considering how the first inning unfolded," Boone said. "He just settled in and gave us a huge outing."

German, who brought a 9.00 ERA into the night, said of recovering from the first: "You have to stay calm. That’s what it’s all about, executing pitch after pitch and finding your rhythm."

The Yankees, who came into the night last in the AL in runs (58) and averaging 2.57 runs per in their previous seven games, had 11 hits and nine walks.

"We have to figure out a way to throw more strikes," Cleveland manager Terry Francona said.

Cleveland righty Aaron Civale, who came in 3-0 with a 2.18 ERA, allowed three runs (two earned), four hits and four walks over 5 1/3 innings in which he struck out six.

Cleveland (8-9), which has had its own scoring issues this season, led early, helped by, as has been the occasion far too often from the Yankees’ perspective, some slipshod defense. After German struck out Jordan Luplow looking, Cesar Hernandez sent a flare into left. Brett Gardner made a long run and was in position to make a sliding catch but the ball came out of his glove at the last moment, the play scored a hit. Jose Ramirez then doubled to right. Eddie Rosario hit a stinger that banged off first baseman Mike Ford’s glove, the play also scored a hit and resulting in Hernandez scoring to make it 1-0. Franmil Reyes grounded back to German, who started to turn toward second to potentially start a double play, but the pitcher dropped the ball instead for an error, which brought Ramirez across. Josh Naylor’s line-drive single to right brought Rosario home to make it 3-0.

"The crap kind of hit the fan in the first inning," Higashioka said. "It was to his [German’s] credit to give us five shutout innings after that. It was really good he was able to lock it in the rest of the game and give us chance to win."

Yanks take step toward turnaround with victory in ClevelandNewsday's Erik Boland recaps Thursday's victory with all the details from Progressive Field.