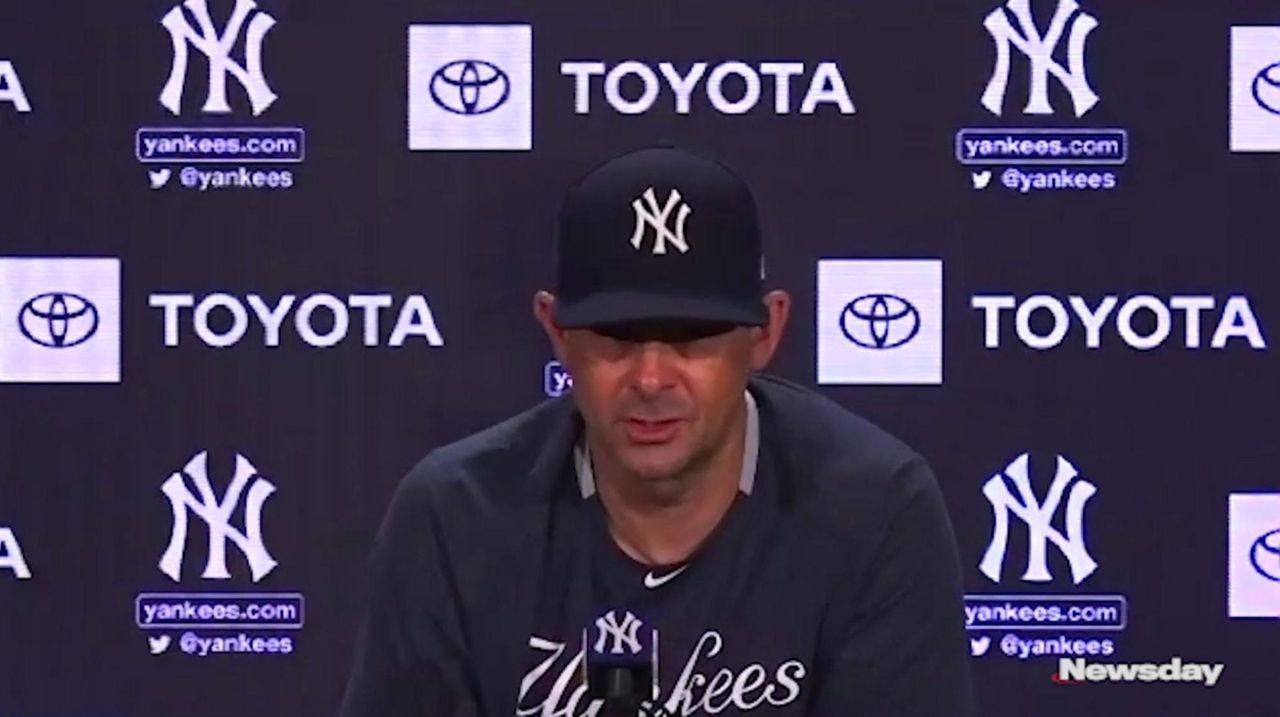 Yankees manager Aaron Boone said he would "support" players who choose to wear masks on the field and wants the team to stay vigilant during the coronavirus pandemic.  Credit: YES Network

Clint Frazier wore a face covering while batting in Sunday’s simulated game at Yankee Stadium, and he plans to wear one when he returns to the outfield sometime this week after battling a nagging foot injury.

But Frazier does not plan to stop there. He intends to wear a mask to protect himself and others from COVID-19 — and to set an example — even when the regular season starts.

“We have three guys right now that aren’t here because of it,” he said of Aroldis Chapman, DJ LeMahieu and Luis Cessa. “I want to make sure I’m not the reason why it spreads to anybody and that I can play if it does spread to someone else.

“This is a big year for me and I want to play and I want to make sure that if there is someone out there that sees me wearing the mask, maybe they’ll do it as well.”

Manager Aaron Boone said he is all for it, as long as Frazier can perform with a mask on.

For now, he still is experimenting with different styles. On Sunday, he wore a gaiter-style covering.

He said he wanted to test it in games, “because there are two people in the box with me and they are in close proximity and I think it’s an easy task to do.”

He added that he wants to be respectful to people in the organization who have been impacted by the pandemic.

“It doesn’t bother me at all,” he said of the masks. “At first it was a little weird, but I feel like it’s something that’s just become second nature at this point.”

Frazier blamed his foot problems in part on putting on 15 to 20 pounds in the offseason and early in spring training, weight he since has shed. “It feels 100% better,” he said.

As for the mask, he recognizes players “have a big platform, and the Yankees make the platform two times as big, so a lot of people are watching.”

He added, “It’s not to make everybody do it, but it’s just to make sure we can make it through a season. It’s like survival of the fittest out here . . . Whatever team has the most people standing at the end is going to win, possibly.”