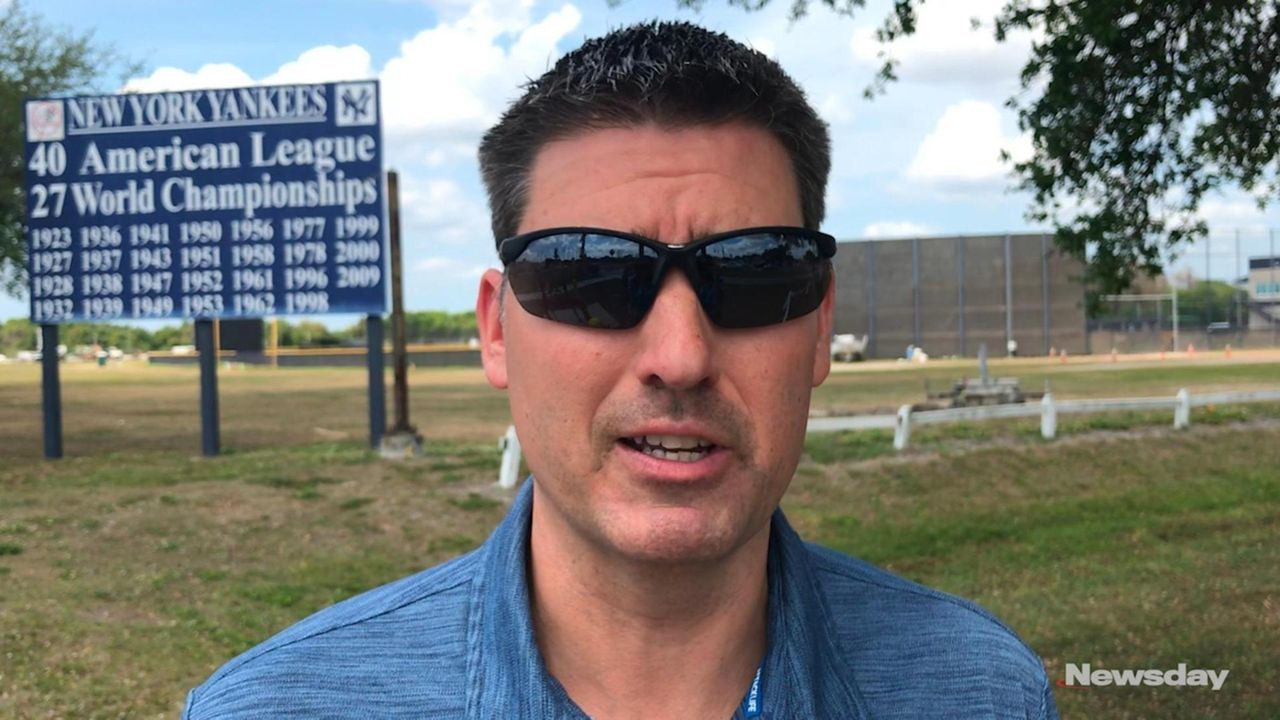 TAMPA, Fla. — At this time of year, the Yankees' minor-league complex normally would be a flurry of activity. Trainers and strength and conditioning staff  would be coming and going, along with the team's sizable player development staff.

And the players . . . so many players, this year roughly 150, spread out over four outdoor practice fields and indoor workout facilities.

But this, as no one needs to be told, is anything but a normal week in March, and on Monday, for the third straight day, the complex was shut down.

That will continue to be the case at least until March 25, the result of an unidentified Yankees minor-leaguer who tested positive for the coronavirus over the weekend.

The minor-leaguer, general manager Brian Cashman said Sunday afternoon on a conference call, experienced symptoms of the virus Friday morning and did not report to the minor- league complex that day. The player and his roommates  immediately were quarantined Friday and the Hillsborough County Health Department recommended that the complex quickly be shuttered, which it was. All Yankees minor-leaguers and some player development staff are under self-quarantine until March 25.

“We've had no other corona testing necessary at this time,” Cashman said. “I think just like anybody in society, is that likely to stick? I would say no, it's not likely to stick. I think that we're all, whether it's in our personal world or professional world, going to experience someone that you personally know or professionally know that might have it or might or will be undergoing testing for that.”

The complex was nearly empty on Monday except for a handful of club employees seen outside putting together box lunches and water for delivery or pickup for the affected staff and minor-leaguers.

One minor-leaguer said via text Monday that they are receiving three meals a day. “[They’re] supplying us with to-go boxes and waters, I think more than enough to get by each day,” he said.

Because of the positive test, the Yankees essentially doubled down on the extensive cleaning already going on at not only the minor-league complex but at Steinbrenner Field, where the big-league team trains and where, at least as of Sunday, a sizable portion of the major-leaguers were working out informally. Steinbrenner Field is located only 1.1 miles away from the minor-league complex.

“We've already initiated those deep cleans with a very specific company and involving a bleaching component,” Cashman said. “Forgive me my amateur ability to describe it, but it's considered one of the better practices or better practices, and those initiatives, they had already started at least the previous week, if not longer before that, and have continued, and as we speak right now [Sunday afternoon], the minor-league facility’s getting recleaned again, not for the first time this week, and the major- league facility [Steinbrenner Field] is going to be cleaned again after the minor-league facility is done today. So those practices have been in place and will continue to be in place.”

Steinbrenner Field was almost as quiet as the minor-league complex  on Monday, as it was a scheduled off-day for the club even before the crisis. Yankees players on the 40-man roster voted unanimously late last week to remain in Tampa and to hold informal workouts so they would be as ready as possible to resume season preparations when the pandemic passed. Those workouts took place Friday, Saturday and Sunday.

But the unanimous vote occurred before the minor-leaguer tested positive. With the situation ever-changing, often by the hour, players already were departing Tampa, and more were expected to follow in the days ahead.

All that is currently known is the unknown. The industry expectation is that at some point, all facilities will be shut down indefinitely, with limited exceptions.

“I can't speak to something that is obviously being evaluated at a much higher level than me, but I can tell you that as one of the leaders here in the franchise, I'm fully engaged with the people above me,” Cashman said. “And our ownership certainly cares about their employees, and they care about our industry, and there's been a task force assigned to handle this communication to and fro, from the federal government to the local community, governments, to, obviously, our employees, through ownership and us. So we're trying to do the best we possibly can, given the circumstances and recognizing the circumstances are changing on a day-in and day-out basis.”