Chase Headley of the Yankees reacts after reaching second base on a single and a throwing error during the fifth inning in ALCS Game 5  at Yankee Stadium on Oct. 18, 2017. Credit: Getty Images / Elsa

The Yankees finally have put the H back in DH.

One night after designated hitter Gary Sanchez hit the go-ahead, two-run double in the eighth inning, Chase Headley went 3-for-4 Wednesday night in the Yankees’ 5-0 victory over the Astros in Game 5 of the American League Championship Series.

Yankees DHs were 0-for-28 in the postseason before Headley had an RBI single in the fourth inning of Monday’s 8-1 victory in Game 3. Sanchez had only one hit Tuesday, but his two-run double capped the comeback from a 4-0, seventh-inning deficit in their 6-4 win. He also had a sacrifice fly.

Headley continued the onslaught Wednesday with a double and two singles as the Yankees took a 3-2 series lead. 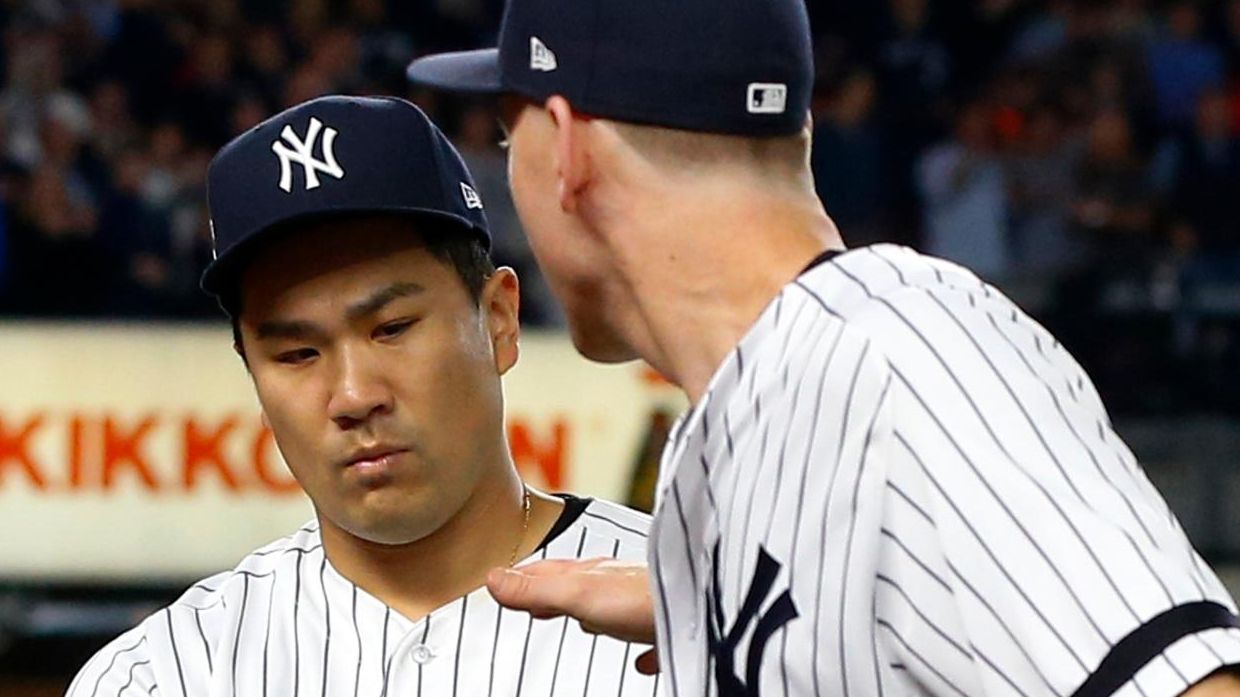 Yankees close in on World Series berth The Yankees beat pitching nemesis Dallas Keuchel and the Astros, 5-0, in Game 5 of the American League Championship Series on Wednesday, Oct. 18, 2017, in front of another thunderous sellout crowd of 49,647 at Yankee Stadium. With the win, the Bombers now find themselves one win away from the World Series. Credit: MLB (Photo Credit: Newsday / Thomas A. Ferrara; Jim McIsaac

“I think you just have to keep in mind that sometimes in 15 at-bats things aren’t going to go your way,” Headley said. “And the last four or five at-bats before I started getting some hits, I had some better at-bats. Just tried to stick with the plan and trust results were going to come.”

With the Yankees leading 1-0 in the third, Headley led off with a single against Dallas Kuechel. Headley was replaced by Brett Gardner on a 3-6 forceout, which turned out to be fortuitous for the Yankees. Aaron Judge grounded a double inside third base and into the leftfield corner. Joe Espada waved home the speedy Gardner, who scored with an unnecessary but totally fun-looking headfirst slide. Odds are Headley would have stopped at third.

Headley got to make a trip around the bases in the fifth when he hit a dribbler to third that Alex Bregman threw past first base. It was scored a single and an error as Headley took second. He scored three batters later on a single by Sanchez to make the score 3-0.

“It’s great,” manager Joe Girardi said. “Had five hits in the last couple of days, which I think is big. When you get in these types of series, you don’t know where the runs are going to come from.”

Yankees one win away from World Series berth

If the Yankees make the World Series, they will not have a DH in the first two games (and last two, if needed) because the National League club will have homefield advantage. Pitchers will bat.

Something tells us the Yankees wouldn’t mind.