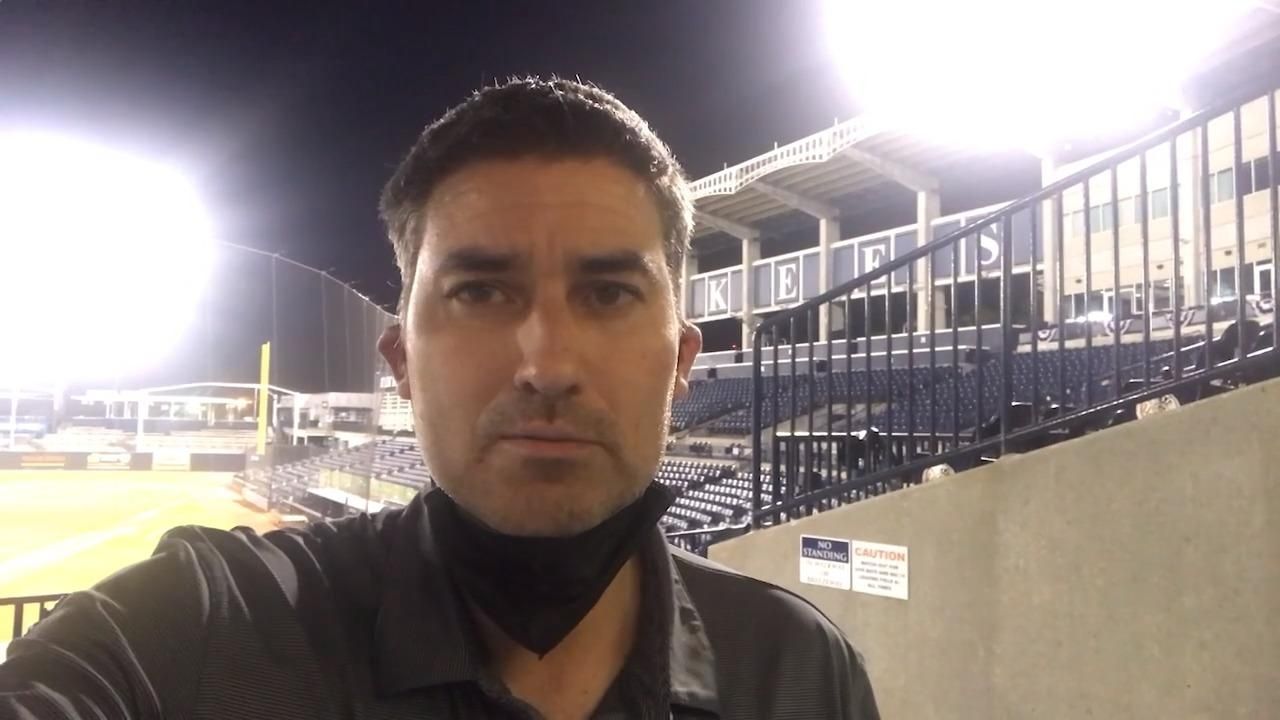 TAMPA, Fla. — Gerrit Cole spoke early in spring training about his goals for the camp ahead, with one of them his desire to "settle into a good delivery" earlier than usual.

Still, he and the Yankees knew there was only one true outcome of importance when it came to the six-week Grapefruit League season: getting through to Opening Day healthy. That’s true for any player who has a roster spot secured.

By all accounts, that has been the case for Cole, who will start Thursday against Toronto on Opening Day at Yankee Stadium. He had his final tuneup Friday night in the Yankees’ 4-1 loss to the Orioles at Steinbrenner Field, and though his secondary pitches weren’t quite as sharp as they had been in some of his other outings, the results were just fine.

Throwing to Gary Sanchez, as he will in the opener, Cole pitched 5 2⁄3 scoreless innings, allowing two hits and striking out five. He finished the Grapefruit League season 3-0 with a 2.45 ERA, striking out 24 and walking three in 18 1⁄3 innings.

Is he regular season-ready? "Yeah," he said after his outing. "I think we’ve hit every marker this spring so far. Should go out there [Thursday] with a pretty full clip. Been happy with the shapes of the pitches, been happy with attacking the zone. So I feel like I’m as prepared as I can be."

He laughed. "There’s no more starts [this spring]," he added.

With his fastball sitting at 95-98 mph — "normal for him," said one rival scout — Cole struck out one in a perfect first and worked around consecutive errors by shortstop Tyler Wade to start the second. Cole ran his strikeout total to three in the third, when he allowed his first hit of the night. He retired the O’s in order in the fourth and fifth and gave up a hit in the sixth.

"I’ve liked his progression the whole way," Aaron Boone said Friday afternoon. "I feel like the stuff has been pretty much there from the start. We’ve seen good stuff. Maybe one game it was really good fastball profile, shape, and good sliders, maybe the next start didn’t necessarily have his slider. He’s been able to land his curveball how he wants to. I think his last start, he actually put it all together."

In Cole’s previous start, March 21 in Dunedin against the Blue Jays, he allowed one run in five innings, striking out eight.

"It’s been as normal a spring as I’ve had in my career," Cole said after that start, adding that although he pitched only 73 innings in the COVID-19-shortened 2020 season, he believes that 200 innings is attainable.

When Boone spoke Friday, it sounded as if that night’s results would be almost irrelevant, other than the continued pitch count build-up. The start in Dunedin told him Cole was ready to go for the regular season. Then Cole confirmed it Friday.

Cole feels equally good about the rest of the rotation, which entered spring training full of health questions but has come through unscathed. "Heck, we’re getting out of the gate six deep," he said. "I don’t think we’re going to carry six but, boy, that doesn’t happen quite so often, so we’re in a good spot."

DJ LeMahieu, considered among the best pure hitters in the game, is 2-for-18 with four strikeouts in his career against Cole. He prefers the vantage point he has while playing behind him to facing him.

"I’m glad he’s on our team," LeMahieu said a few hours before leading off and playing third against the Orioles. "Not fun [facing him]. Not fun. It’s not a comfortable at-bat. Never had much success off of him and definitely don’t envy those hitters hitting off of him."

Or, as has mostly been the case thus far, not hitting.