TAMPA, Fla. — Brian Cashman suggested during the offseason that Gleyber Torres’ rough 2020 season — both at the plate and in the field — was the result of the shortstop not being "in the best shape to start the second spring training" in July.

On Friday, Torres didn't outright dismiss those comments but didn’t seem to completely agree with them either.

"Last year, I [couldn’t] prepare myself really well because everything," he said, referencing the COVID-19 pandemic that shut down spring training in mid-March. "[Steinbrenner Field and most workout facilities] was closed and things like that."

Asked point-blank if he agrees with Cashman’s assessment, Torres — who has not spoken to the general manager about it — said: "Like I said, I [didn’t] feel really good in the first half of the season because of COVID and things like that. But after my injury, I felt really good and I fixed things I didn’t fix in the first half." 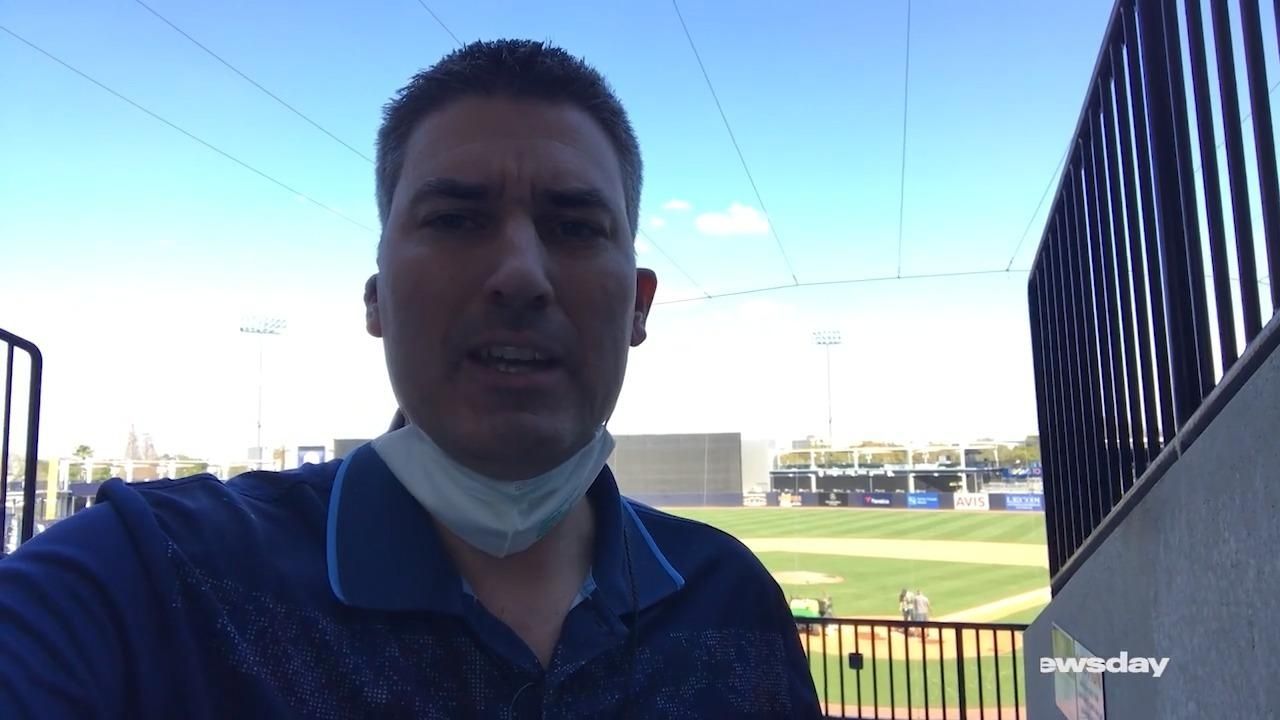 Yankees set up pitching rotation for spring games The Yankees begin their Grapefruit League games on Sunday, and on Friday, Newsday's Yankees beat writer Erik Boland explains how the Yankees will use deploy their starting pitchers for the first few days. Credit: Newsday / Erik Boland

Torres said going on the IL might have been a net positive for him. And in saying that, he gave at least a tacit acknowledgment to Cashman’s evaluation.

"Before my injury, overall, I didn’t feel great, defensively I didn’t feel really good," said Torres, who hit .360 with a 1.147 OPS in his first nine games after coming off the IL. "I think the best thing that happened to me [was] when I get injured. After I came back from the injury, I felt really good. I lost weight and I played a little bit better after that."

Continuing that positive trend, he went 10-for-23 with seven walks, two home runs and five RBIs in seven postseason games

Said Torres, "This offseason after we lost to Tampa, I just took one or two weeks [off]. After that, I started preparing myself. Not [because of what] Cashman said; I just wanted my body to feel really good again and to get better and better. I think that is the way I’ll be better every year and I just prepared myself really well."

By all accounts, regardless of the why, Torres arrived in camp in terrific shape.

"He worked really hard during the offseason and you can see the way he’s moving right now," bench coach and infield coach Carlos Mendoza said. "We’re very pleased with where he’s at right now."

"Everybody knows how difficult the year was. Especially when we got shut down in spring training, it was so hard to get ready because we didn’t know when we were going to get back to playing games again," he said. "This year he looks really, really good. We’ve seen it in the early going and we’re very happy with where he’s at right now."

Torres said the confidence that has been part of his game since his days as one of the top prospects in the game never took a direct hit with his difficulties last year, which isn’t to say those troubles had no effect.

"I was confident, but I mean too many things like COVID, injuries, errors and things, sometimes you can lose a little in your mind," Torres said. "But I mean, things happen. I just feel great right now. I believe in what I can do. And just try to play hard and [have] fun. That is a goal right now."