Manager Joe Girardi #28 of the New York Yankees speaks to the media at Yankee Stadium on Saturday, Oct. 7, 2017 in the Bronx borough of New York City. Credit: Jim McIsaac

With the help of his players, Joe Girardi has essentially set himself up for a do over in Game 5 of the American League Division Series with the Indians.

He has 10 solid years as the Yankees manager, but his legacy could be determined by the outcome of this series.

Girardi’s players can rescue him from being a latter day “Clueless Joe” over his blunder in Game 2 when an 8-3 lead evaporated over a chain reaction of events that was highlighted by Girardi not challenging an umpire’s call of hit batsman.

Will Girardi join the likes of former Red Sox managers John McNamara and Grady Little, whose decisions in big postseason spots essentially defined their career, or will this be a footnote on Girardi’s resume, one he may even be able to laugh about in the long run? 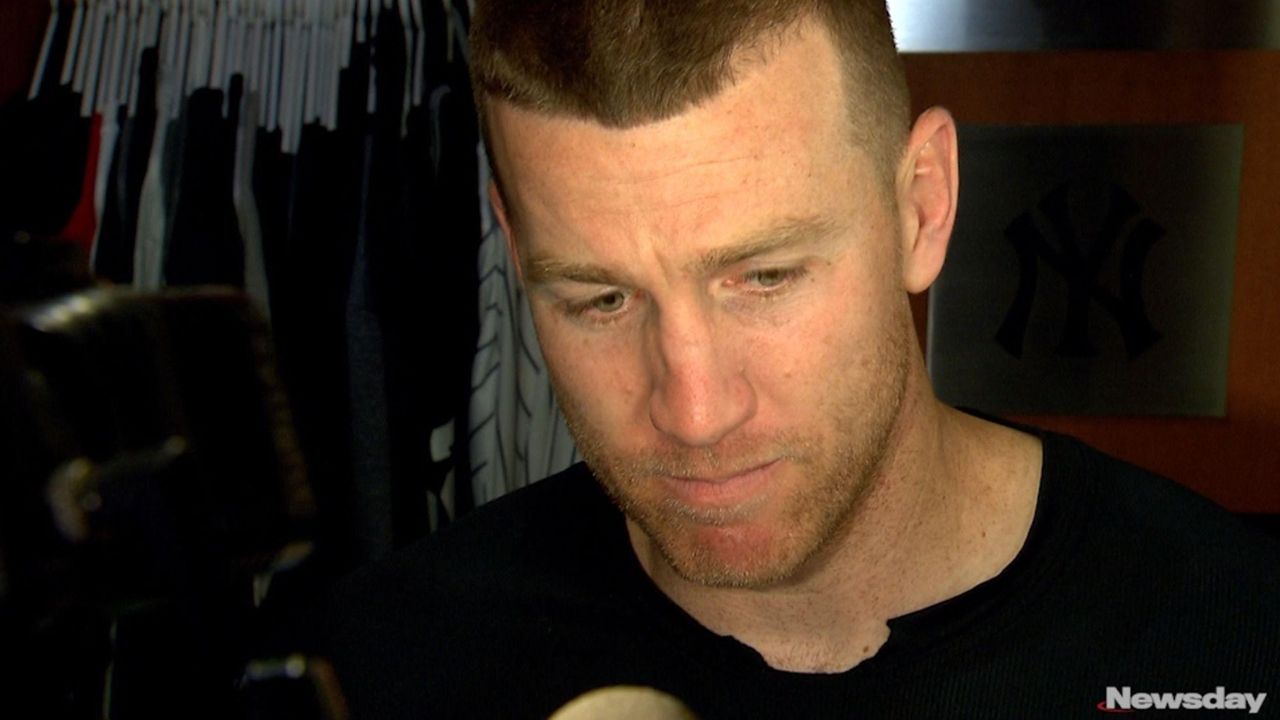 The drama unfolded in the sixth inning. Girardi removed CC Sabathia — who will start Game 5 — with a runner on first and one out. Sabathia had allowed two runs on three hits to that point. Reliever Chad Green retired Austin Jackson but gave up a double to Yan Gomes, placing runners on second and third.

Lonnie Chisenhall was next and on an 0-2 count he appeared to strike out on a foul tip that was caught by catcher Gary Sanchez. Plate umpire Dan Iassogna ruled that Chisenhall had been hit in the hand and awarded him first base. The batter never reacted as if he had been hit.

“I’m not the umpire,’’ Chisenhall said when asked if he had been hit.

The replay appeared to show the ball hitting the knob of Chisenhall’s bat. Sanchez yelled that into the dugout, but Girardi did not ask for a challenge. Francisco Lindor hit a grand slam, making it 8-7, and the Indians eventually won in 13 innings, putting the Yankees into an 0-2 hole in the best-of-five series.

It took Girardi two days to admit that he “screwed up.’’ And it has weighed on him since. He was emotional about it after the Yankees won Game 4 Monday night.

Will we see Betances in a close ALDS Game 5?

“When you go through what we went through on -- I don’t even remember what day that was,’’ Girardi said Monday. “Friday. It’s as difficult a loss as I’ve had as a manager. Had some difficult losses as a player. But it’s really difficult. And it’s difficult because I care so much. And it’s not just -- it’s not caring about myself. It’s caring about everyone else that is involved and that is wrapped up in the Yankee baseball.

“You know, whether it’s the fans, the front office, the owner, the players, the trainers, the support staff, the coaches. I really care. And, you know, we’ve gotten it back to 2-2, and we got a shot now. So it’s a totally different feeling than it was the other day, and these guys have picked me up.’’

The front office, from managing general partner Hal Steinbrenner on down, have said nothing against or in support of Girardi since his ordeal in Game 2. His contract is up after the season, but it would not be Steinbrenner’s way to make a decision on Girardi’s return based solely on his gaffe.

There may not be a “Win this for Joe’’ mantra, but the players realize what Girardi has been going through.

Lennon: Severino bounces back like an ace in win

“That’s tough, man, especially in New York,’’ Todd Frazier said. “It’s a tough place to play in. He took [criticism] graciously, took it well. We got his back for sure, hundred percent.’’

As for Game 5, Frazier said, “It might be a mistake that’s gonna cost somebody, there might be a big hit. It’s playoff baseball. You really don’t know what to expect.”

Sabathia will be opposed by Corey Kluber, the favorite for the Cy Young Award, who allowed six earned runs in 2 2/3 innings in Game 2.

“We just ready for a battle, we’re going to go in there with a lot of momentum and have some great at bats,’’ said Aaron Hicks, who hit a three-run homer off Kluber in Game 2. “We’ve got a lot of confidence against him. We’re a confident bunch, a confident team. We know that we can win ball games. We won two in a row, now it’s time to go and win a third.’’

Girardi: Yankees' hitless DHs are due