CLEVELAND — Taken in totality, the Yankees had a successful series here. Any time a team takes three out of four, it’s a net positive. Still, the Yankees left Progressive Field with a bitter taste in their mouths after a 7-3 loss to Cleveland in the series finale on Sunday.

After comeback victories in the first three games — including storming back from consecutive 3-0 first-inning deficits the first two nights — the Yankees failed to hold their own three-run lead this time.

Jameson Taillon, given that 3-0 cushion in the fourth on back-to-back homers by Gio Urshela and Mike Ford, could not hold it, allowing all four of his runs in the bottom of the inning as Cleveland took the lead for good at 4-3.

"I thought I threw the ball really well, but this is a results league, and you get to two strikes and you give up two-strike hits, that’s all it takes to win a game," said Taillon (0-2, 6.23), who allowed four runs and five hits with six strikeouts in four innings. "All it takes today is a streak of three or four hitters to ruin our chances at a win."

In the top of the fourth, Gleyber Torres singled and Urshela drilled a two-run homer to center, making it 2-0 and marking the first time in the series the Yankees scored first. Ford then slammed a 3-and-1 fastball to right-center for a three-run lead.

Taillon, however, could not do what Gerrit Cole did the night before immediately after homers by Aaron Hicks and Rougned Odor gave him a lead — provide a shutdown inning.

Cleveland had four straight hits to start Taillon’s 37-pitch fourth, all with two strikes. After singles by Cesar Hernandez, Jose Ramirez and Eddie Rosario made it 3-1, Franmil Reyes lofted a high fly to rightfield. Aaron Judge drifted to the wall and briefly appeared to have a chance to catch it, but the drive carried over his leaping try and into the stands for a three-run homer that made it 4-3.

The final three hits came on 1-and-2, 0-and-2 and 1-and-2 pitches. "Two-strike hits, that’s kind of been the story of my year so far," Taillon said. "Seems like 90% of the hits I’m giving up are with two strikes. I’m doing a good job of getting there . . . Out of 82 pitches I made today, I felt like I made a ton of really good ones, but you have to make the big ones when it counts."

The Yankees still were in the game, but Nick Nelson let it get away. He allowed a run in the fifth and two more in the sixth on a triple by the 6-5, 265-pound Reyes (who had the first two triples and the first stolen base of his four-year career in the series), Jordan Luplow’s RBI double and Austin Hedges’ RBI single as his ERA ballooned to 9.72. 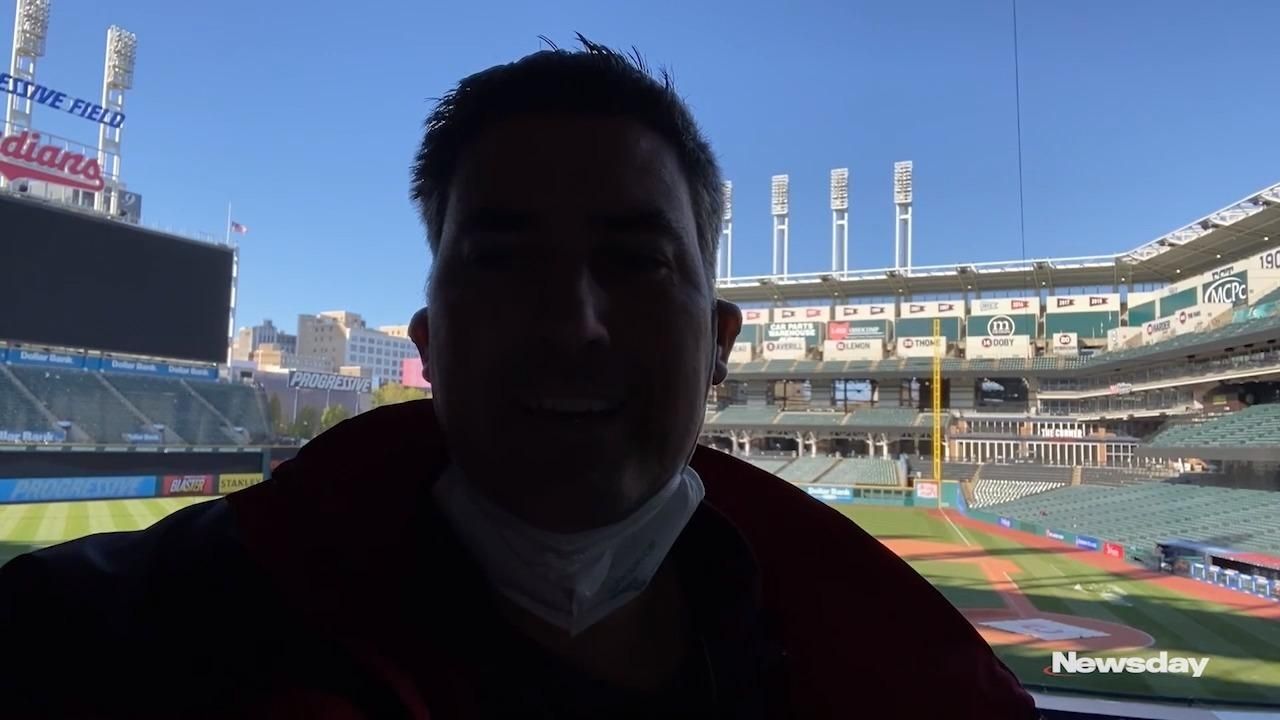 The Yankees optioned Nelson to the alternate site after the game — they need a roster spot for Deivi Garcia, who will start Monday night in Baltimore — a move Aaron Boone telegraphed a few minutes into his postgame news conference.

"I think the important thing for right now is get him kind of back on track and making sure the strike-throwing is where it needs to be," Boone said.

The Yankees, who stumbled into this series with an American League-worst 6-11 record, hit nine home runs in the four games and bumped their record to 9-12 entering the four-game series at Camden Yards.

"Our at-bats are getting better," Boone said.

But that ended Sunday after the fourth-inning outburst. Triston McKenzie allowed three runs and four hits in four innings before four Cleveland relievers allowed no runs, two hits and a walk in the final five.

Garcia ready to make his 2021 debut against Orioles He's happy with how he's developed his slider at the alternate site.

Taillon credits bad start for recent turnaround
Gil comes up from minors and throws blanks as Yanks rout O's
Lennon: It's an emotional big-league debut for LI's Stephen Ridings
Walker's woes continue as Mets fall to Marlins
Mets notes: Nimmo back in lineup for real, Castro negative, Pillar wins award
Knicks manage to bring back Gibson on 1-year deal
Didn’t find what you were looking for?