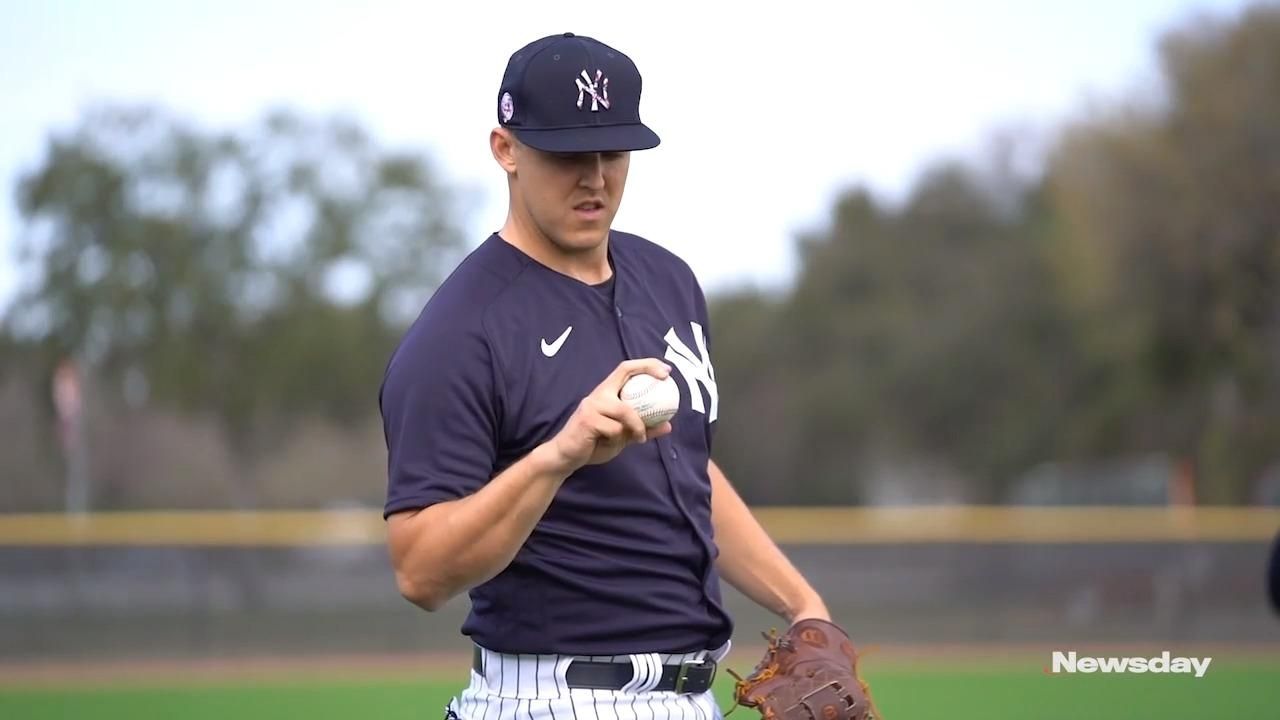 There were many questions surrounding Jameson Taillon when he initially signed with the Yankees, but so far the pitcher has been able to answer them positively. Newsday's Erik Boland reports. Credit: Newsday / Erik Boland

Even with the walks.

The righthander, who entered camp with as many questions surrounding him as anyone on the Yankees' roster, has done just about all he can to answer them in a positive way.

Taillon, who has spent the better part of the last two years recovering from a second Tommy John surgery in August 2019, threw 2 2/3 scoreless innings in a 4-2 victory over the Tigers at Publix Field.

Taillon, though not as sharp as in his first two outings — he allowed two hits and three walks but struck out four — worked out of a couple of jams.

"I hate that [walks] more than anything," said Taillon, who has not allowed a run in 5 2/3 innings in his three outings, giving up four hits and four walks and striking out nine. "But pitching through jams and having guys on and having to change my looks to second, having to change my tempo with a runner on first, having to make pitches with a guy on third, I mean, those are all good experiences for me right now. Made pitches when I had to."

Most significant, Taillon, who hasn’t pitched a full season since 2018, feels strong.

"I'm healthy and the ball’s coming out of my hand really well," he said. "So super-grateful for that."

For a variety of reasons — their versatility, experience and status as lefthanded hitters the most prominent ones — the Yankees would like Jay Bruce and Derek Dietrich to make the roster out of camp. Both are off to good starts, Bruce in particular. But if one or both makes the club, it almost certainly would come at the expense of Mike Tauchman, who is out of options and more than likely would be picked up by another team.

"We'll just see. It has a way of working itself out, too," Aaron Boone said. "While we're only a couple of weeks away from that decision, that two weeks can sometimes be a long time away, and things can change or evolve or declare themselves for you. So we'll just see how the next couple of weeks plays out. And then maybe we'll have a very difficult decision."

All three played Friday, with Bruce going 1-for-2 with a walk (he did struggle with two plays on defense at first base), Dietrich going 0-for-2 (he was hit by a pitch) and Tauchman going 1-for-3 with a run.

Yankees' Taillon putting questions to rest in spring trainingThere were many questions surrounding Jameson Taillon when he initially signed with the Yankees, but so far the pitcher has been able to answer them positively. Erik Boland reports.

Omar Silverio's 28 points lead Hofstra past Detriot Mercy
Glauber: Garrett firing could be a pivotal moment in Judge's career
NHL postpones at least two Isles games due to COVID-19 outbreak
Stephenson: Fox getting tougher, and having Reaves as backup helps
Rangers' Panarin fined $5G for throwing glove at Marchand
Strahan remains an icon for current Giants players
Didn’t find what you were looking for?