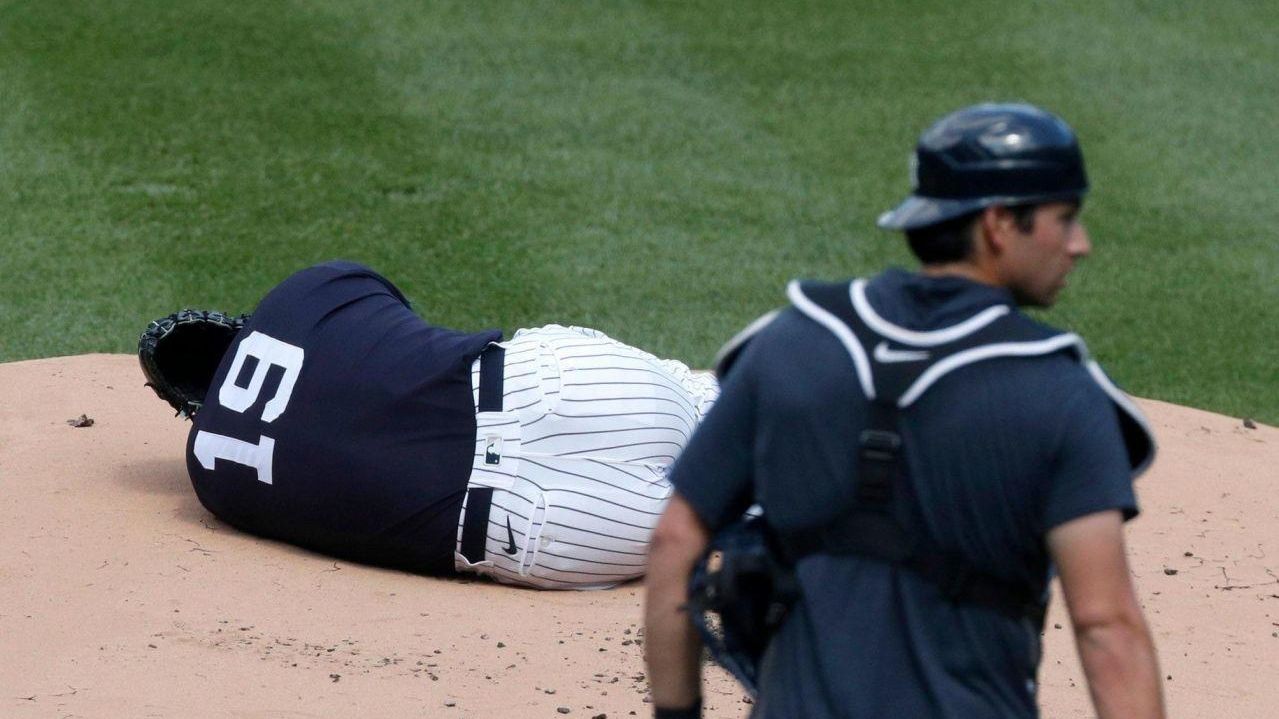 Yankees pitcher Masahiro Tanaka was hit by a Giancarlo Stanton line drive during a simulated game at Yankee Stadium on Saturday. He was helped off the field and later was "alert and responsive," the team said. Credit: Newsday / David Lennon

Masahiro Tanaka lay nearly motionless on the mound for roughly five minutes Saturday afternoon after being hit in the head by Giancarlo Stanton's screaming line drive during a simulated game at the Stadium.

Boone said Tanaka had “concussion-like symptoms” but that a “battery of tests,” including a CT scan, taken at NewYork-Presbyterian Hospital came back negative.

“Feel like we’re getting good news on that front,” Boone said.

Tanaka was released from the hospital on Saturday night. He tweeted in English: “I appreciate all the support. I feel it a bit right now, but I’m all good. Going to try to get back on the mound ASAP! Thanks again for all the encouraging words!”

The background music that had been present since the morning played loudly as Stanton stepped in against Tanaka. After taking two pitches, he sent a liner back up the middle that appeared to connect squarely with the right side of Tanaka’s head. The ball ricocheted upward and seemed to stay in the air for minutes, eventually coming down near the backstop on the third-base dugout side.

“The first thing when something like that happens is you worry about a guy’s life,” Boone said. “Those are the scary moments. That’s your immediate focus and reaction and just hoping and praying that he’s OK.”

After being looked at by the training staff, Tanaka was led off the field and into the clubhouse. 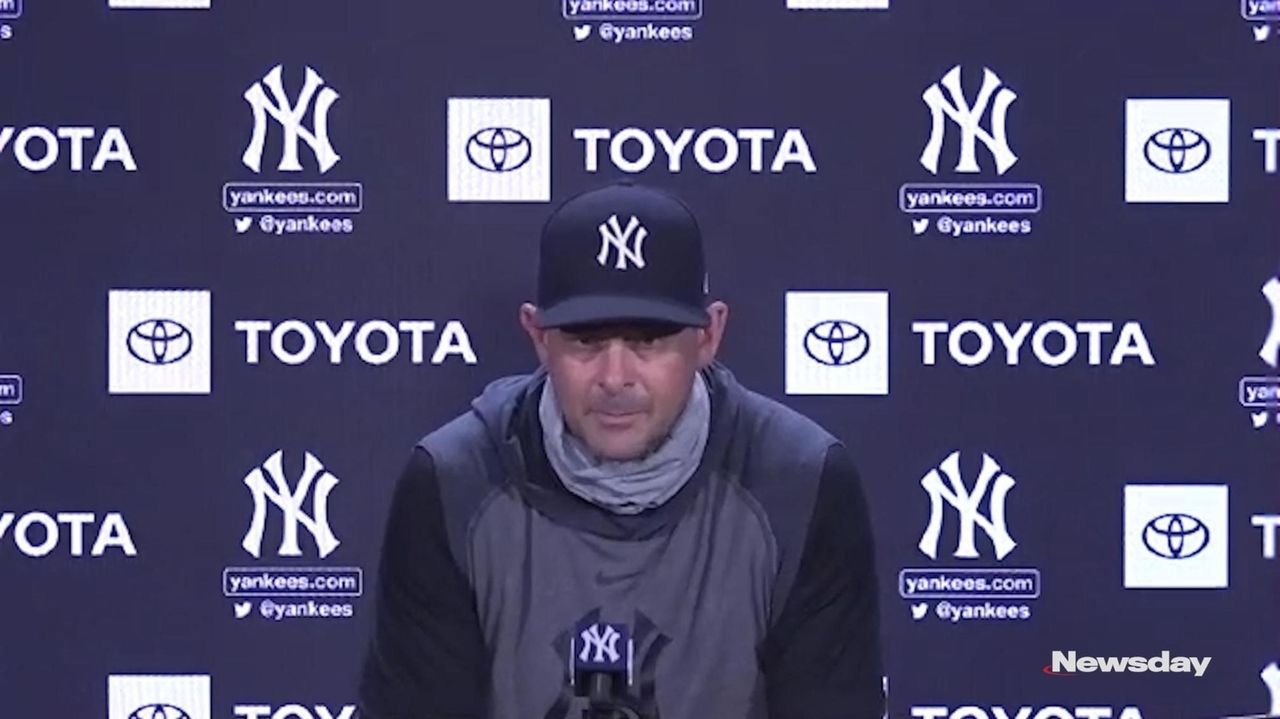 About an hour after Tanaka left, the Yankees announced that he was “alert, responsive and walking under his own power.”

It was a frightening start to the resumption of Yankees spring training.

“It's definitely horrible,” said lefthander Jordan Montgomery, who followed Tanaka to the mound for a simulated game of his own. “I'm just thinking and praying for him right now. I hope that he's OK and doing good.”

Gleyber Torres and Aaron Judge preceded Stanton into the batter's box against Tanaka and hit without incident.

“Obviously, it sucks to see something like that, especially during something as simple as a sim game,” Hicks said. “It’s just one of those things where, as soon you step onto the field, anything can happen, and just kind of sucks that it happened to him.”

After Tanaka was hit by the liner, players and staff rushed to the mound as Stanton — who was hit in the face by Mike Fiers' fastball in 2014 while a member of the Marlins — bent over worriedly and just stared at the ground.

The boisterous music soon stopped and Tanaka was tended to in complete silence, occasionally banging his leg softly on the dirt.

Stanton went back inside, his hitting work in simulated games done for the day. He did return to the outfield about 45 minutes later to play catch and later took full batting practice.

“I think he was OK,” Boone said of Stanton. “And a little bit of relief to see [Tanaka] walk off [the field] and then we were able to let G know later than he [Tanaka] was doing well. I don’t necessarily want to speak for G, but he seemed to handle it as well as could have been expected.”

Tanaka pitched without a protective screen in front of him, which is typical for simulated games — with every team, not just the Yankees — and Boone said that isn’t likely to change. Pitchers can request one, but in simulated games, the vast majority of them don’t want it. Montgomery requested one after watching Tanaka get hit.

"Masa did not want it,” Boone said. “You have to get out there at some point without it. We’ll have some guys I’m sure will have it out there, some guys won’t. Obviously, it’s incredibly unfortunate what happened today, and we’re hopeful we avoided something really bad happening, but unfortunately that’s sometimes the risk that goes along with it.”