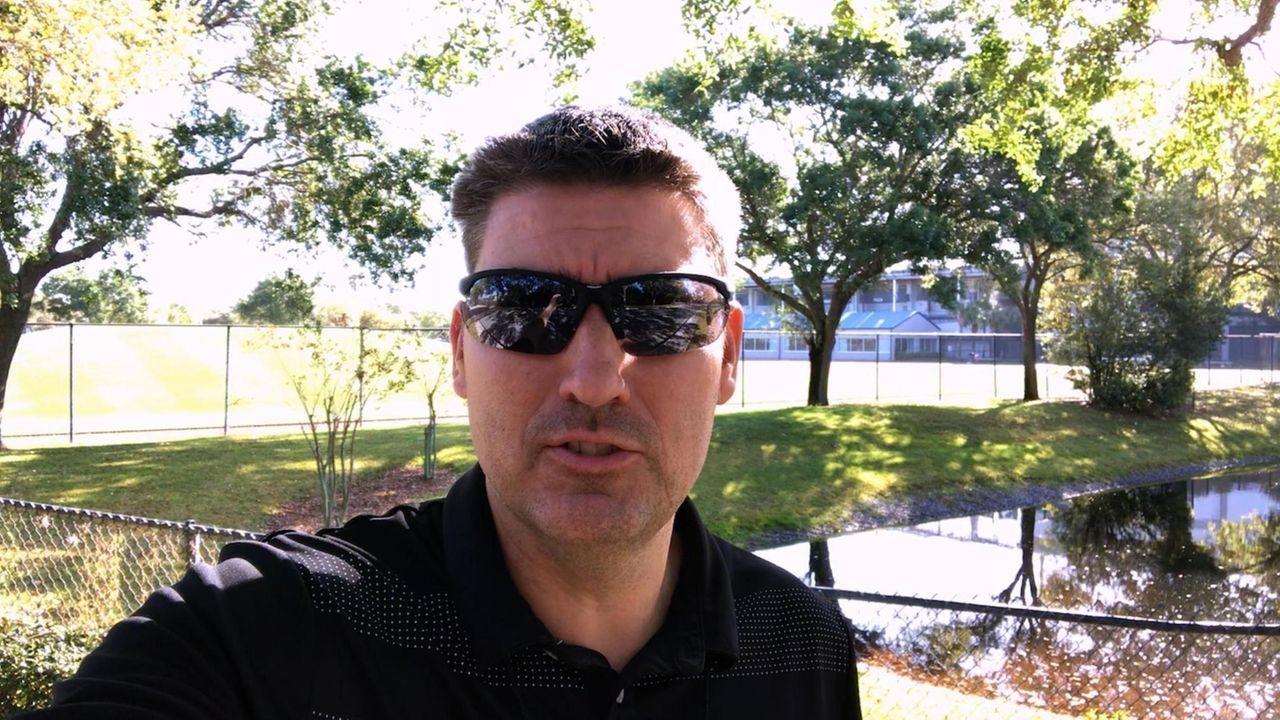 TAMPA, Fla. — The coronavirus officially hit home for the Yankees on Sunday when it was learned that one of their minor-leaguers has tested positive for the illness.

The player, who has not been identified, is the first minor- or major-leaguer in the sport to be diagnosed with the virus, which has shut down the world of sports and much of the world in general.

“I was certainly hoping not to be on a conference call today with everybody involved under these circumstances, Yankees general manager Brian Cashman said Sunday afternoon, "but at the same time, what's happened globally, I certainly didn't not expect [this] at some point to visit us and have to be speaking to it.”

As of Sunday morning, the Florida Department of Health announced 39 new cases of the coronavirus in the state, three of them in Hillsborough County, where the Yankees’ major- and minor-leaguers train.

“The Hillsborough County Department of Health [and its director, Dr. Douglas Holt] has been the lead force in this process, telling us what we have to do and when we have to do it,” Cashman said.

Cashman stressed that the diagnosed minor-leaguer, who was tested after complaining of fever and fatigue Friday morning, immediately was quarantined that day and had never been to Steinbrenner Field, where the major-leaguers train during spring training. Additionally, the player had not been linked with anyone on the major-league side. Cashman said the minor-leaguer "feels much better, although still isolated."

“He did not have any interactions with our major-league players,” Cashman said. “And the Department of Health has communicated to us that they had very little concern about that.”

Still, it is not uncommon for Yankees major-leaguers to get additional work in at the team’s minor-league complex, which is only 1.1 miles away from Steinbrenner Field. And it was not clear Sunday how many — if any — major-leaguers visited the minor- league complex toward the end of last week.

It also was not clear how much interaction the diagnosed player had with minor-league staff or fellow minor-leaguers. No further coronavirus testing had been scheduled for anyone in the organization.

Complicating matters is the sheer number of minor-leaguers in camp — in the Yankees' case, it is in the range of 150 — and the uncertainty of the virus’ life cycle on various surfaces.

“It doesn't mean it [the virus] was in existence here. He could have contracted it outside of this location and then it is possible that it did not get spread through this location either,” Cashman said. “But since we don't know those answers, we have to apply the best practices and follow the directives of the Department of Health, and we're certainly going to comply with that and comply with all their directives to the best of our abilities, as you would expect.”

Cashman said he informed the Yankees' major-leaguers of the positive test in their clubhouse Sunday morning at Steinbrenner Field, where much of the roster has been participating in abbreviated workouts since spring training activities were officially suspended on Friday.

Yankees players Friday morning voted unanimously to remain in Tampa as a team to continue working out, but that likely will come to an end soon.

Before the news of the positive test broke, Major League Baseball  issued a memo to teams Sunday that essentially instructed them to end organized workouts and, by extension, informal ones, too.

“The strong recommendation from our infectious disease and public health experts is that Clubs should avoid all activities in which players congregate in significant numbers or are otherwise unable to practice the ‘social distancing’ protocols recommended by the CDC (Centers for Disease Control),” part of the memo read. “Until we inform you otherwise, Club Spring Training facilities must be open to Major League players who desire to use it. Major League players should be provided access to the facility, which may be operated by a limited staff.”

With the crisis appearing far closer to its beginning than its end, it would seem that fewer and fewer of those players will choose to do so.

When he was asked if he thinks a full shutdown will be implemented soon, Cashman said, “That would be above my pay grade. We are walking that fine line. No different than any other industry or any other community.”

MLB takes stronger stance against clubs holding workoutsThe proposed two-week delay for Opening Day, re-scheduled for April 9, no longer seems feasible. Mets shut down minor-league camp amid coronavirus concernsFor the Mets, that was a departure from their loose plans just a day prior, underscoring the fluidity and unpredictability of MLB's coronavirus-induced hiatus. Minor-leaguers from other countries caught in catch-22Those who face repercussions if they go back aren't getting paid to stay here.