Yankees designated hitter Giancarlo Stanton celebrates with Aaron Judge after his grand slam against the Orioles during the fifth inning of an MLB game at Yankee Stadium on Monday. Credit: Kathleen Malone-Van Dyke

But as German said Sunday after lasting only three innings in a loss to the Blue Jays: "Spring training and the regular season are two different things for sure."

Not for Montgomery. Not so far.

Picking up exactly where he left off during the Grapefruit League season, Montgomery — backed by a titanic 471-foot grand slam by Giancarlo Stanton and a solo homer by Aaron Judge — threw six scoreless innings in helping the Yankees to a 7-0 victory over the Orioles in front of 9,008 at the Stadium.

"Us old, broken-down ballplayers, from the side I watch guys and think about how I might have done against [some pitchers]," Aaron Boone, who played 12 years in the majors, said after his team evened its record at 2-2. "It’s one of the things we [coaches] talk about every now and again. Monty, to me, is a guy I would not have liked to face."

The Orioles understand the feeling.

Montgomery, 3-0 with a 0.90 ERA in three Grapefruit League starts, allowed four hits and did not walk a batter Monday. Primarily using his cutter, changeup and curveball, he struck out seven.

Montgomery, who finished sixth in the American League Rookie of the Year voting in 2017 before seeing his career momentarily derailed when he underwent Tommy John surgery in June 2018, does not dominate with a high-90s fastball — or even a mid-90s one — but consistently keeps the ball off the barrel with an assortment of pitches that he seemingly can place in any quadrant of the strike zone.

"I had," Montgomery said, "a lot of weapons going." 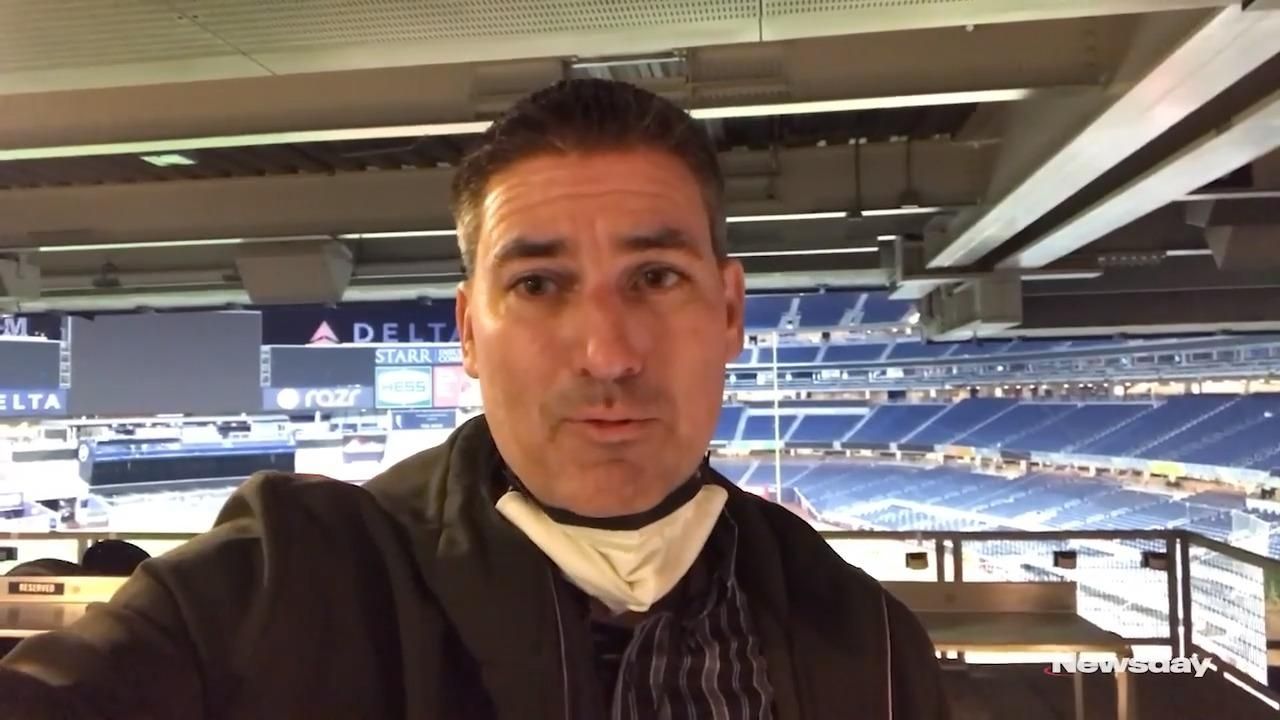 After scoring only eight runs in losing two of three to Toronto in their season-opening series, the Yankees didn’t erupt outright but collected seven hits and seven walks. The big hits were Judge’s opposite-field homer in the fourth that gave the Yankees a 1-0 lead and Stanton’s grand slam — his third as a Yankee and the eighth of his career — with two outs in the fifth to blow it open at 6-0.

Stanton, booed during an 0-for-5 afternoon Thursday, heard those same boos after striking out in the first inning Monday. Moments after Aaron Hicks drew a bases-loaded walk to make it 2-0, though, Stanton circled the bases bathed in cheers after his mammoth shot to left-center off reliever Shawn Armstrong. Armstrong and everyone else in the Stadium knew it was gone off the bat (the exit velocity was 115.1 mph).

"Wow," Judge, who was standing on second when Stanton hit the ball, said of his reaction.

Stanton shrugged off the boos. "I try my best when I’m out there,’’ he said, "so I can’t worry about that."

Still, the story of the night was Montgomery.

The Orioles (3-1), who swept the Red Sox at Fenway Park to open the season, put their first runner in scoring position in the third when Freddy Galvis led off with a single and stole second with two outs. Montgomery struck out Cedric Mullins swinging at an 80-mph curveball to end the threat.

The Orioles put two on — for the only time against Montgomery — with two outs in the fifth, but Ryan McKenna bounced out to end the threat.

"He’s got a great feel for his changeup and secondary pitches, so he’s a guy that you can’t eliminate a pitch," Judge said of Montgomery, a fellow rookie on the 2017 Yankees. "[You] can’t go up there and say, ‘I’m going to eliminate the changeup and slider, I’m going to eliminate the fastball this at-bat.’ He’s a guy that, 3-2, 0-0, it doesn’t matter the count, he can throw any pitches. Tonight he was really pounding the zone. When Monty gets ahead of guys, it’s tough to compete against that."

In his season debut after serving a two-game suspension, Aroldis Chapman struck out three in the ninth.