PHILADELPHIA – After playing a doubleheader Wednesday that taxed their bullpen and staring down another doubleheader Saturday against the Rays, the Yankees could have used an effective – and not to mention lengthy – outing from Jordan Montgomery Thursday night.

Montgomery, excellent in his season debut last Friday against the Red Sox, was the opposite of that against the Phillies, allowing five runs in four innings of a 5-4 loss at Citizens Bank Park.

Other than Gerrit Cole, the Yankees have not gotten a lot of length from their starters. 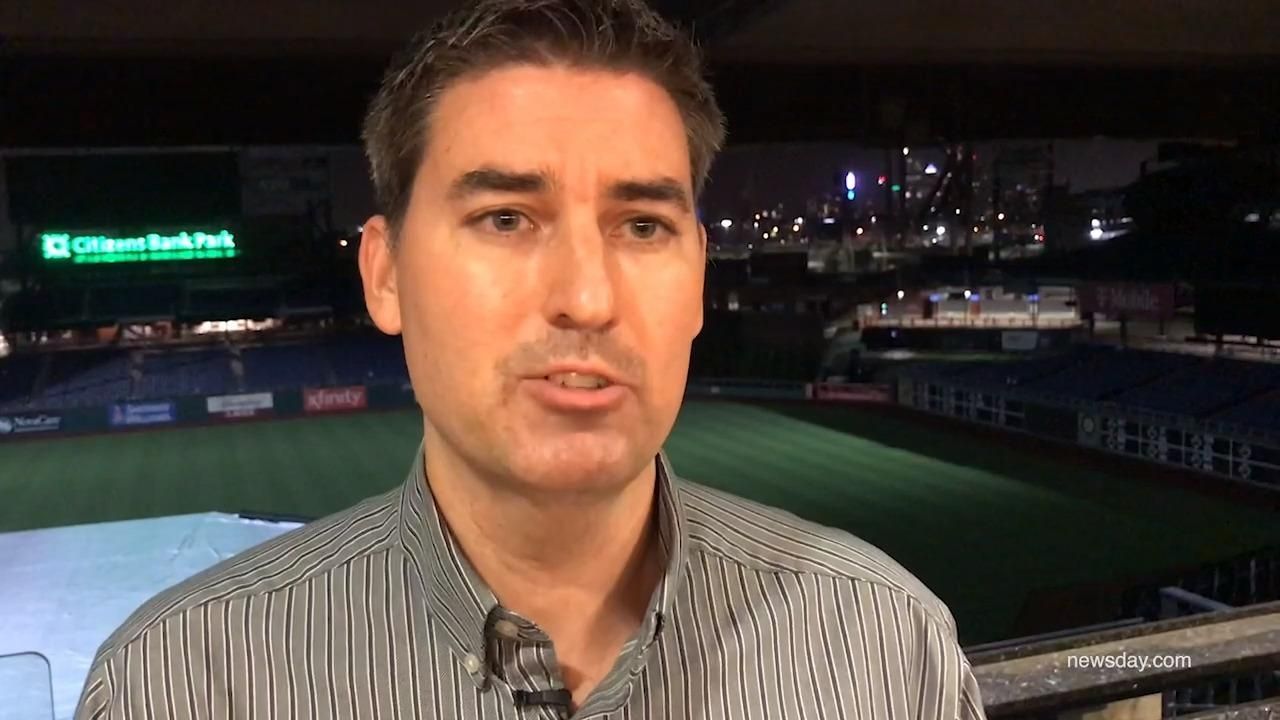 “Nothing beats several outings [in a row] from your starters that preserve guys down there in that ‘pen,” Aaron Boone said. “[Over] the long haul we have to do a little bit better job of that.”

The Yankees (9-3), who did extend their franchise record to 12 straight games with at least one home run to open the season when the slumping Gary Sanchez hit one out in the seventh inning to make it a one-run game, start a four-game series Friday night at Tropicana Field against Tampa.

“We should be OK tomorrow,” Boone said of his bullpen. “We’ll see how tomorrow transpires and see what our needs are heading into the doubleheader on Saturday.”

Montgomery, who allowed one run and five hits over 5 2/3 innings against Boston in picking up his first victory since April 21, 2018, allowed those five runs and six hits against the Phillies (3-4), plunging his team in a 5-2 hole after three innings. The biggest blow came off a hanging curveball in the first that J.T. Realmuto hit out for a 3-0 lead.

“Changeup was a little inconsistent, curveball wasn’t there,” said Montgomery, who allowed a two-run double to Phil Gosselin in the third on a 1-and-2 changeup to make it 5-2. “Hung one to Realmuto [and] that kind of set the tone for the game… I either had a really good inning or a really bad inning. The innings I actually attacked guys, we had pretty good results.”

Boone, wanting to rest some of his top relief arms, such as those belonging to Adam Ottavino and Chad Green, got a combined four scoreless innings from David Hale and Jonathan Holder.

Phillies righthander Zach Eflin, making his season debut, allowed two runs (none earned) and four hits over four innings. A suspect Phillies bullpen held the Yankees down until the seventh when Sanchez, 2-for-29 with 18 strikeouts to that point, hit an opposite-field, two-run homer off Nick Pivetta to make it a 5-4 game.

“I definitely think I was due, knowing how things were going for me,” Sanchez said through his interpreter. “It was my time to put a good hit on the ball.”

Giancarlo Stanton doubled with one out in the eighth off Jose Alvarez, who retired Gleyber Torres for the second out and was replaced by Hector Neris to face Aaron Judge, pinch hitting for Brett Gardner.

Judge, given the night off along with DJ LeMahieu, fell behind 0-and-2 and struck out.

Neris retired Gio Urshela and Sanchez to start the ninth but LeMahieu, pinch hitting for Tyler Wade, singled. That brought up Mike Tauchman, who added to his already impressive total of big hits this season with a single (the outfielder’s two-run single in the second made it 3-2). Luke Voit, however, flied to the middle of the track in deep right-center to end it.

The Yankees went quietly in the third, the inning noteworthy only for Boone, between innings, apparently taking issue with a fan outside an entry gate in center blasting an air horn periodically duringTorres’ at-bat to end the inning (Torres flied to right). The umpires conferred and it was not clear if they, or anyone, had jurisdiction over the area directly outside the stadium but when the Yankees batted in the fourth the air horn was silent and it remained that way the rest of the game, though the small group of fans continued to cheer, chant and occasionally clang cowbells, which was the case the night before.

“I didn’t necessarily think they could do anything about it,” Boone said, “but at least it was something I wanted to point out.”

Montgomery said he wasn’t bothered by any of the noise but wasn’t thrilled with it.