Gleyber Torres of the Yankees was fully vaccinated and had already had the coronavirus, but he tested positive.   Credit: Getty Images/Greg Fiume

ST. PETERSBURG, Fla. – The COVID-19 outbreak among the Yankees’ coaching and support staff has infiltrated the clubhouse.

To what extent cannot yet be determined.

Torres, who actually had COVID-19 in December and is fully vaccinated, is the first known Yankees player to have tested positive during the current outbreak on the club.

That made a total of eight members of the Yankees traveling party testing positive this week.

Miguel Andujar was recalled from Triple-A Scranton/Wilkes-Barre to take Torres’ spot on the roster. Torres is eligible to come off the COVID-19 injured list in 10 days, though the Joint COVID-19 Health and Safety Committee, comprising one MLB and one MLBPA representative and two physicians, could clear him to return sooner.

"Obviously, we’ve been rocked here the last several days," Aaron Boone said Thursday afternoon. "It’s stopped all of us a little bit in our tracks."

But general manager Brian Cashman said indications are the Yankees might be through the worst of it.

"In terms of the return testing, this was the first day that we've had complete negative [results], which is good," Cashman said Thursday. "That gives you a little optimism – it doesn't guarantee anything – that maybe it's slowing down in terms of the exposure." 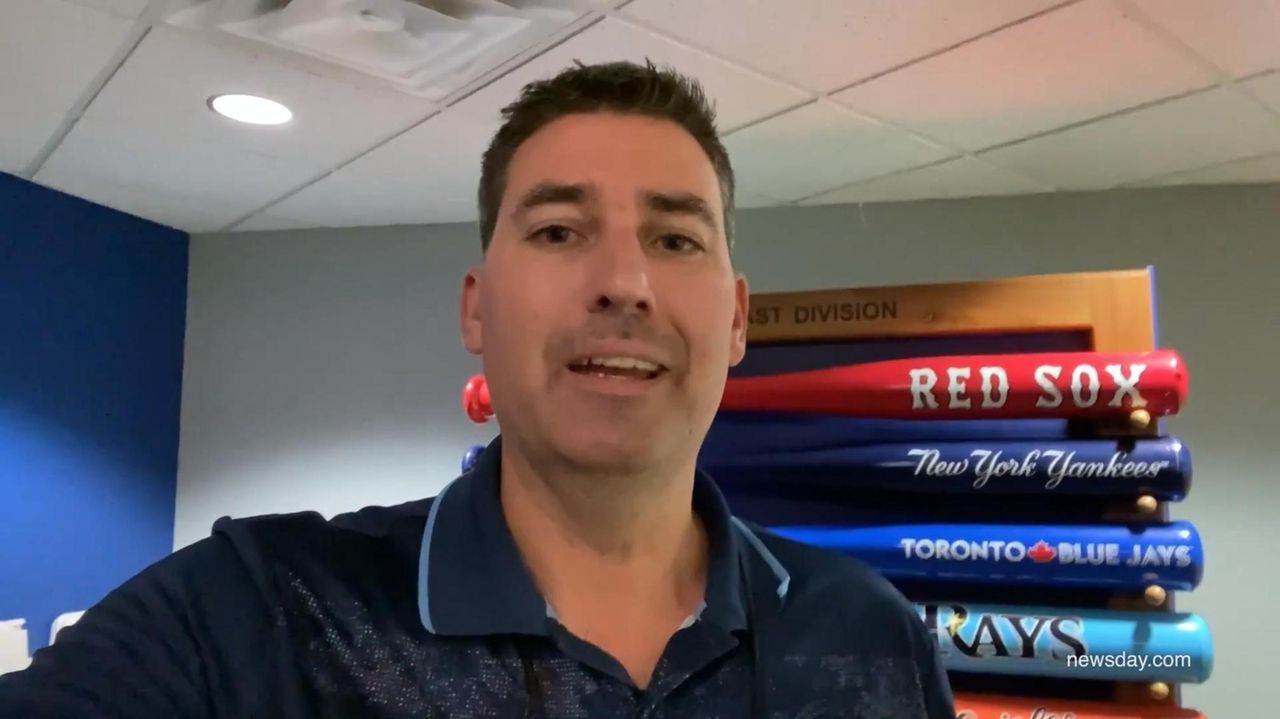 Yanks glad to leave Tampa after chaotic series off field Newsday's Yankees beat writer Erik Boland breaks down what the Yankees are thinking after a successful, but disruptive series against the Tampa Bay Rays, during which several vaccinated members of traveling party tested postive for COVID-19, on Thursday, May 13, 2021 at Tropicana Field in St. Petersburg, Florida. Credit: Newsday / Erik Boland

The Yankees weeks ago reached the required 85% threshold for vaccinations on the club – players, coaches, staff, etc. — that allowed them to relax some of the COVID-19 protocols implemented by Major League Baseball. Among those are mask wearing and social distancing. Cashman, Boone and players said those likely will be tightened back up among the group.

"When you read the fine print, they tell you that you still could get COVID," Cashman said. "It's not full protection…but the one thing I take from this is I believe the vaccine is working. We’ve got eight positives and seven of the eight presented as without symptoms. So without the testing you wouldn’t have even known. And then the one that did present, thankfully now, in Phil Nevin’s case, [he] is symptom free."

Boone disclosed before Wednesday night’s win that four more members of the group — all coaches or support staff — had tested positive to go along with the three members the club said Tuesday were positive.

Pitching coach Matt Blake, Nevin, the third base coach, and first base coach Reggie Willits are the members of the field staff with positive results.

As Cashman alluded to, according to the CDC, "a small percentage" of those who have been "fully vaccinated will still get COVID-19 if they are exposed to the virus that causes it."

"These are called ‘vaccine breakthrough cases,' " the CDC states on its website. "This means that while people who have been vaccinated are much less likely to get sick, it may still happen. Experts continue to study how common these cases are. Large-scale clinical studies found that COVID-19 vaccination prevented most people from getting COVID-19."

CDC Director Dr. Rochelle P. Walensky was asked about the Yankees during a briefing at the White House Thursday.

"With regard to the Yankees, we obviously need to learn more about that situation," Walensky said. "My understanding is that six of the seven infections were indeed asymptomatic infections and we will look to more data from that report to understand what happened there. All of the real world data we've seen that’s been in the published literature, large studies, in many different settings, have demonstrated that those vaccines have a high effectiveness against disease."

Cashman said, through MLB, the CDC has been kept "in the loop" on the Yankees outbreak.

"The biggest thing I would want to convey or reinforce is that we are trying to be as open and transparent as we legally can because I know that this is an understandably newsworthy event," Cashman said. "I know that we are maybe a case study to some degree, in some cases (a) curiosity for people who don't know that, despite being vaccinated, you are really still potentially exposed. And then we can educate people that your exposure is limited significantly, not to getting the virus, but how the virus affects you."

He added later: "[I] take a lot of great comfort that that’s the purpose of the vaccine, to protect, and it appears to be doing that."

Lennon: Yanks' outbreak could be much worse if not for vaccinationsGleyber Torres is eighth member of traveling party to test positive for the virus, but none were hospitalized and all, according to the Yankees are now asymptomatic