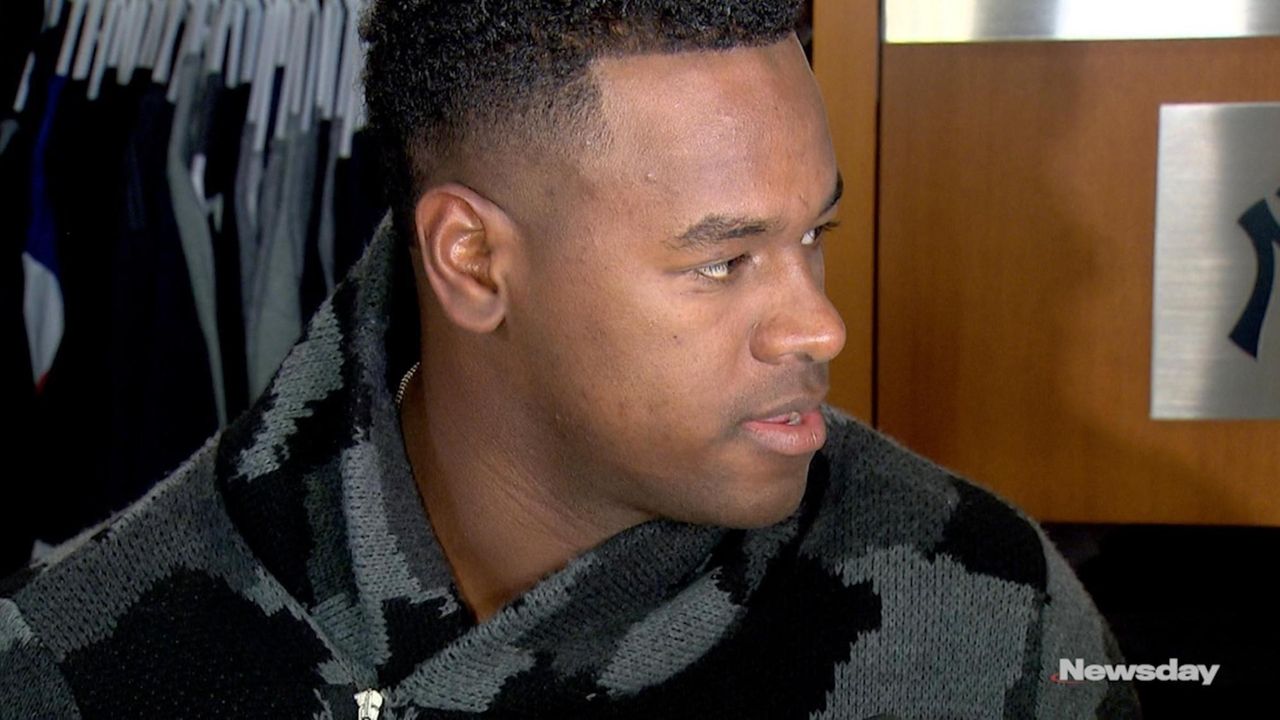 A Yankee Stadium atmosphere that Aaron Boone anticipated would be “special” turned out by night’s end to be funereal — certainly from the Yankees’ perspective.

With the Red Sox timing up Luis Severino from his first pitch, the Bronx went from bubbling to booing as the Yankees absorbed an embarrassing 16-1 loss in Game 3 of the American League Division Series Monday night in front of 49,657.

The Red Sox, who blew open the game with a seven-run fourth inning that made it 10-0, can advance to the ALCS against the Astros with a win Tuesday night. CC Sabathia goes for the Yankees against Rick Porcello.

“As awful of a night as it was for us, we’ve got to turn the page,” said Boone, who took much of the heat from the crowd as he was slow to go to his bullpen, then made what seemed a curious choice when he summoned Lance Lynn rather than one of his power arms with strikeout stuff. “Tomorrow’s obviously do-or-die.”

Of Sabathia taking the mound in Game 4, Brett Gardner said: “There’s probably nobody I’d rather have out there in a must-win game than him. Maybe Andy Pettitte [MLB’s all-time leader in postseason wins]. But I look forward to CC getting out there and giving us a chance to win tomorrow night.”

That concept was gone early in Game 3, which got so bad that backup catcher Austin Romine pitched the ninth — and Brock Holt hit a two-run homer to complete the cycle, the first time that’s been accomplished by anyone in a postseason game.

The Yankees, who set a franchise record for most runs allowed in a postseason game and took the worst playoff loss in their history in terms of margin, managed only one run and five hits in seven innings against Nathan Eovaldi. He was tough on his former team all season, going 2-0 with a 0.39 ERA in four games, counting Monday, since joining the Red Sox at the trade deadline.

The Yankees were outhit 18-5 as their seven-game postseason winning streak at the Stadium came to an end.

“A loss is a loss,” Aaron Judge said. “Whether it’s a blowout or if you lose by one run, it really doesn’t matter. The end result is you lose. It’s all the same.”

Though Severino, who was charged with six runs and seven hits in three innings-plus, took his share of the fans’ anger, the vast majority of displeasure was directed at Boone for leaving Severino in so long.

TBS reported that Severino started his warmup for the game later than usual. He didn’t miss many barrels in the first three innings, but the deficit was just 3-0 as the Red Sox came to bat in the fourth. Despite the number of hard-hit balls in those three innings, the Yankees’ bullpen remained quiet. (Lynn had been up briefly in the third.)

Holt and Christian Vazquez singled to open the fourth, an inning in which 11 Red Sox would bat. Severino walked Jackie Bradley Jr. on four pitches to load the bases, which finally brought Boone to the mound. In came Lynn, selected for the postseason roster to be a long-man option. He faced Mookie Betts — who stung two balls against Severino, one of which went for a hit — and walked Betts on four pitches to make it 4-0. “We feel like Lance, in a lot of ways, against righties gives us our best chance,” Boone said. “He just didn’t really have it tonight.”

Andrew Benintendi lined a double down the rightfield line to drive in three runs and make it 7-0, sucking much of the remaining energy from the crowd. The Red Sox scored three more runs in the inning on a two-out RBI single by Steve Pearce and a two-run triple by Holt, both against Chad Green.

The Red Sox took a 1-0 lead in the second. Rafael Devers singled to rightfield and scored on Vazquez’s two-out single off Severino’s glove.

Betts opened the third with a single, then got a good read on a flare to left by Benintendi. He took third on the play as Andrew McCutchen’s throw there allowed Benintendi to take second. J.D. Martinez’s sacrifice fly to left made it 2-0 and Bogaerts followed with a sharp single to right before Devers’ grounder to second made it 3-0.

And then things really went downhill for the Yankees.

“We just have to look at it as any other loss,” Gardner said. “It doesn’t matter if it’s 16-1 or 3-2, tomorrow’s a must-win game for us. We’ve been in this position before with the wild-card game, so we know what we’ve got to do, and I know the guys will respond.”

Yankees turn to catcher Romine to pitch in ALDS lossAustin Romine never expected to pitch in a big-league game. And he certainly never expected ... Lennon: Boone asleep at switch in Game 3 nightmareWhen nearly 50,000 people utter a collective groan with your every move — or non-move, ... Luis Severino hit hard as Red Sox KO Yanks starterThey cheer loudly at Yankee Stadium — so loudly that a lot of players say ... First base ump overruled by replay 3 times in 4 inningsVeteran umpire Angel Hernandez had as rough a time as the Yankees in the first ...