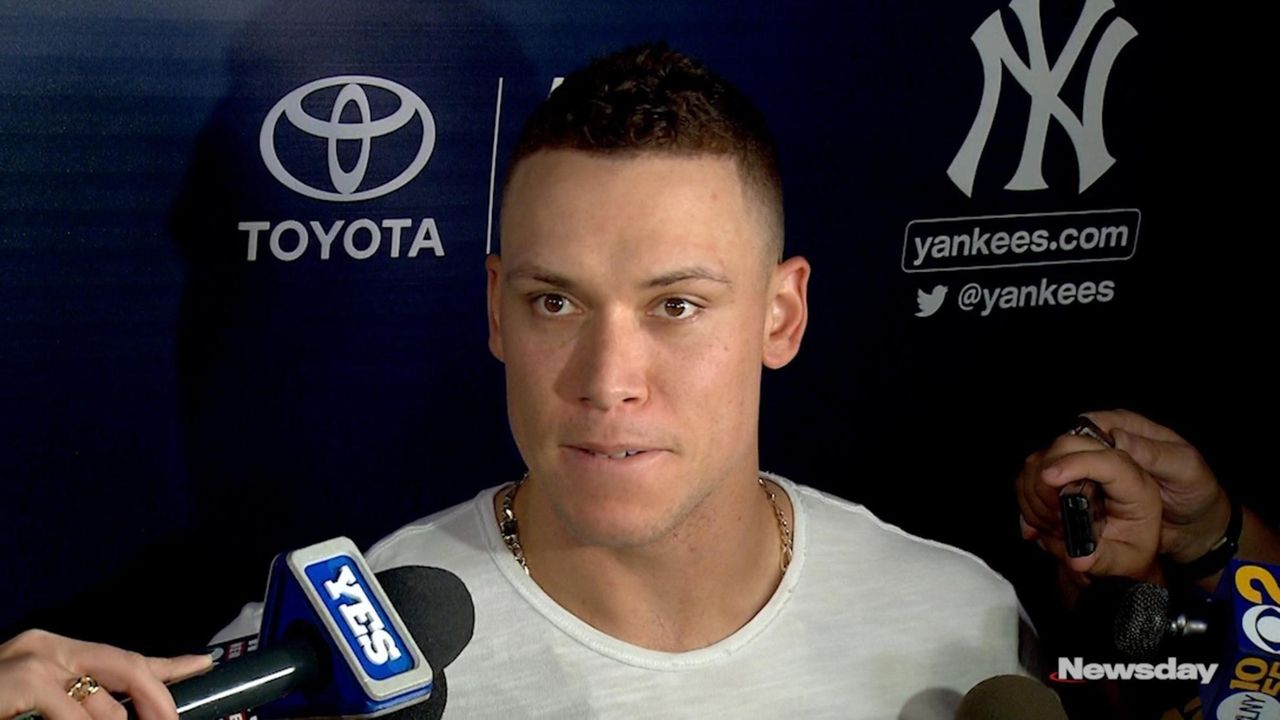 The Yankees' season is over after a ninth-inning rally fell short against the Red Sox in Game 4 of the ALDS on Oct. 9, 2018, at Yankee Stadium.  The Yankees head into the offseason with many questions including whether or not CC Sabathia and Brett Gardner will be back. Credit: News 12 Long Island

A Yankees season that began with hope and hype not seen or heard around the franchise in some time ended with a dud.

After flexing their muscles in taking home-field advantage away from the Red Sox in Game 2 of this American League Division Series, the Yankees returned home and offered little resistance until the final inning of Game 4.

The Red Sox, who celebrated the AL East title on the Stadium field Sept. 20, reveled in a bigger prize Tuesday night, sending the Yankees home for the winter with a 4-3 victory in Game 4 to advance to the ALCS.

“Just came up a little short,” said Brett Gardner, who started in left and might have played his last game in pinstripes. “This is the time of year when good teams get sent home and great teams move on.”

The Yankees nearly came back in the ninth against a very shaky Craig Kimbrel, who walked his first batter, Aaron Judge, on four pitches and allowed a single to rightfield to Didi Gregorius. After Giancarlo Stanton struck out, finishing 4-for-18 with six strikeouts in the series, Luke Voit walked on four pitches to load the bases.

With the Stadium rocking, Kimbrel hit Neil Walker in the foot with a pitch to make it 4-2. Gary Sanchez fell behind 0-and-2 and worked the count to 3-and-2 before hitting a sacrifice fly to the warning track in leftfield to make it 4-3.

“I hit it well,” Sanchez said through his translator. “But I got under it a little bit.”

With two outs and runners on first and second, it was up to Gleyber Torres. The rookie grounded softly to third and was out on a close play at first, as Eduardo Nuñez’s wide throw nearly pulled first baseman Steve Pearce off the bag. A replay review made it official, setting off the Boston beer and champagne party.

It was a sudden end for the Yankees, who entered the season with championship expectations under first-year manager Aaron Boone after advancing to Game 7 of last year’s ALCS against the Astros. The Bombers thought they had a better team than the 2017 edition having added, among others, Stanton, the reigning NL MVP.

The Yankees did go 100-62 but it will be the Red Sox, who went a franchise-best 108-54, taking on the defending world champion Astros.

“We came up short of our goal,” Judge said. “It’s \[losing the series\] a mix of things. They’ve got a great team over there, they won 108 games and have one of the most potent offenses in the game. It was a battle back and forth. What a year they had. Congrats to them.”

For all the criticism Boone received for his slow removal of an ineffective Luis Severino in Game 3, the goat horns overall belong to the bats. An offense that was pretty potent in its own right, one that set a season record with 267 homers and ranked second in the majors in runs with 851, managed just four runs in Games 3 and 4 at a ballpark where the Yankees enjoyed a pronounced advantage all season.

But they were hammered 16-1 in Game 3, then mostly sleep-walked through Game 4 before the ninth, aided by Kimbrel’s wildness as much as anything. The Yankees hit .214/.295/.321 in the series, hitting four home runs, two by Sanchez in the Game 2 victory.

“One of their goals in this series was to keep us in the ballpark, and then coming in here where we’re so good at that, they were able to do it,” Boone said. “In the end, you don’t move on usually when you can’t get enough big hits in a series.”

Rick Porcello, 2-0 with a 2.31 ERA versus the Yankees this season in four starts, allowed one run and four hits in five innings. Four Boston relievers finished things off, a group that included Game 1 starter Chris Sale, who pitched a scoreless eighth. After Torres’ infield hit with one out in the fifth, Red Sox pitchers retired 11 straight until the crazy ninth.

CC Sabathia, a free-agent-to-be who might have pitched his final game as a Yankee, pitched out of a bases-loaded jam in the first and stranded a runner in the second before getting touched up for three runs in the third. Christian Vazquez’s homer off Zach Britton in the fourth made it 4-0 and the Yankees, though rallying late, couldn’t quite finish it.

“We tried to battle and come back,” Didi Gregorius said. “We came close, but close is not enough.”

You be the GM: What should Yankees do in offseason? If you were given the reins of the Yankees, what moves would you make this offseason?