New York Yankees' Derek Jeter waves to the fans with a final walk around the Stadium after their game against the Baltimore Orioles at Yankee Stadium in the Bronx on Sept 25, 2014. Credit: Newsday / J. Conrad Williams Jr.

NATIONAL HARBOR, Md. — It was only a matter of time, of course. The Yankees announced Tuesday morning that they will retire Derek Jeter’s No. 2 jersey officially next May 14, part of a ceremony that will include presenting a plaque in Monument Park to the iconic shortstop.

Jeter will be the 22nd Yankee to have his number retired and the first since former teammates Bernie Williams, Jorge Posada and Andy Pettitte were honored during the 2015 season. It will be the 21st number retired by the club (No. 8 was retired for Yogi Berra and Bill Dickey in 1972). Jeter wore the last Yankees jersey with a single-digit numeral.

The clock was ticking on this honor from the moment just before spring training 2014 that Jeter announced his intent to retire after the season. 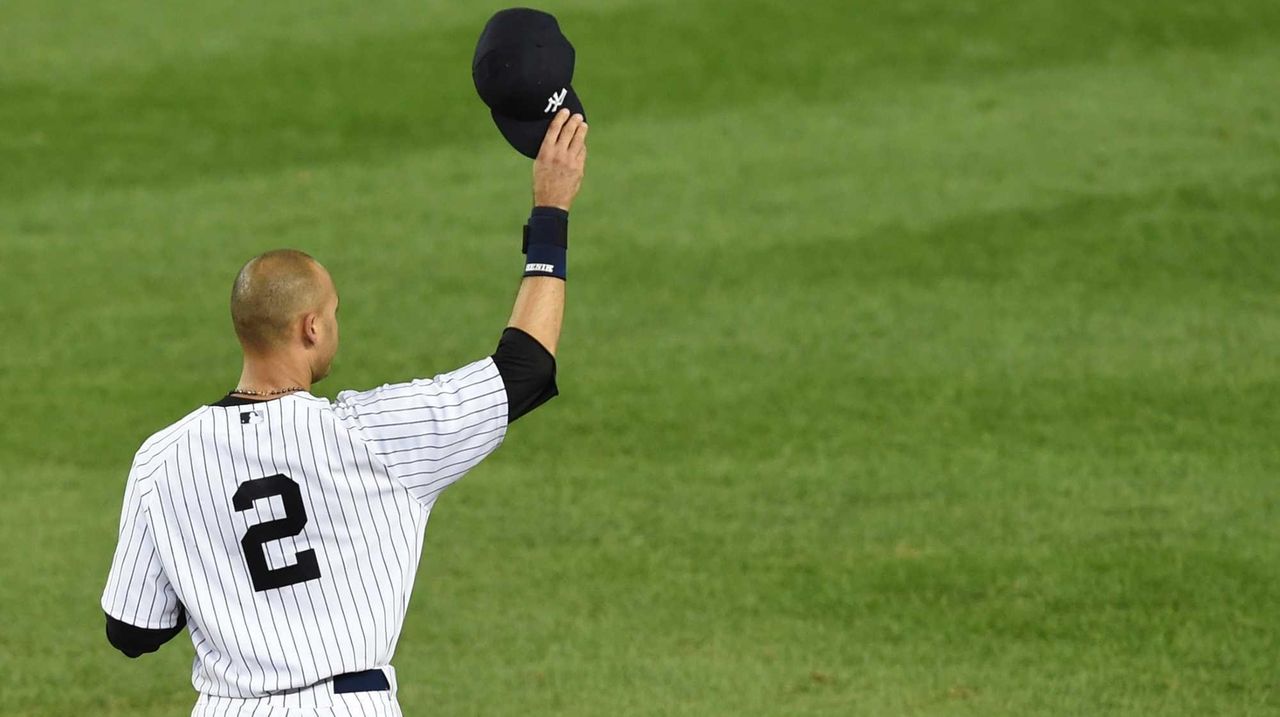 Jeter had eight seasons with at least 200 hits, making him one of two players in franchise history along with Lou Gehrig (eight) with as many as four. Jeter is sixth on the career hit list.

Though his final season was a struggle — a .256/.304/.313 slash line in 145 games — he did end his career memorably. He hit a walk-off single against the Orioles in his final home game. Jeter’s preference would have been to end it there, but out of respect for the rivalry with the Red Sox, he played three days later at Fenway Park in the season finale. He went 1-for-2, coming out for pinch runner Brian McCann after getting an infield hit off Clay Buchholz.

“You can’t top what happened Thursday, I don’t care if I came to Boston and I hit a home run every single at-bat, if I hit four home runs while I was here,” Jeter said after the last game at Fenway. “It just couldn’t top what happened because New York’s been a special place for me. The way that game ended, at home, you couldn’t have written a script that I would have bought into. So when I got here, I was just ready. I’m ready for my career to be over with.”

“I had a blast,” he said. “Listen, I had an opportunity to do what I wanted to do, the only thing that I ever wanted to do, and I know not a lot of people can say that. There isn’t a thing I would change.”

With Colin Stephenson in New York

Derek Jeter’s No. 2 joins these Yankees whose numbers have been retired:

No. Player Year No. Retired