Justin Wright-Foreman had no idea he was about to be drafted by the Utah Jazz in the first minutes of Friday morning. There was no preemptive call from his agent. There was no call from anyone in the Utah front office, either. The Hofstra standout learned it was his finest hour at the same time as ESPN’s national television audience.

The 6-2 guard went to a private party in Roosevelt to watch the draft with family and friends. He arrived with hope but no expectation. Then it was on the television screen: Wright-Foreman had been taken by the Jazz in the second round with the 53rd overall pick.

“When I got there, I was just looking to have a good night with the people I am close to,” Wright-Foreman said in an interview Friday afternoon. “But when we got into the second round, I was thinking about the teams I had worked out for and I got all nervous and jittery . . . Then I saw it. It still doesn’t feel real more than 12 hours later.”

Wright-Foreman is the 12th Hofstra player to be taken in the NBA Draft and first since Charles Jenkins was a Warriors second-round pick in 2011. He also is the first Hofstra draft pick coached by Joe Mihalich. 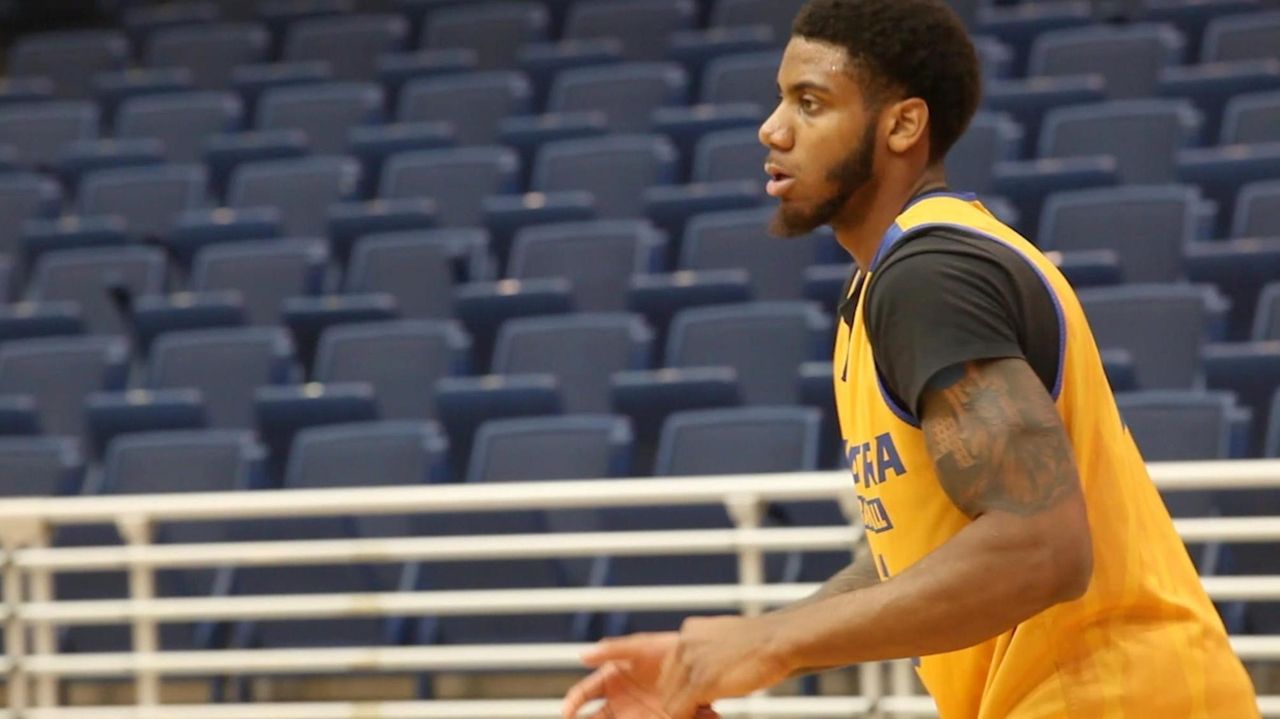 Wright-Foreman hopes to hear his name at NBA Draft Hofstra guard Justin Wright-Foreman has workout for a half a dozen teams in the hopes he will get selected at the NBA draft on June 20, 2019. Credit: News 12 Long Island

Wright-Foreman was averaging a mere 3.6 points after 37 games with Hofstra during his first two seasons. Then he scored 14 points in the final six minutes of a blowout loss to Kentucky, and something clicked. He averaged 18.1 points as a sophomore, 24.4 points as a junior and 27.1 points this past season. He was the Colonial Athletic Association Player of the Year the past two seasons.

“We’re talking about a kid who was hungry to be something and got there by working tirelessly on his game. He is just 21 and can be even better, which had to be appealing to NBA teams,” Mihalich said. “I see a guy who is prepared and studies for everything. He’s gotten great advice from Speedy [Claxton, a Pride assistant coach]. And he loves to work hard.”

Said Wright-Foreman: “In any workout, my goal is to be the hardest worker in the gym.”

Wright-Foreman went to more than a dozen workouts for NBA teams in the lead-up to the draft. He said of his workout with the Jazz, “I felt comfortable with them, but I don’t think it was my best workout.” He said Jazz officials told him they liked that he is a prolific scorer and can shoot off the dribble and run the pick-and-roll. He is scheduled to fly to Utah and be introduced Sunday, and he is ready to take on the next challenge.

“I knew that I could be a pro, but I had to keep betting on myself to get there,” he said. “I am always willing to learn something new and always willing to take on a challenge. It’s what I have been doing in basketball my whole life.”

Ponds will play in the NBA Summer League with Houston.

Obi Toppin wants in on slam dunk contest
Miller comes off COVID-19 list, returns to Rangers lineup
Fan-tastic win by Rangers over Bruins
Hamstring will keep Durant out through the All-Star break
1:12 Alonso speaks to media at Mets spring training
Lennon: Alonso hungry to show he learned from 2020 struggles
Didn’t find what you were looking for?