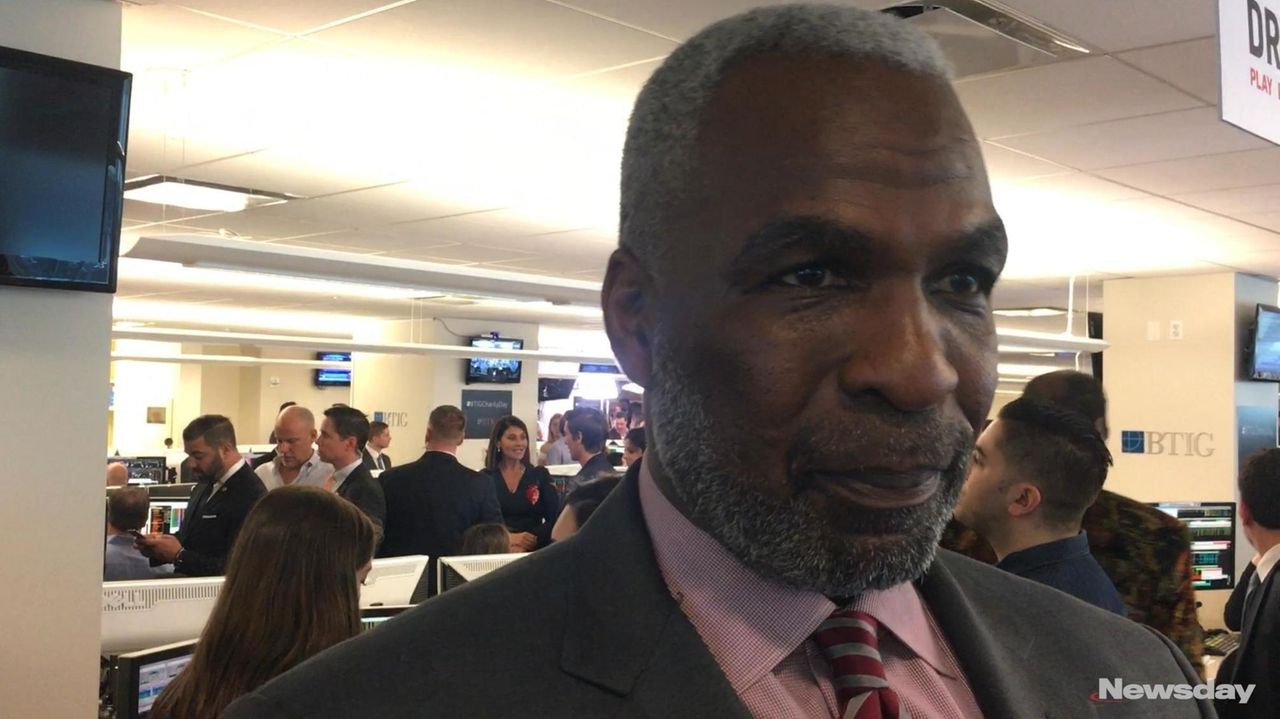 Former Knick Charles Oakley spoke to the media during the BTIG Charity Day event in Manhattan on Tuesday, May 8, 2018. Credit: Newsday / Calvin Watkins

Charles Oakley said Tuesday that Madison Square Garden security footage from his 2017 altercation with security guards exonerates him and will be presented to a judge during a hearing in his civil lawsuit against MSG executive chairman and chief executive officer James Dolan.

Oakley said Tuesday at BTIG’s 16th annual Commissions for Charity event in Manhattan that he was not the aggressor in what turned out to be a televised altercation with Garden security, a few feet from where Dolan was sitting.

“What I see, fans will see sooner or later, too, because it’s embarrassing,” Oakley said. “When the commissioner [Adam Silver] sees the tape, it’s going to be trouble for the NBA . . . It was bad. Like I’ve been saying from the get-go, everything has been a lie.”

The five misdemeanor charges Oakley faced as a result of his scuffle with MSG security guards at the Clippers-Knicks game on Feb. 8, 2017, were dismissed in a Manhattan court in February as part of an agreement the former Knick reached last August.

The deal called for all the misdemeanor charges of assault, harassment and trespassing to be dropped as long as Oakley remained out of trouble for six months. It also stipulated that Oakley had to stay away from the Garden for another six months. Oakley confirmed Tuesday that he is still banned from MSG.

Oakley’s civil lawsuit, filed in Manhattan federal court last September, accuses Dolan of defamation and slander for his comments in an ESPN Radio interview after the incident.

MSG asked a federal judge to dismiss Oakley’s civil lawsuit last month. The judge has not ruled yet.

“This suit has no merit and we believe it should be dismissed,” MSG said in a statement Tuesday.

Nets GM may use draft as a springboard to get help
Sources: Yankees near trade for Rangers OF Joey Gallo
Judge scratched from start, comes in to pinch hit
How advice from Barry Bonds has helped Mets' Smith crush lefties
LI's Capobianco on winning silver medal: 'It just feels unreal'
Lennon: Mets need to be careful not to mess with chemistry at trade deadline
Didn’t find what you were looking for?