Kyle O’Quinn said he hasn’t made up his mind about the opt-out clause in his contract with the Knicks and instead has focused on taking care of another important decision.

O’Quinn said he has hired a new agent after his name was among more than 25 players who appeared in a February Yahoo! Sports report that said he took loans from former NBA agent Andy Miller and ASM Sports agency while in college at Norfolk State.

O’Quinn denied the report at the time and has switched to Priority Sports agency. His next decision is whether to activate the $4.26-million player option with the Knicks this summer.

O’Quinn, speaking with Newsday after talking to students at Baldwin Middle School Wednesday afternoon, said he hasn’t made up his mind about the opt-out, choosing instead to focus on the positives of the season. 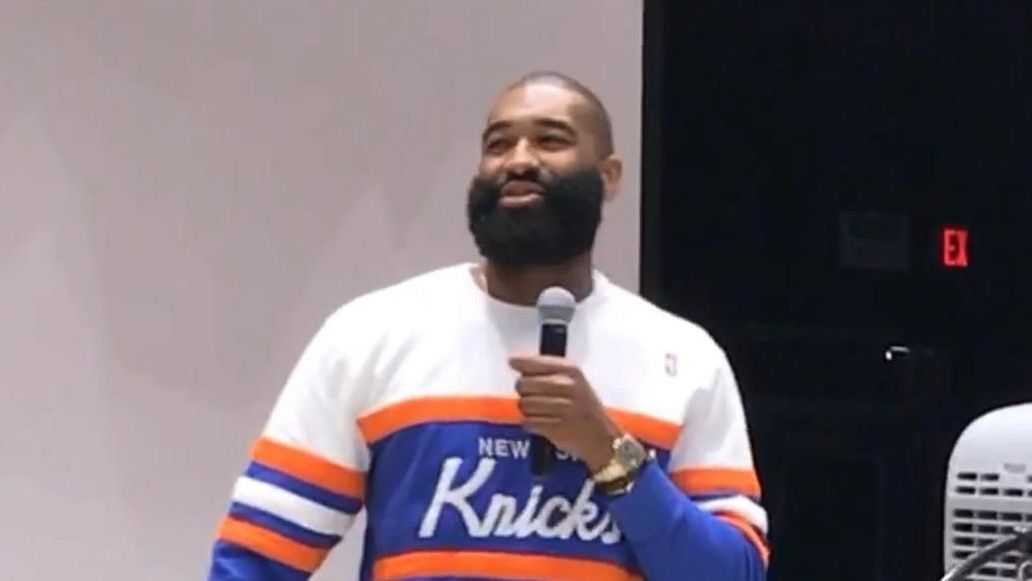 “As far as my Knicks situation, it was a good one,” O’Quinn said. “My season ended up good. I finished healthy.”

O’Quinn, 28, averaged over seven points and six rebounds per game — playing and scoring more than he had in any of his previous five seasons.

“I came into the season, I don’t want to say without a role, but knowing that anything can happen,” O’Quinn said. “Whether it be trade talks or things like that, I think I handled it well by putting myself in a solid position where I could display what I could do. Thank God I was healthy. I missed five games this year with knick-knack injuries. You can’t control injuries, but I was healthy enough to display what I wanted to do . . . I was satisfied with my season personally, but not overall because there are games still going on and we’re not in the playoffs.”

After not making the playoffs, the Knicks parted ways with coach Jeff Hornacek, which O’Quinn said was ‘tough’ to hear about. Hornacek and O’Quinn got into a late-season screaming match after a defensive lapse, but O’Quinn later admitted it was wrong to yell at his coach. He said there was no bad blood between he and Hornacek.

“I actually texted him to let him know that I wish nothing but the best for him and his family and to thank him for the opportunities that he provided for me,” O’Quinn said. “Jeff Hornacek was a very good person, [had a] great family, and I have nothing but good things to say about him. Just like I told him when we found out the news, I’m sure we’ll meet again, but that’s not my decision to make on the coaching change and things like that. Whoever it is, when he comes in, hopefully we get off to a good start and we get things rolling.”

As for the Knicks’ next coach, O’Quinn said he is taking a wait-and-see approach and doesn’t get too caught up in the names he’s hearing.

“Rumors have some truth to them, so you listen to them just like anybody else,” O’Quinn said. “But, rumors really don’t materialize until the gavel hits the desk. Until it happens, that’s when I’ll really believe. I don’t live with the rumors.”