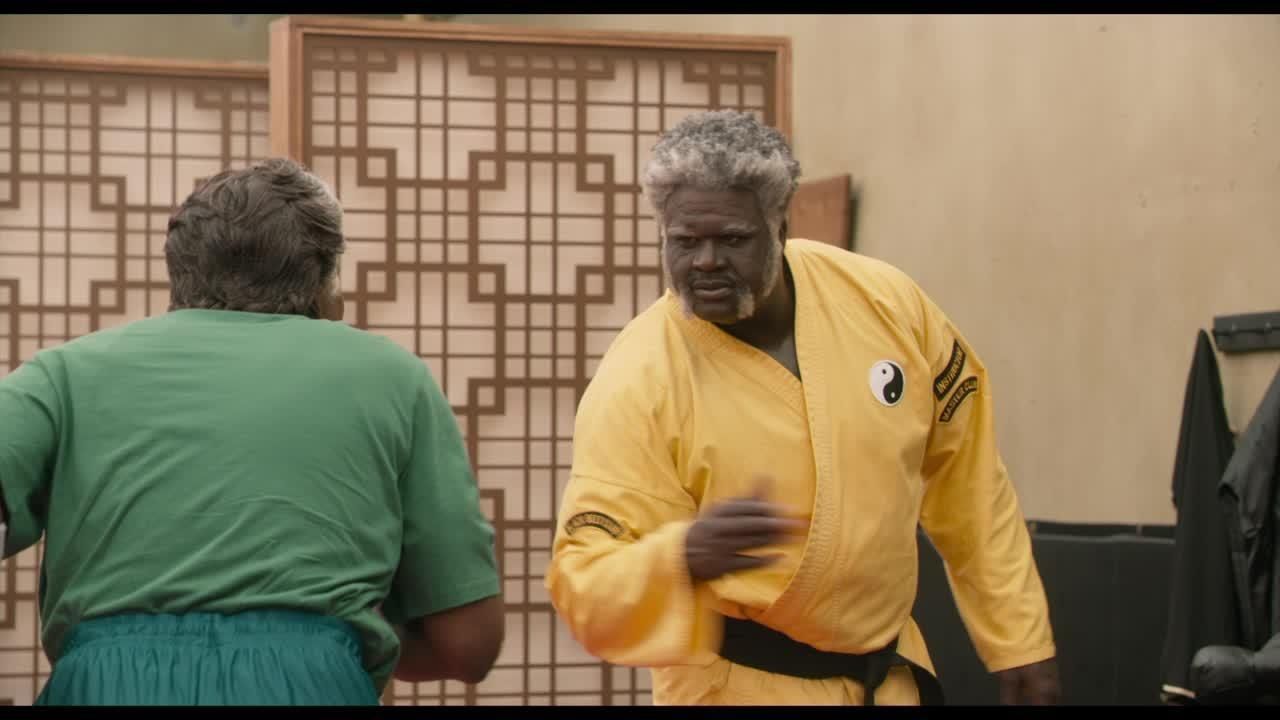 Kyrie Irving is in New York City promoting his new film “Uncle Drew,” which premieres Friday. The Celtics point guard has been taking the appropriate steps to evolve from basketball star to film star.

The film began production in August, around the same time Irving asked his then-team, the Cleveland Cavaliers, for a trade.

“It was an interesting kind of dynamic coming into the movie,” the five-time All-Star said of the trade request timing.

Irving, who was on set when he heard about the trade, said he was distracted by the news but ultimately had to focus on the film.

“It was my career we’re talking about, and here I am on a different scale of acting,” Irving said. “You have a full set, everyone on set is dedicating their time — this is their profession — and for me I have a profession outside of this going on and taking place and it has a lot to do with sacrifice and commitment, not just for me but for my family as well. Brand-wise, outside of acting, it was basketball and then you had to kind of dive back into what was in front of you, which was the movie.”

The supporting cast of “Uncle Drew” has seen their fair share of NBA drama, too. The film features such basketball notables as Lisa Leslie, Reggie Miller, Shaquille O’Neal, Nate Robinson and Chris Webber, all of whom have had their own testing times in their careers.

Irving said working alongside players whom he was a fan of growing up was a valuable experience.

“I saw it as a chance to show them the appreciation I have for a lot of things that they laid down in terms of foundation-wise that enables me to be the NBA player I am today,” Irving said. “Having iconic figures like that where we can follow their lead and see how they maximize their brand outside of the game of basketball, watching them analyze it as well as make unbelievable business moves, I’m an admirer of that so talking with them was awesome.”

Irving suffered a knee injury this past season, his first with the Celtics, that eventually sidelined him for the playoffs. He’s focused on coming back better than ever.

“You never want to be hurt but you understand the different steps that you have to reach to feel close to being back at the peak of your top performance, and that’s the hope to get back to,” Irving said on the challenges of coming off an injury. “Not just the same way but also a lot better. That’s where the focus has to be. If you leave any room for doubt or uncertainty, you might as well get out of the game. Everyone’s going to have their perception of what they think it is, and internally how you deal with it is the only thing that matters.”

Irving, who says he should be cleared to resume basketball activities in the next few weeks, is using his time off to not only promote his film but to also heal properly before the upcoming NBA season. “There’s so much time in between now and the start of the season that it’s literally imperative that I take my time with it — it’s imperative for what I’m gearing up for,” Irving said. “I’ve kind of been somewhat quiet about it but the last two-and-a-half months were pretty intense for me.”

The next few months will be pretty intense for Irving as well. In a summer where LeBron James, Paul George and others will be free agents starting July 1, the attention of NBA fans shifts to their signings. Irving won’t be a participant this summer but will be the center of attention during his 2019 free agency. The Knicks are likely to have interest in him, but Irving remained mum on his future.

“It could be a process,” Irving, a New Jersey native, said about his impending free agency. “Even considering that time, it seems like a long ways away.”