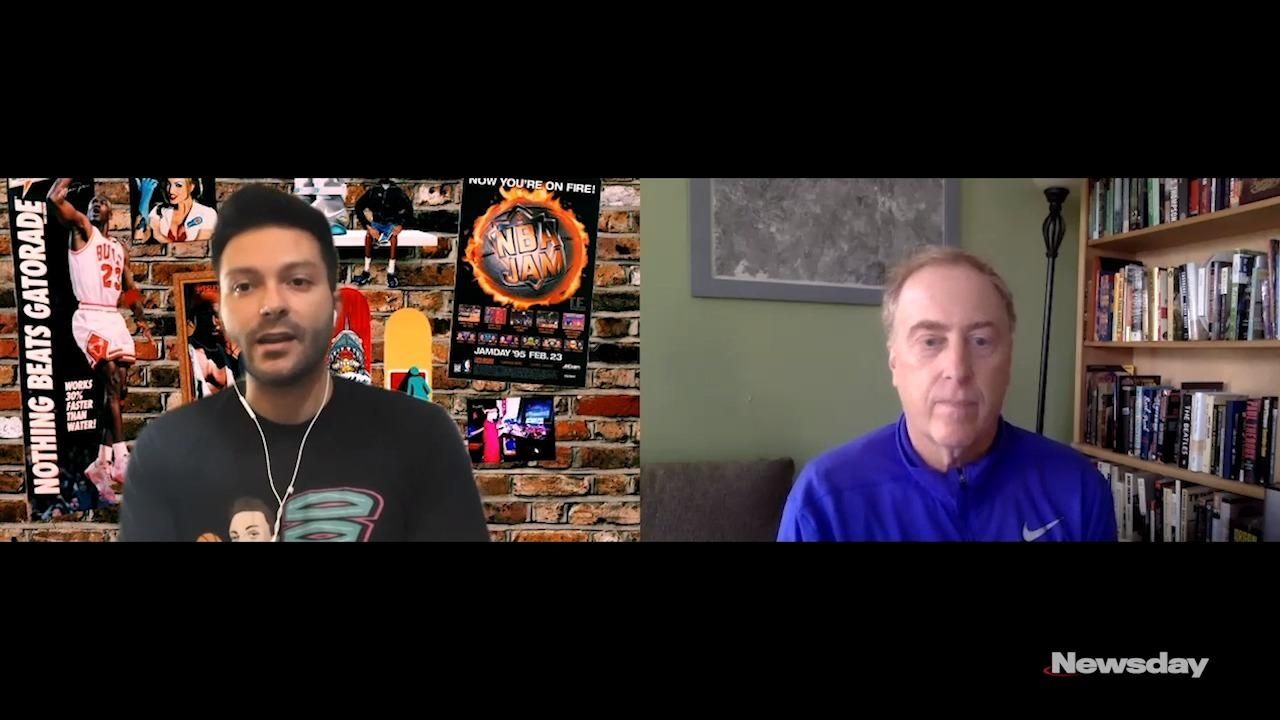 It began with an argument, and rather than continue it over a drink in a bar, Corey Tulaba decided to go to his computer.

“But as I was debating, it was kind of just like, ‘How do I prove it?’ So I found one of his games and I started clipping every possession he had together, and that was my first video, it’s still up. It’s just literally music in the background and him playing. And as I started kind of figuring out how to do a video, I thought it would be fun to take it to the next level.”

Tulaba, who serves as an assistant coach for the varsity basketball team at Newfield High School, where he played during his own high school days, and as a substitute teacher at Centereach High, did take it to the next level. And with schools closed, the free time has given him an opportunity to turn that first debate into an unlikely side project.

Crafting scouting videos that call upon his coaching and playing background, Tulaba has found there is an audience for his carefully curated pieces. Rather than just provide highlights of NBA Draft prospects, he actually breaks down the prospect as he would game video for his high school players.

Some of the pieces that he posts on his site hardwoodherald.com and on YouTube have gained little traction, but others have taken off despite the halted college and professional basketball seasons. His video for LaMelo Ball, projected to be a top-five pick in the upcoming draft, already has picked up nearly 10,000 views in less than two months.

“The response has been really great,” Tulaba said. “I think especially on Twitter, where it can be so toxic. It’s really cool. I’ve seen some negative, not pointed at me, but I’ll see people arguing in the replies, thinking a player is going to be great or not.

“It’s cool. I’ve gotten people [direct messaging] me about it. An analyst from ESPN messaged me and said, ‘Good work.’ I thought, all right, I guess I’m on the right track.

“The feedback has been amazing and it’s motivating. You get people getting eyeballs on your stuff and you feel like you’re doing the right thing.”

Tulaba, 33, didn’t study this, having majored in physical education as an undergraduate at Adelphi before getting a master’s degree in sports management. He said he took one class in graphic design in high school but taught himself to put these together.

“I knew I could handle the creative side,” he said. “Technology has jumped so much the last few years. I’m doing most of it on my iPad and iPhone. It took me a little time to figure it out, but with the ease of it, there was no excuse not to do it.

“I’ll watch film tapes and from the coaching, I know what to look for. I’ll search for full games, probably go through about 10 games for each prospect when I do it. I’ll watch, rewind, cut it up, and at the end I have hundreds of cut-up clips and put it all together.

“I try to give the full picture. If [North Carolina point guard] Cole Anthony makes a pass and somebody misses the shot, it doesn’t mean it shouldn’t have been an assist or he didn’t make the right play. If you look at raw statistics, he’s not a great playmaker, but stats take away context.

“For me, breaking video down intensely is important. You can watch highlights all day. I’m trying to go a bit further, make it consumable for everybody else, so people can decide what they think.”

3:03 Yankees' Boone talks about his pacemaker surgery
3:03 Yankees manager Aaron Boone says he feels great after pacemaker installed
Derrick Rose ruled out of Knicks' game Thursday night
Rangers beat Devils but lose Shesterkin to injury
Everything is clicking for Nets as they enter All-Star break
Rangers nearing the return of several key players
Didn’t find what you were looking for?