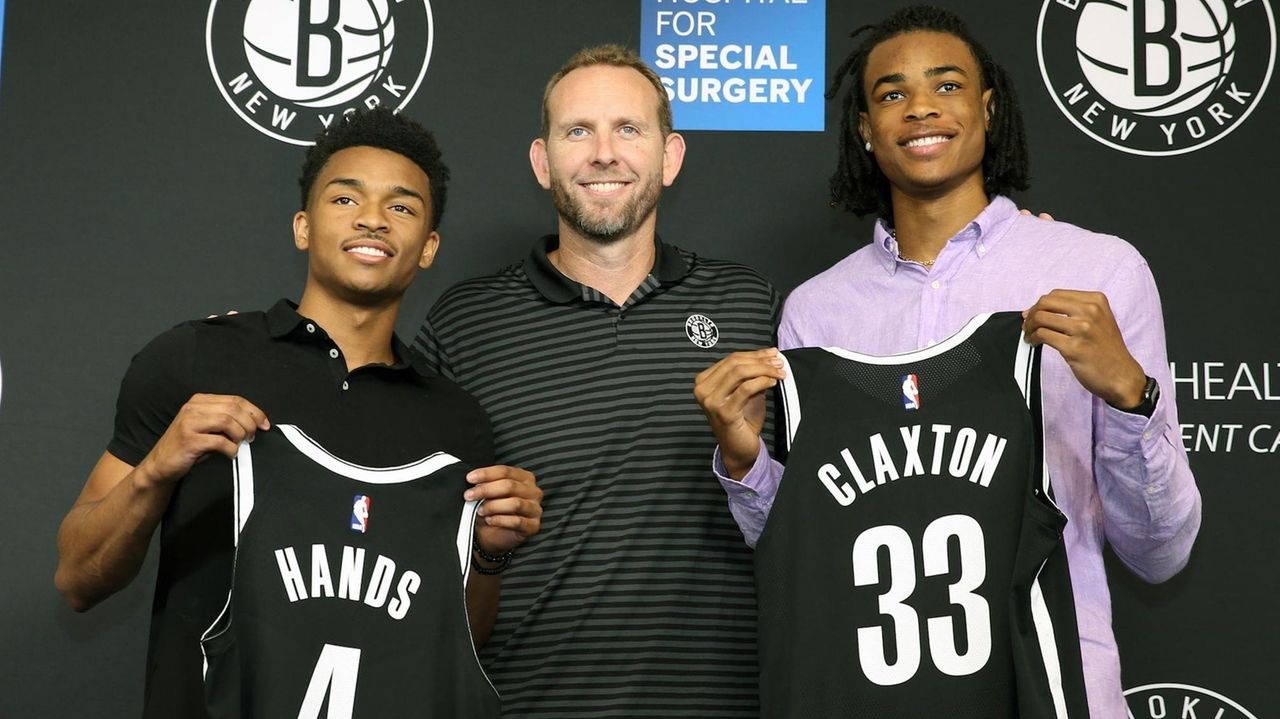 The center of attention for the Nets on Monday morning was 6-11 Nic Claxton, who was drafted with the first pick of the second round and introduced at a news conference along with UCLA point guard Jaylen Hands, who was taken with the No. 56 pick.

But the Nets’ draft is an afterthought compared with the maneuverings of general manager Sean Marks as he prepares to plunge into the deep end of the free-agent market when it opens at 6 p.m. Sunday.

By Monday afternoon, the Nets’ focus had shifted to another center — free agent DeAndre Jordan, who is a confidant of free-agent power forward Kevin Durant and is well-acquainted with free-agent point guard Kyrie Irving, the two high-end players Marks is trying to recruit.

According to a New York Times report that cited league sources, the Nets are “exploring the feasibility of signing Kevin Durant’s close friend DeAndre Jordan” to add to the lure of partnering with Irving on the Nets.

Bleacher Report reported on Monday that Irving recently met twice with Durant and is trying to recruit Jordan and Durant to join him in Brooklyn. All three were teammates on the 2016 U.S. Olympic team that won gold at the Rio Games.

When Marks was asked during the news conference about the importance of adding size to the lineup after the way the Nets were manhandled by 76ers center Joel Embiid in a first-round playoff loss and by other physically dominant centers during the season, he said, “I think adding size is certainly something we’ll look at as the summer transpires, but you never know what happens in the future.”

If the Nets do land Durant, who will miss the 2019-20 season after rupturing his right Achilles tendon in Game 5 of the NBA Finals, and Irving, Jordan would be a great complementary piece. He’s a 6-11, 265-pound space-eater who averaged 11.0 points and 13.1 rebounds with the Mavericks and Knicks last season. But he would have to take far less than the $22.9 million salary he earned.

The Nets have $68.67 million in cap room, according to cap expert Bobby Marks of ESPN, but an NBA source told Newsday that they easily can get to the $70.9 million it would take to sign both Durant and Irving without any major moves, such as a trade.

However, Jordan might have to take the Nets’ room exception valued at $4.8 million if he chooses the Nets. They also could re-sign backup center Ed Davis to a two-year deal worth $11 million because they own his Non-Bird Rights.

For much of the season, Durant and Irving seemed ticketed for the Knicks as part of a package deal, but multiple NBA sources told Newsday that Irving is all but signed with the Nets. Durant’s future is more uncertain, but the sportsbook at Caesars Palace in Las Vegas now has the Nets listed as -$125 favorites on the money line to land him ahead of the Warriors (+200), Knicks (+500) and Clippers (+800).

This is heady stuff for the Nets, but in the high-end market in which they are shopping, they should get some clarity on which direction everyone is headed within a couple days of the opening of free agency.

If Jordan does wind up signing with the Nets, he could serve as a great mentor for current starter Jarrett Allen and Claxton, but he also might command the lion’s share of playing time.

At their introductory news conference, Claxton and Hands simply expressed their excitement to be a part of what the Nets are building. Both will be on the Nets’ team in the Las Vegas Summer League, along with Allen, who will be entering his third NBA season.