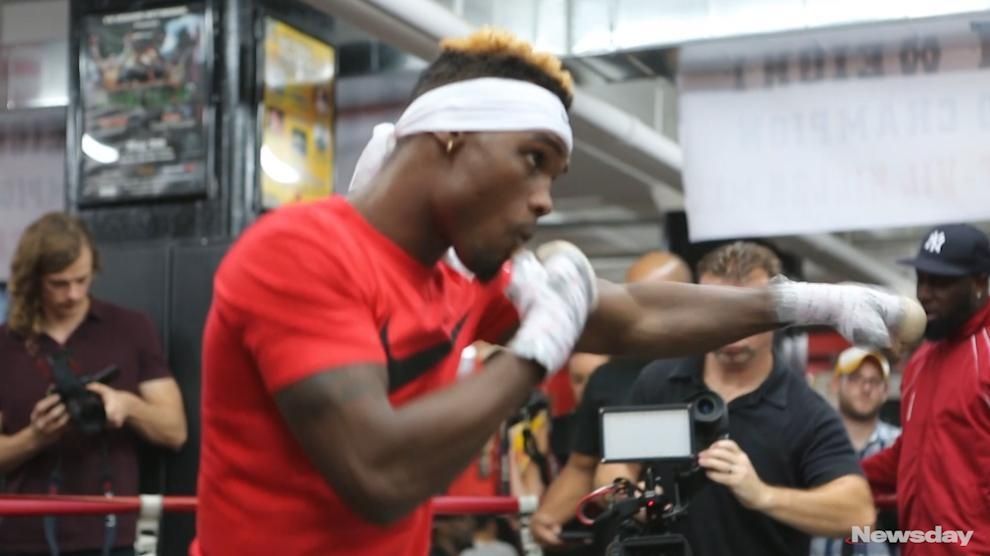 On Saturday night, Barclays Center will host three world title fights in the junior middleweight division on a card that will be televised by Showtime. It’s an important opportunity to showcase the talent in a division that can often get overlooked.

The card offers a lot of exposure for the six fighters competing in the main event bouts. Yet, at Wednesday’s media workout, two of the featured fighters, had their minds elsewhere.

“A lot of people would never understand if you’re not there,” Charlo said. “It’s hard for me to explain to you what happened in Houston if you are not driving down these streets. My neighbors had to get on boats. You drive down the street and you just see couches, everything that’s inside someone’s house, the sheet rock, the walls, the wood, everything, outside waiting to be picked up.”

“There’s been a lot of catastrophes in the world lately in Houston, Puerto Rico and Florida,” Lara said. “I’m fortunate that it only affected my training for three days so I was able to stay focused. My prayers go out to all those who need help to get through this.”

“I come from Cuba, an island that is often battered by storms,” said Lara. “I’ve seen people lose a lot to Mother Nature. I feel for them.”

Added Charlo: “And now you’ve got the wildfires in California. My prayers go out to all those affected. But it has brought Houston together, and we’re getting support from the NFL and NBA guys. And boxing has come together to help, too.”

“I think my fight is the one the people want to see,” said Charlo. “My opponent is a young stud and he comes to win a world title. Is Lubin the best fighter I’ve faced? I’m 29-0 and I’ve fought a lot of great fighters.”

Charlo said he plans to use his platform on Saturday to bring attention to these still trying to cope with the natural disasters.