Cindy Serrano held an open workout on Oct. 11, 2017, ahead of her fight against Edina Kiss on Oct. 14 at Barclays Center. Credit: Ed Diller/DiBella Entertainment

When Cindy Serrano made her professional boxing debut in 2003, the official groundbreaking on the Barclays Center was still seven years away, Lance Armstrong was still racing and there were only two “Fast and Furious” movies.

On Saturday, Serrano, 35, makes her first appearance at the Barclays Center, fighting on the largest stage of her career.

“I’m honored to be fighting on such a prestigious stage,” said Serrano. “My sister fought there many times, it’s definitely an honor for me.” 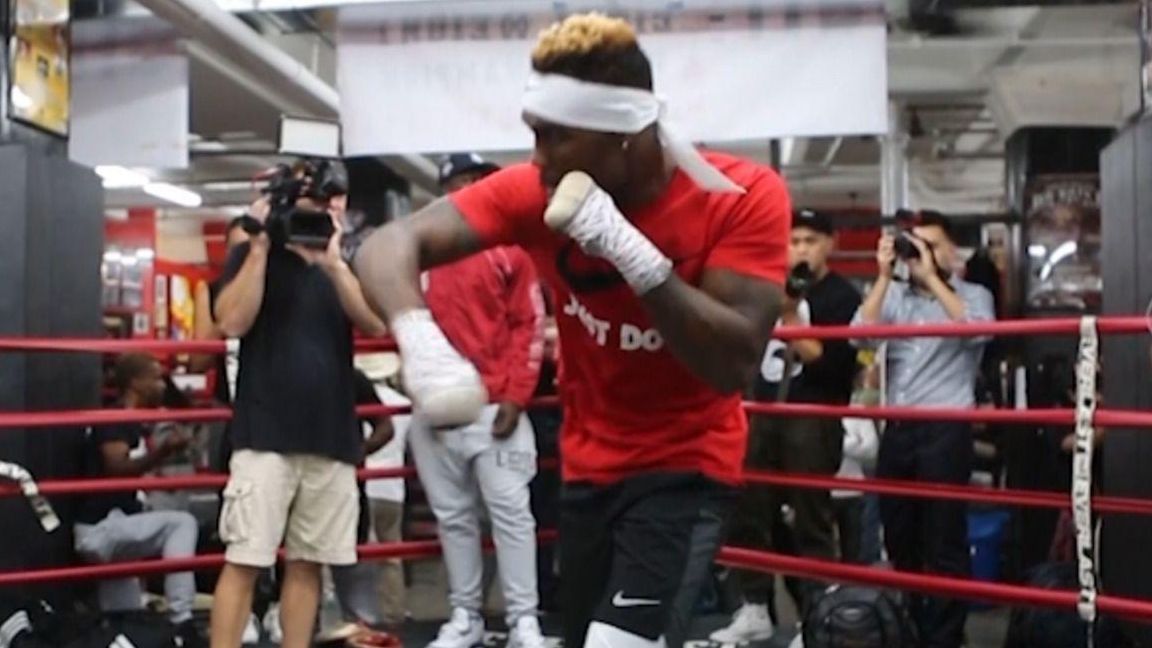 Serrano has not lost a fight since 2012 and is the current WBO featherweight champion. Still, most of her bouts have been fought in relative anonymity.

“I’ve been fighting for 15 years and when I started there were [very few] females fighting,” she said. “But I’m impressed with some of the women fighters out here now. There are some young ones that I hope stay around for a while because there is incentive and the pay will be there. People are getting to see that we can actually fight and we have good skills.”

The Barclays Center and promoter Lou Di Bella have regularly featured female fighters on cards. Brooklyn’s Heather Hardy has fought at the venue eight times, and Irish Olympic gold medalist Katie Taylor made her U.S. debut with a knockout win at Barclays in July. And Cindy’s sister, Amanda, the WBO super bantamweight champion, has fought there three times, and will do so again on Nov. 4.

Cindy Serrano is not sure how much longer she has left in her career, but she is optimistic that the recognition and paydays that accompany big fights are still within reach.

“Right now, it’s a good time to be a female fighter,” she said. “I just won the title last year and I plan on defending it. So I’ll just keep on going after it until my time is up.”