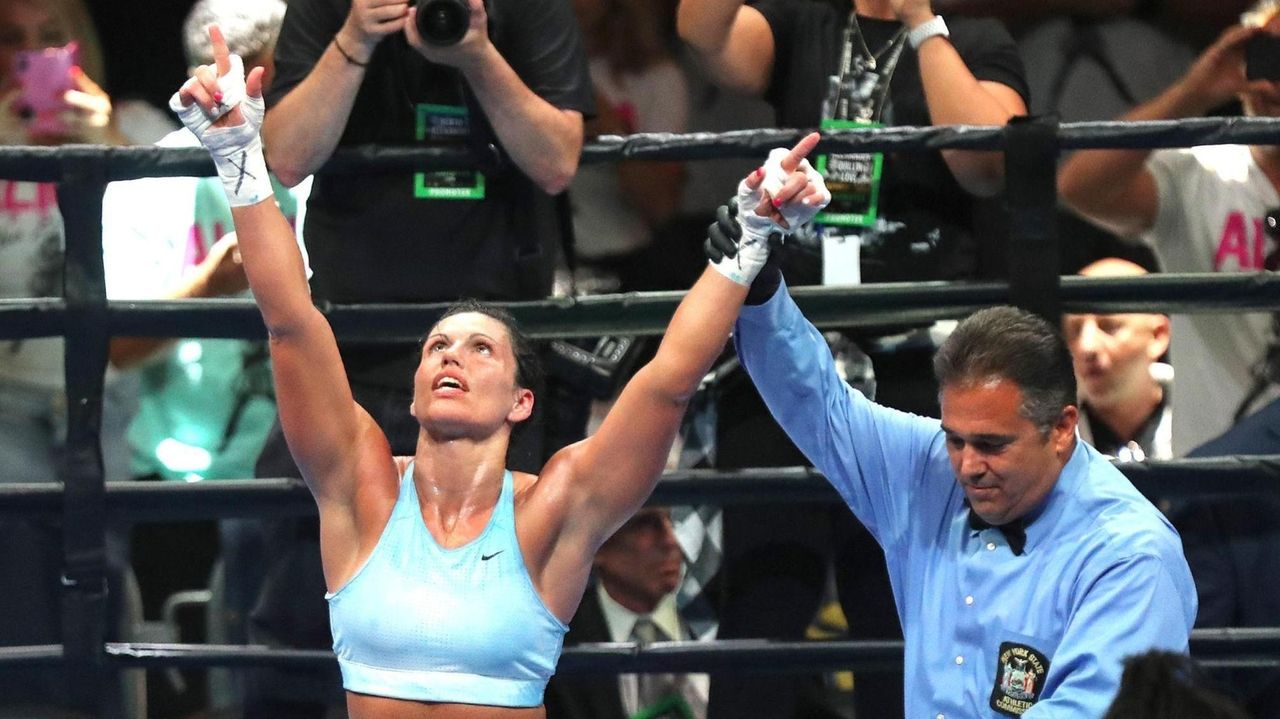 The Lindenhurst resident and WBA female super middleweight boxing champion won by unanimous decision over Scotland’s Hannah Rankin at NYCB Live’s Nassau Coliseum in front of a contingent of family and friends in the eleventh, and final bout, on Saturday.

The 10-round championship fight is the first women’s boxing match to be held in the arena’s history.

“I can’t even find the words to describe how I’m feeling,” said Napoleon, who grew up 15 miles from the Coliseum. “It’s amazing. There’s still adrenaline flowing through me right now.”

There’s a good reason for that. Rankin, to her credit, kept coming forward throughout the fight. But Napoleon, who seemed to be the more skilled and polished fighter, was able to find openings against her opponent with powerful punches to both the body and head especially in a key seventh round.

“I had more of a headache during sparring,” Napoleon said. “I kept her at bay with my jab.”

Napoleon found herself against the ropes for a stretch early in the eighth round, but the 32-year-old withstood the pressure and was able to connect with power shots to the body, and later upstairs to the head.

The fifth round was, perhaps, the best round of the night as both fighters threw big punches and connected in a difficult round to judge.

Napoleon opened the fourth round with a renewed activity level, and caught Rankin with good shots. Napoleon dropped her guard at times during the round, but was able to use her athleticism to avoid any big punches from the Scottish fighter.

What seemed to bother Napoleon after the fight was having to wait until 10:56 p.m. to hit the squared circle.

“It’s frustrating and disappointing,” Napoleon said. “It’s typical of how women are treated in boxing. But we were the best fight of the night, for sure.”

Not to mention, historic.

Berto earns split-decision victory over AlexanderWhile it wasn't easy, and sometimes rough and tumble in nature, Andre Berto won the ...