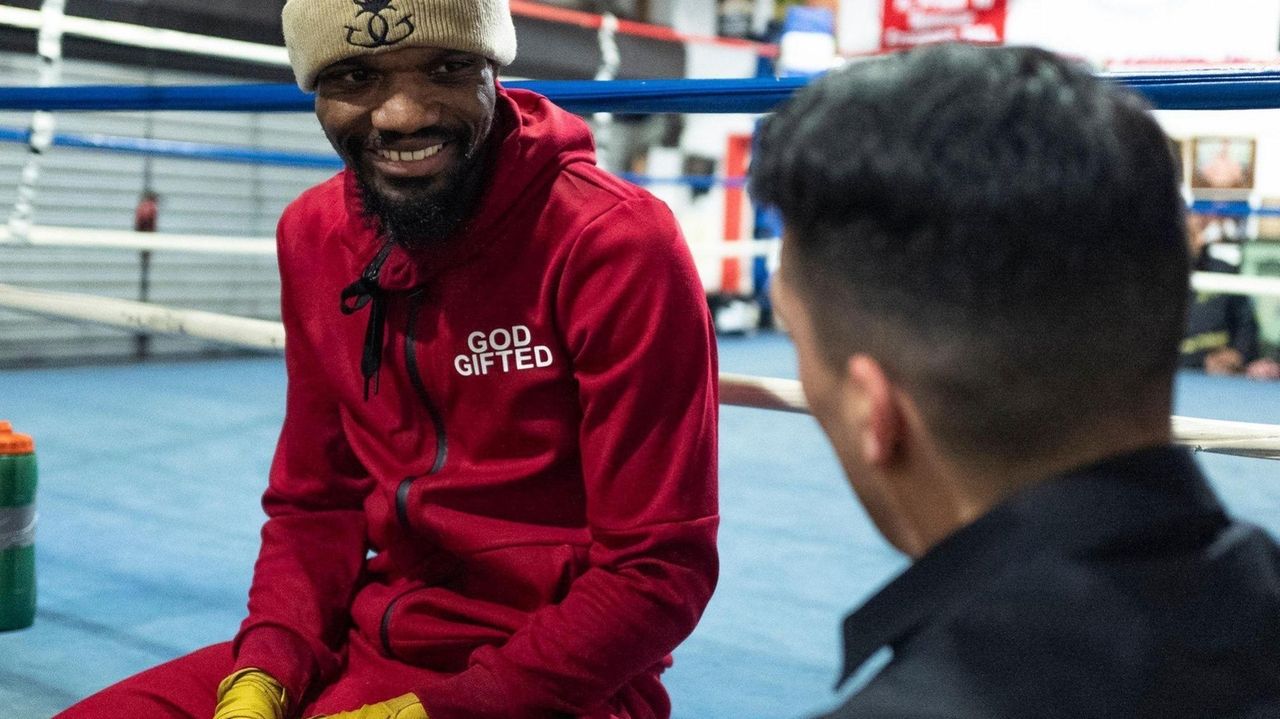 Two months ago, Long Island featherweight Titus Williams considereed giving up boxing following the death of his friend, Freeport boxer Patrick Day. But it was thinking about Day that inspired Williams to get back in the ring, which he'll do against Cobia BreedySaturday at Barclays Center. Credit: Newsday / Reece T. Williams

About two months ago, Titus Williams wondered if he would ever fight again. Williams, a featherweight with a 9-2 record, was ready to walk away from boxing after the death of his longtime friend and gym mate, Patrick Day in October.

But soon, more positive memories began to creep into his mind. Williams remembered the way Day always encouraged him and the way Day would push him during training.

“I am a very spiritual person and I seek God for guidance,” said Williams, 30, from Elmont. “And as you can see, he led me right back to the gym. I know within myself that Patrick would have never wanted me to stop.”

On Saturday night at the Barclays Center, Williams will fight Cobia Breedy in a 10-round featherweight bout. It’s his first bout since Day died on October 16 after suffering a traumatic brain injury during a fight against Charles Conwell in Chicago.

Williams and Day trained and sparred together at the Freeport PAL Boxing Gym for a decade and often traveled the country together fighting in amateur tournaments.

“Watching him put in the hard work and dedication for over 10 years was truly inspirational,” Williams said of watching Day train. “You have motivation sitting right in front of you every day in the gym. Some people aren’t blessed with that. They have to find it, they have to go to YouTube. I was always following in his footsteps. A man like that, believing in me, I had no other choice but to believe in myself.”

That belief, however, wavered, after Day succumbed to his injuries in the ring.

“You have your moments, sometimes it feels unreal, it doesn’t feel like he’s really gone,” Williams said. “A part of that is that his spirit lives on and he’s with us. I feel like he’s literally with me watching me on this journey.”

The journey takes him back to the familiarity of the Barclays Center. Williams won a Golden Gloves title there in 2013 and has fought there four times as a pro. Breedy, who is 14-0, fights out of Maryland, via Barbados.

“Now when I go into the ring, I feel like I have a guardian angel going into that ring with me,” Williams said. “I feel I have another source of energy to fight for. A new motivation. I have that driving force, my brother Patrick Day, who is behind me, looking over me.”

“I am very excited to be back at the Barclays Center,” Williams said. “It definitely means a lot to me to be back on this stage. I want to show that there are levels to this boxing thing and I don’t think [Breedy] is on my level. And I am going to prove that come Saturday.”