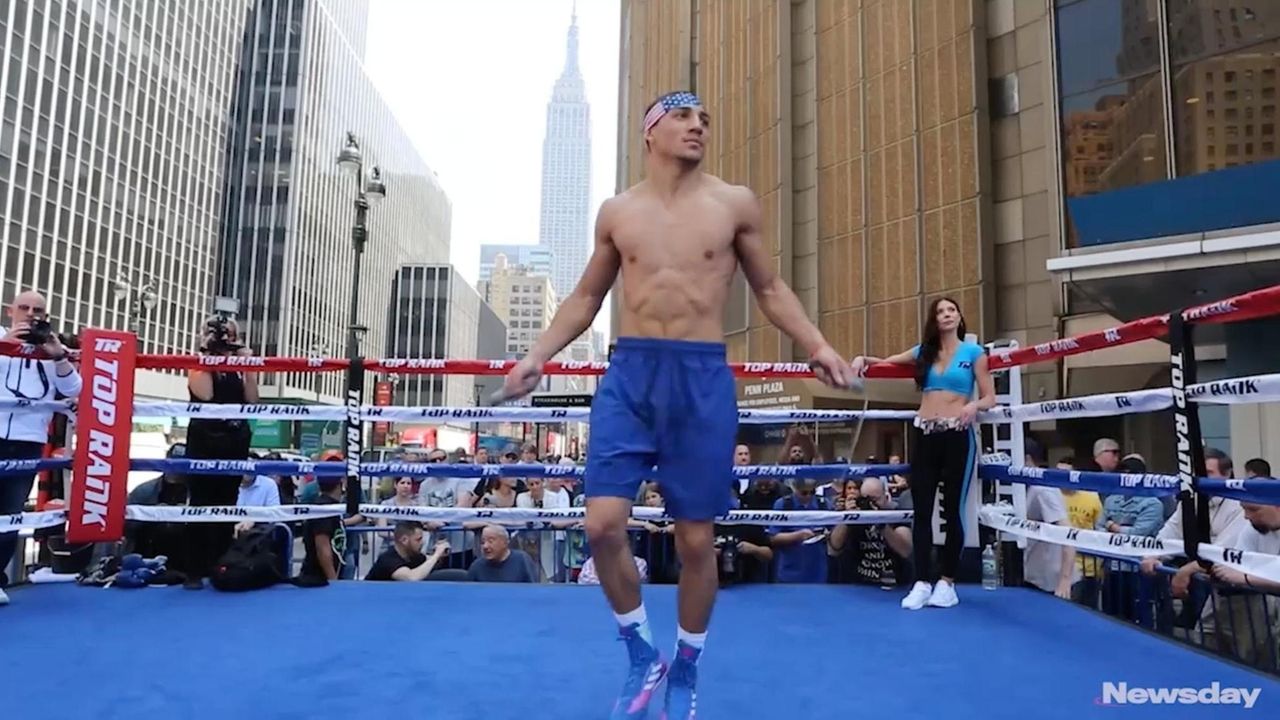 When Vasiliy Lomachenko faced Guillermo Rigondeaux in the Theater at Madison Square Garden last December, the boxing cognoscenti were over the moon about a title bout matching two of the most skilled practitioners of the sweet science. But it turned into a dud when Rigondeaux became the fourth straight Lomachenko opponent to quit on his stool or have his corner throw in the towel.

After it was over, Lomachenko joked that he might have to change his name to “NoMaschenko.” Rigondeaux claimed he injured a hand, but he was thoroughly outclassed, losing the last five of six rounds on two cards and all six rounds on the third card.

“Personally, there was nothing gained from the Rigondeaux fight,” Lomachenko said Thursday. “It was like just a regular fight for me.”

As is his habit, Lomachenko (10-1, 8 KOs) asked promoter Bob Arum to find the toughest fight he could, and the result is a match in which he is moving up in weight to challenge WBA world lightweight champion Jorge Linares (44-3, 27 KOs) Saturday night at Madison Square Garden. This time, the show is in the main arena, where Arum expects a bout televised by ESPN to draw 12,000.

Asked if he can make a fifth straight opponent quit, Lomachenko said he hopes not. “You all don’t want that to happen because you’re not going to see a good bout,” Lomachenko said through an interpreter before the final press conference Thursday. “The fans want to see two warriors put on a good fight. I think everybody wants a good bout, and that’s what I hope is going to happen.”

Lomachenko added that he’s not worried about the move up from 130 to 135 pounds nor the vast advantage the Venezuelan champion has over him. The 30-year-old Ukrainian said his main concern is providing entertainment value and making history as quickly as possible after turning pro less than five years ago. If he defeats Linares, it will be Lomachenko’s third world title in a different weight class in just 12 fights, the fastest anyone ever has accomplished such a feat.

Asked why history is so important to him, Lomachenko said, “The history is forever. Money, titles, belts, you’re not going to take them with you when you die, but the history will stay forever. That’s why I decided to go by the history route, not by the money.”

Beating Rigondeaux had an anticlimactic feel after the buildup, but given the fact Linares has won world titles in three weight classes in often dramatic fashion, he might represent the toughest test of Lomachenko’s career since losing to WBO world featherweight champion Orlando Salido in his second pro fight. Although he’s a Top Rank fighter and Linares is promoted by Golden Boy, Lomachenko pushed to make the best fight possible in his quest for “name” opponents.

“The life of a boxer is very short, so I don’t have time to waste on tuneup fights,” Lomachenko said. “I want the best fights, and I want to get out of my short boxing career the most I can . . . It’s hard for me to tell what history is going to turn into, but what I want is the big challenges. I want the big names. I want to win, win, win.”

Just another item he can check off his boxing bucket list.