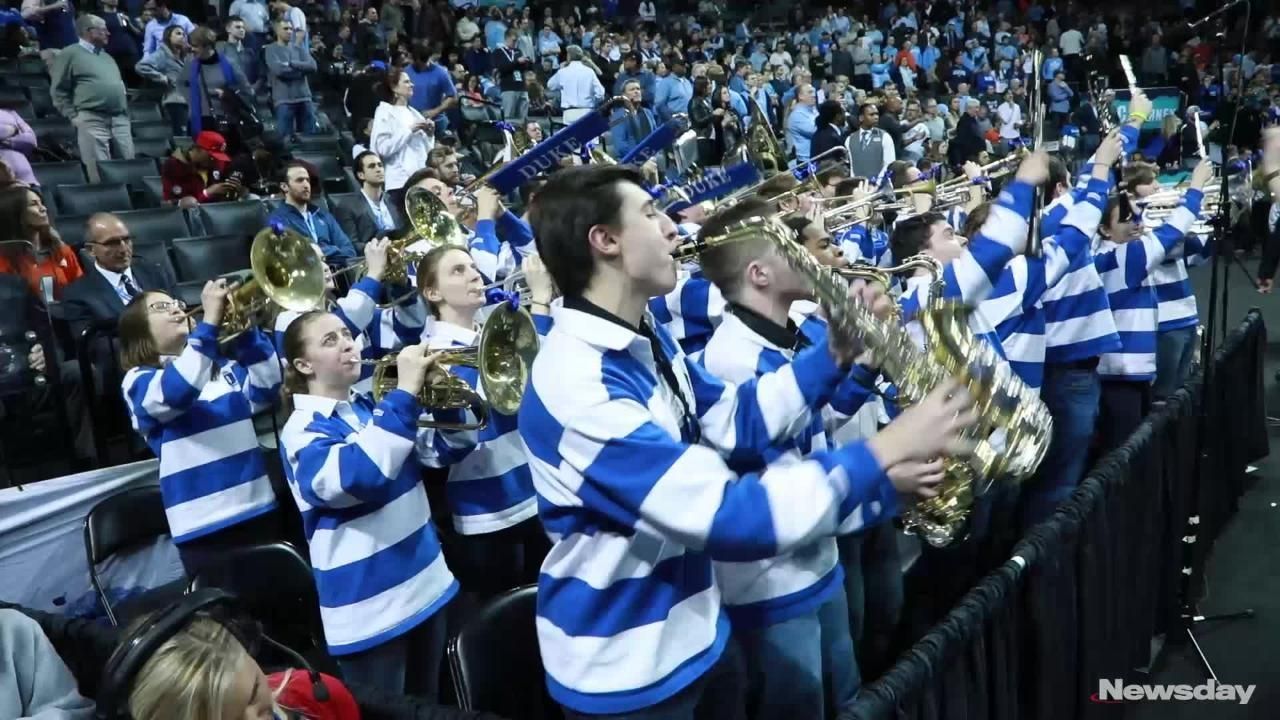 The Atlantic Coast Conference Tournament returned to the Barclays Center on March 9, 2018, bringing some of the best college basketball teams in the country to Brooklyn.   Credit: Yeong-Ung Yang, Robert Cassidy

Some will look back at Friday night’s ACC Tournament semifinal between Duke and North Carolina and want to talk about notorious tripper Grayson Allen of the Blue Devils being called for a first-half flagrant foul for a hip-check in the open court on Garrison Brooks. The fact is that Duke is the one that got tripped. Or rather, it got pushed there by North Carolina.

The defending national champion Tar Heels, who blew a 10-point halftime advantage over the Blue Devils in Durham less than a week ago, managed to build a lead just big enough to eke out a 74-69 win before a college-record crowd of 18,157 at Barclays Center.

UNC (25-9) will be going for its 19th conference championship and first since 2016 when it faces top-ranked and top-seeded Virginia in Saturday’s 8:30 p.m. championship game. The Tar Heels could match Duke’s feat last year of winning the tourney with four victories in four nights.

That doesn’t mean the Blue Devils didn’t make the Tar Heels sweat, though. After Luke Maye’s jumper put UNC up 72-56 with 5:33 left, Duke (26-7) almost topped the comeback from earlier in the week. Gary Trent Jr.’s three-pointer with 51 seconds left capped a 13-0 run that brought Duke within 72-69. “Those last six minutes, they showed an incredible will to win,” Duke coach Mike Krzyzewski said.

The Blue Devils had a pair of chances to knot the score, and both possessions ended badly with the ball in Allen’s hands. He was called for charging with 17.8 seconds left, and after Theo Pinson’s turnover with 11.8 seconds left, Allen tried to draw a foul on an off-balance three-pointer and failed.

Maye had 17 points and 10 rebounds, Joel Berry II scored 13 points and Garrison Brooks, Kenny Williams and Cameron Johnson had 10 each for UNC. Trent scored 20 points and Marvin Bagley III had 19 points and 13 rebounds for Duke, which might have gotten a No. 1 seeding in the NCAA Tournament by capturing the title but now will need help to do that.

After the Tar Heels went ahead 16-3, a late 8-0 run helped Carolina take a 36-31 halftime lead. The final points in that run came on two free throws after Allen’s flagrant foul, which elicited catcalls from the UNC fans.

As the play was reviewed, Allen and Berry — friends from AAU ball in Florida — were laughing together at center court. “I just told him that you’ve just got to watch yourself because anything you do like that, you know they’re going to get on you about,” Berry said. “That’s why we laughed it off.”