NORTH CHARLESTON, S.C. — The idea for Hofstra’s whole season was to follow one simple credo: “Live in the moment.” The Pride did that one more time Monday and got through a moment that will live for quite a while. And they put themselves in position to get a taste of that one shining moment in the NCAA Tournament.

The top-seeded Pride endured falling behind late in regulation and again in overtime before coming back to beat Delaware, 78-74, in the CAA Tournament semifinal and earning a place in the championship game Tuesday night against Northeastern.

One more win for a team that on Monday set a school record with its 27th of the season, and it is on to The Big Dance.

“We’re going to really cherish this,” coach Joe Mihalich said. “We know how hard it is to do this.”

Justin Wright-Foreman set a tournament record with 42 points, but even those were not enough to seal this nerve-rattler. Jalen Ray, who prides himself on being calm, made four free throws in the final 16.7 seconds of overtime — and forced a turnover between the first two and last two — to decide it.

“I just focused. This is the moment you’re waiting for,” Ray said, acknowledging that he was hurting after getting hit hard on his drive to the basket with 16.7 seconds left. “At that time, I couldn’t focus on that. I just had to make the free throws. I pretended like I’m in the gym by myself, practicing free throws.”

Mihalich and Ray’s teammates agreed that if anyone was going to remain cool, it was Ray, who had scored only three points the whole night before the final moments.

“The quiet ones are always the dangerous ones,” Wright-Foreman said.

Everyone who has seen or heard about Hofstra (27-6) knows which player is the most dangerous scorer. Wright-Foreman, who was 15-for-30 from the field, grabbed the responsibility down the stretch, taking most of the team’s shots. He did pass off to Ray, though, on the final play of regulation. Ray’s shot rimmed out with a half-second left. 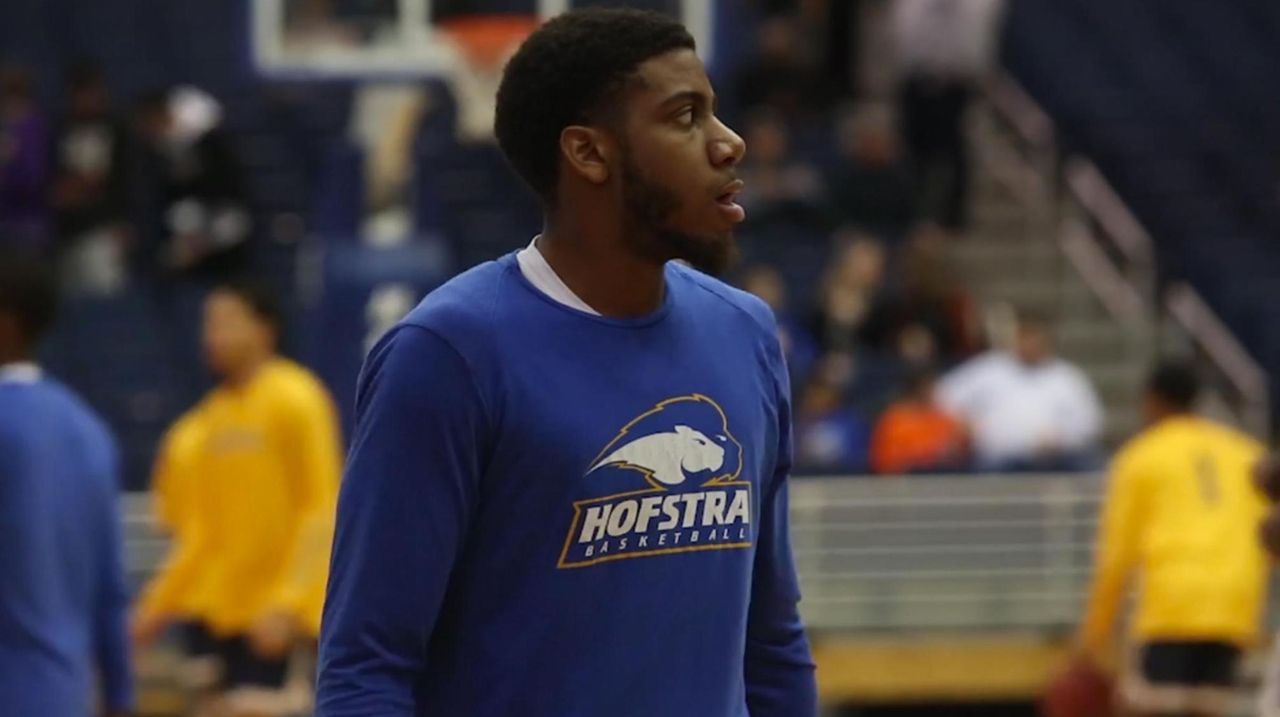 Hofstra's Justin Wright-Foreman chasing his dream Justin Wright-Foreman is the No. 2 leading scorer in the nation with 26.5 points per game. The senior guard and Queens native is third among Hofstra's all-time leading scorers with 2,269 points, and even surpassed former Hofstra star and current assistant coach Craig "Speedy" Claxton on that list. But can Wright-Foreman lead his team to the NCAA Tournament for the first time since 2001 and make it to the NBA like his predecessor? He'll look to check off the first of those accomplishments as Hofstra heads to the CAA tournament, beginning Saturday, with a first-round bye as the No. 1 seed. Credit: Newsday / Casey Musarra; Additional video footage from CAA; Photos by Paul J. Bereswill, James Escher, Kathy Kmonicek, Steven Ryan, J. Conrad Williams

That just set up more moments, such as Eli Pemberton and Wright-Foreman each tying the score in the last 2:19 of overtime with two free throws and a drive, respectively. Delaware (17-16) had control in the final half-minute, but Pride center Jacquil Taylor blocked Ryan Allen’s drive, leading to the break on which Ray was fouled.

After he made those two to put Hofstra ahead 76-74, Delaware’s Kevin Anderson (17 points) drove the baseline. With Ray in his way, Anderson stepped out of bounds with 7.8 seconds left.

Before that, the Pride could see their memorable season — one that included a nation-best 16-game winning streak — flash before their eyes, especially when Ithiel Horton (21 points) was sinking three-pointers.

“It just means everything to be in this moment,” Wright-Foreman said. “We’ve preached about this all year, to be able to live in the moment. When we were on that 16-game winning streak, that’s all we preached, just taking it day by day, game by game and just not worrying about anything.

Just worrying about ourselves and what we’ve got going on here.”

Wright-Foreman was a freshman when the Pride made it to the tournament final in 2016, losing in overtime. “This one, we know what to do,” he said. “We’ve just got to take our time. Coaches have a great game plan set up and we’re just going to follow it.”

Said Ray, “These are the moments we practice for in the offseason. I’m really excited to play [Tuesday].”

The Pride take pride in being ready for anything in any condition, which is why they did a walk-through in the hotel parking lot Monday behind a Wendy’s restaurant.

“We were a little too close to the drive-in. Speedy [Claxton, the assistant coach] almost got hit by a van,” Mihalich said. “But it’s fun doing that.”

Hofstra assured itself of at least one more fun moment.