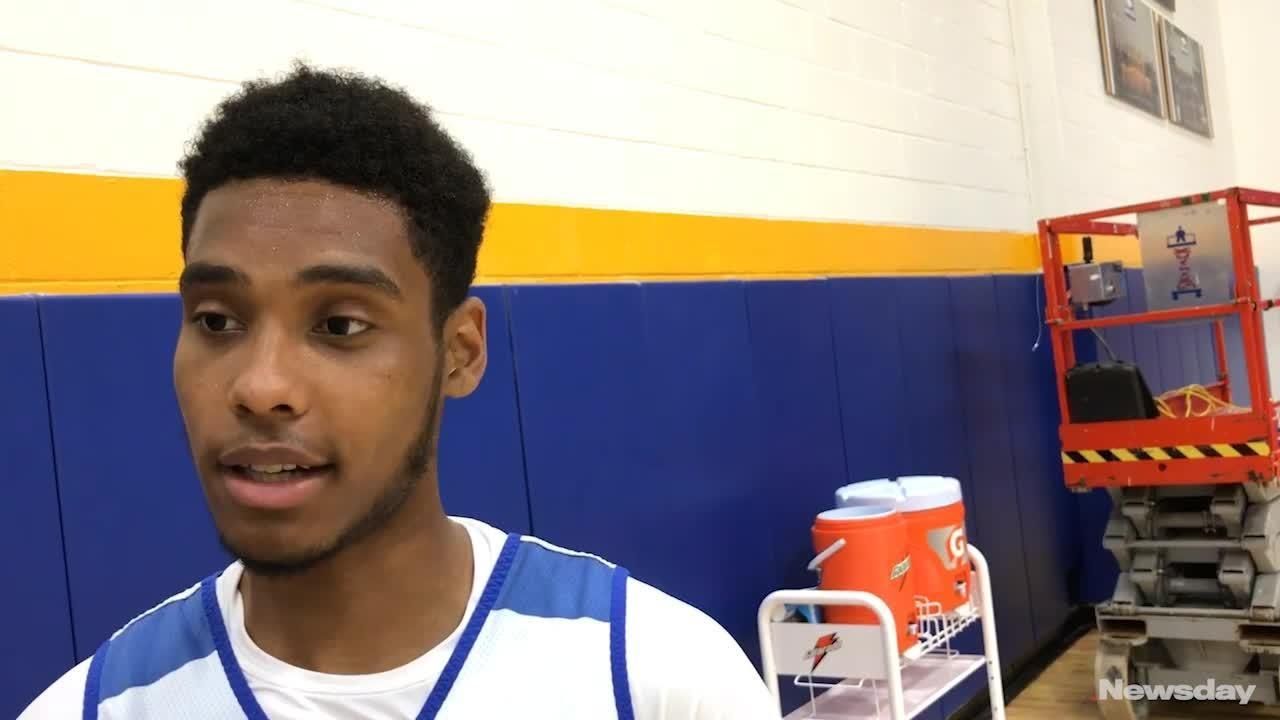 Junior college transfer Kenny Wormley talked about how he will fit in with Hofstra during a workout on Friday, July 7, 2017. (Credit: Newsday / Ari Kramer)

For the second straight year, Hofstra had a hole to fill at point guard.

And for the second straight year, an incoming transfer appears poised to assume the role for the men’s basketball team.

“I don’t want put too much pressure on anybody, whether it’s an incoming player or a freshman,” coach Joe Mihalich said. “He’s a new player, but we’re excited about Kenny. We think Kenny is going to give us something that we need. We felt like, no knock on anybody, but he gives us really good length and size and better defensive prowess at the point guard position.”

“[Junior college basketball] was very different,” Wormley said. “It was a lot of people in the same predicament as me, same spot, trying to get a scholarship, so it was a lot of competition. It was kind of like AAU a little bit. Now I’m back here on the big stage where I belong, I think.”

Before transferring to Indian Hills, Wormley spent his freshman year at Siena and had the opportunity to learn from All-MAAC second team point guard Marquis Wright. The two Maryland natives already knew each other from their days playing AAU basketball for Team Takeover.

“I learned a lot from him, playing against him every day in practice,” Wormley said. “It was tough guarding him, but he taught me a lot.”

Wright helped lead Siena into the MAAC championship game last year. Wormley hopes to do the same for Hofstra in the CAA, but he’s aiming for a better result than Siena’s 87-86 loss to Iona.

The Pride also returns Rokas Gustys, who ranked in the top five nationally in rebounding each of the last two years. Mihalich said he expects Wormley, Wright-Foreman, Pemberton and Gustys to start. The fifth spot is unclear at the moment.

“I’m looking forward to this year, stepping in and trying to play my role,” Wormley said. “We’ve got a good team and if we all play together and do what we’ve got to do we could have a good year.”

Randle needs to play way back into fans' good graces
Mills, Aldridge 'looking forward' to return to San Antonio
Gallant says matchup with Hurricanes is 'just another game'
Thibodeau believes Robinson's game is growing
Reddish out again but close to Knicks debut
Isles have a plan for their new, packed schedule
Didn’t find what you were looking for?