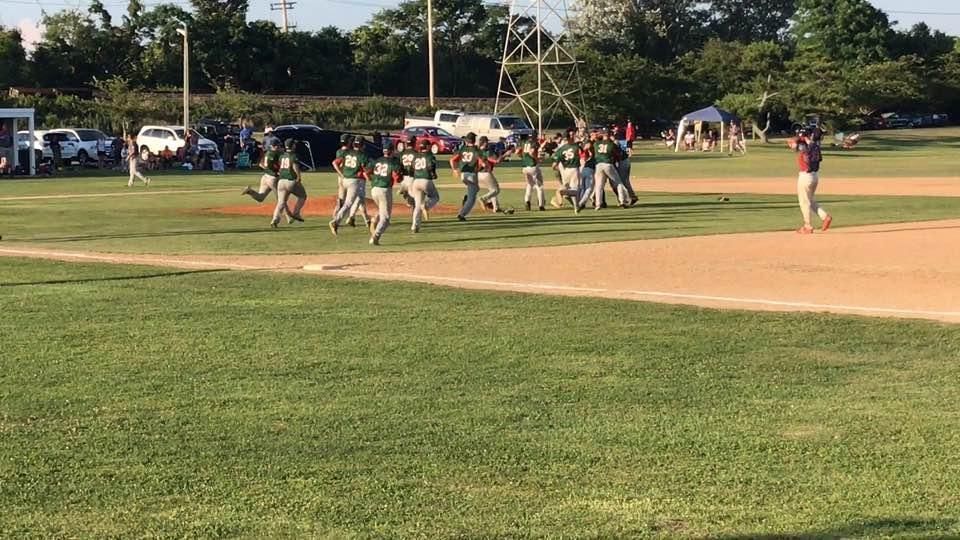 The Long Island Road Warriors didn’t have a home field but were never far from home.

The newest team in the Hamptons Collegiate Baseball League featured a 25-man roster strictly of Long Island-based players. Without a home field like the other six teams, the Road Warriors traveled from site to site to whichever field was available, often playing home games on the opponent’s field. But that didn’t temper their expectations.

“We had the confidence right off the bat to think we could win the whole thing,” Jordan Folgers said. “Long Island is full of great ballplayers, so we just wanted to prove it to everyone that we can play.”

They made that clear throughout the summer, finishing the regular season in second place (24-16-1). The Road Warriors completed a 4-0 postseason Tuesday, winning the championship with a 5-3 victory over Westhampton at Stony Brook Southampton. The Road Warriors won Game 1, 11-8, Monday on Folgers’ grand slam in the top of the ninth inning.

The Hamptons League draws college players from around the country. Those not from Long Island stayed with host families in places such as the Hamptons, Shelter Island and Sag Harbor, but each roster had Long Islanders.

The Road Warriors traveled to each game from the homes where they grew up.

“All these kids are here from all over the country, and it’s kind of cool to show them Long Island baseball is nothing to be messed with,” pitcher Shane McDonald said. “It was definitely satisfying for sure.”

McDonald was the driving force behind that Tuesday, tossing seven innings, allowing one run, six hits and one walk and striking out 12. The Fordham lefthander admitted to some pregame nerves but quickly settled in.

“Definitely did on my way here, I was getting a little jittery,” said McDonald, of Blue Point. “But once I got my warmup routine, my instincts kind of just took over out there and I did my thing.”

McDonald had help from his offense early as Folgers continued his impressive play from the day before. The Siena College third baseman launched a three-run home run to left-centerfield in the third inning, driving in Garrett Heaton and Sean Rausch for a 3-0 lead.

“I was definitely very confident at the plate,” said Folgers, of Moriches. “I just wanted to still stay within myself, not try to do too much, but get a pitch to hit and do it.”

Rob Weissheier drove in Michael Veit for Long Island’s final two runs, with a sacrifice fly in the third and a double in the fifth. Veit was 3-for-4, and Heaton went 2-for-3 with a walk.

“I keep telling people, we have great ballplayers on Long Island,” manager Neal Heaton said. “We have kids here that can play baseball and play with anybody in the country.”

But Westhampton, the top seed with a 27-14 record, didn’t go away easily. After McDonald reached his pitch count, Westhampton began to rally off the bullpen before Matthew Buckshaw took the ball in the eighth with the bases loaded, no outs and a 5-2 lead.

Buckshaw did just that, allowing only one of the inherited runners to score. He pitched a perfect ninth for the save, and the dogpile ensued. But the Road Warriors are most proud of showing off the local talent to players from around the country.

“Once again, it says a lot about Long Island baseball,” Buckshaw said. “I think people are starting to realize ballplayers on Long Island are pretty serious.”

Jerry Seinfeld returns to Steve Somers' WFAN show
LI's Chuck Schilling, who played for Red Sox, dies at 83
Cashman confident last-place Yankees will turn things around
Lennon: Cashman holds that line -- and what else could he do?
With Durant out again, Nets' injuries can hurt postseason chances
Isles focused on Rangers, not three games with Capitals
Didn’t find what you were looking for?