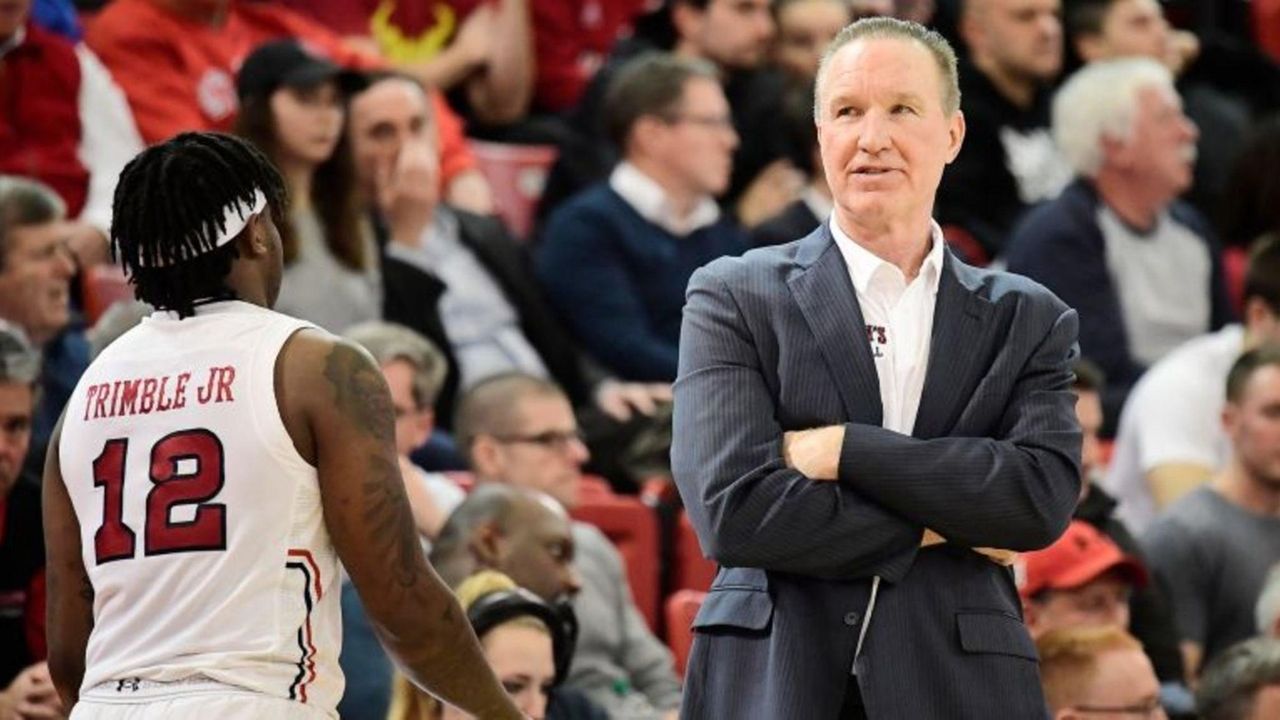 Trailing by as many as 16 points early in the second half, St. John's rallied but still could not overcome Creighton, losing the Big East matchup, 68-63, at Carnesecca Arena on Tuesday, Jan. 23, 2018. While the team fell to 0-9 in the Big East, St. John's coach Chris Mullin promised his team will "work through this." Credit: Newsday / Robert Cassidy) (Photo Credit: Steven Ryan

It was a season that started with buzz of a breakthrough and a chance to play in the NCAA Tournament. That sort of talk isn’t heard around St. John’s these days. No one mentions the Big Dance or even the NIT. The only thing the Red Storm hopes for right now is a win.

St. John’s fell in a big early hole and staged a huge late comeback, but never got back front and suffered a 68-63 Big East loss to Creighton before 4,771 at Carnesecca Arena. The Storm’s losing streak now stands at nine including seven by seven points or less. And St. John’s (10-11, 0-9) may be looking into an abyss.

“It’s very frustrating. We feel like we’re right there. It’s just not enough,” Tariq Owens said. “We have to figure out how we can do more to help the team push through. We can’t put ourselves in holes early. We have a short margin for error. It takes a full 40 minutes and we can’t have lapses.”

St. John’s already is down to eight scholarship players after second-leading scorer Marcus LoVett was lost for the season to a knee injury so a team that had little margin for error has almost nine now. And in this affair, leading scorer Shamorie Ponds took a knee to the right quad and was forced from the game for the final 13 minutes. He will be re-evaluated Wednesday.

But Davion Mintz made both ends of a one-and-one as the Storm tried a fouling strategy late.

“That group at the end really dug in and fought to the end,” Simon said. “We’re right there. The little things through the whole game bite us in the end.”

Simon had 17 points, nine rebounds and seven assists and Owens had 14 points for the Storm. Marcu Foster had 24 points and Khyri Thomas had 19 points for Creighton, which made 11 of 27 three-pointers en route to building its lead.

In Mullin’s first season St. John’s was far less talented and lost its first 13 conference games and ended up 1-17 in the Big East. Mullin was asked if this 0-9 start is worse because this is a far better team.

“No one wants to win more than the guys in the locker room and myself. The record: we don’t like it at all. We hate it,” he said. “But I do think how we handle it is important. You can lose games, but you’re not a loser if you approach it the right way. You hold yourself accountable and make changes and keep coming out and fighting and having personal pride.”

Mullin sees no common thread in all the close losses, but he seems to believe that determination will be what changes things for the Strom.

“We all have a timeline and how we want our life to go, our season to go,” he said. “When it doesn’t go on our time schedule, the easy thing is to blame, give up point fingers. We’re not doing that. . . . We’ll stay together as a group, work through this, hold our heads high, compete, grab it by the neck. Whatever we have to do to change this.”