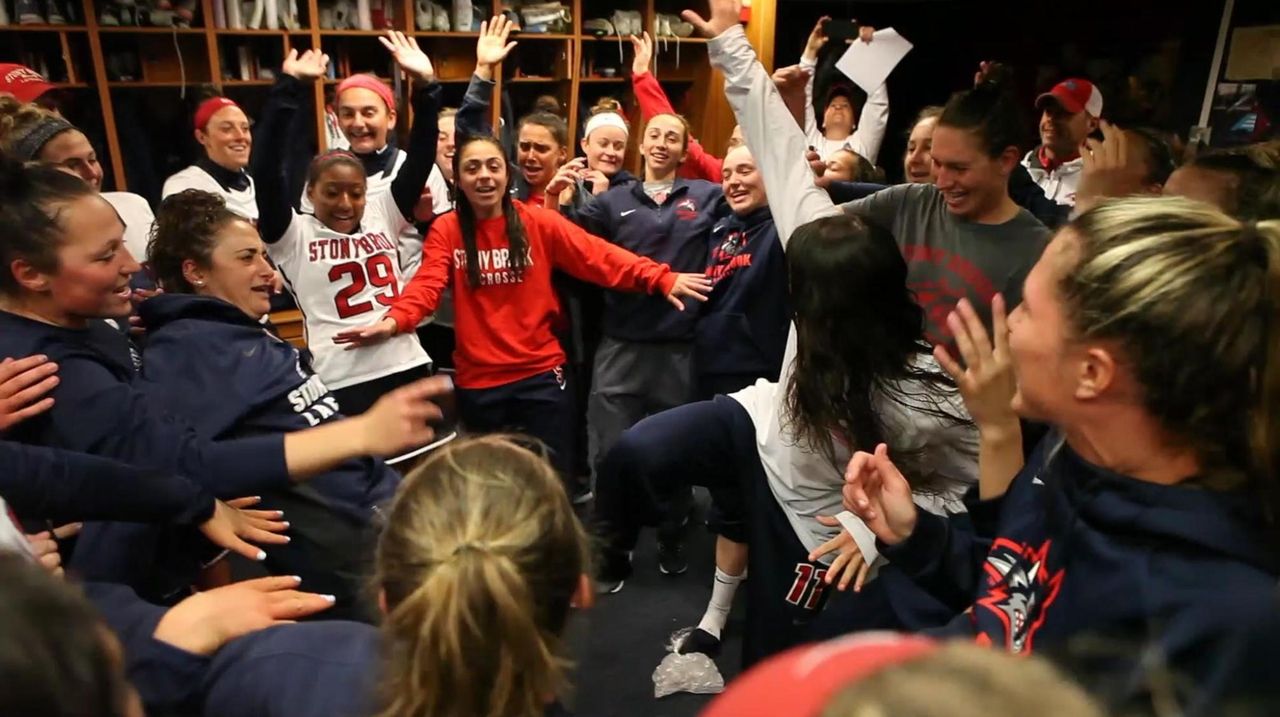 Newsday chronicled the Stony Brook women's lacrosse team's 2018 season, both on and off the field. The Seawolves, comprised mostly of Long Island natives, reached No. 1 in a national poll for the first time in program history. See how it unfolded as they set out to "prove people wrong." Credit: Newsday / Casey Musarra

Call it a reload, not a rebuild.

That’s how Stony Brook women’s lacrosse head coach Joe Spallina is looking at his roster after announcing the addition of four transfers Friday.

The Seawolves, who reached the national quarterfinals last season, had just two transfers on their roster the past two seasons in Carolyn Carrera (Hofstra) and Emma Schait (Albany), but Spallina told Newsday on Friday that he “felt like this was the year.”

“We don’t ever designate a certain number I need to have on the team, it’s just really a feel thing,” Spallina said. “And each of the transfers when I met with them, you know, you do your due diligence and you meet with them, I loved what they brought to the table. I felt like they all embodied kind of our mentality. They all had something different to play for, whether they just were in a bad fit, they needed to get to another level or they just wanted, they were intrigued by what we were building. And all four players did that.”

The Seawolves lost 10 seniors from their 2018 squad, including six starters. Spallina said it’s difficult to replace prolific scorers like Kylie Ohlmiller and Courtney Murphy with one player, but he is confident the new additions will make an immediate impact.

“We have a bunch of players on this team whether it be freshman, or returning players and now transfers that have something to play for, like a chip on their shoulder,” Spallina said of his team, which fell to Boston College, 12-11, in overtime in the NCAA quarterfinals last season. “I think people have, I don’t want to say written us off, but they think that we’re going to have a rebuilding year, and we look at it as a reload. We have a ton of faith in the players that we have back, and now the pieces that we added.”

Barretta, a fifth-year senior attack, recorded 56 goals and 17 assists for 73 total points in 46 games at Temple from 2015-18. She was limited to four games last season because of an injury, but managed to record 13 goals and six assists for 19 points, which was tied for 11th in Division I at that point in the season. Barretta hails from Exton, Pennsylvania.

LoNigro, a Blue Point native, joins the Seawolves after one year at Monmouth. The sophomore attack was part of a Bayport-Blue Point program that went 58-13 from 2013-17 and won the Suffolk Class C championship in 2014.

Tabasso scored 12 goals and added eight assists for 20 points in 11 games for Loyola last season. In 50 total games over three seasons, the midfielder recorded 48 goals and 34 assists for 82 points. Tabasso, a fifth-year senior, is from Rosemont, Pennsylvania.

Moeller was named to the America East All-Conference second team in 2018 after tallying 39 goals and 25 assists for 64 points in 12 games for UMBC. The senior attack from Phoenix, Maryland, had a total of 77 goals and 60 assists for 137 points over two seasons for the Retrievers.

“She came to us,” Spallina said of Moeller. “She was somebody in conference, saw the way we are, lives in Maryland, lives in the heart of the beast and wanted to be at Stony Brook.

Taryn Ohlmiller ahead of schedule

Junior Taryn Ohlmiller (Islip), who suffered a torn ACL in Stony Brook’s win over Penn in the second round of the NCAA Tournament on May 13, is ahead of schedule in her rehab and is already running, according to Spallina. “She’s on target to be cleared by November, but we’ll hold her completely out of anything until the winter time,” Spallina said. Ohlmiller, a first-team All-America East selection, recorded 52 goals and 55 assists for 107 points for her second straight 100-point season.

Kennedy started all 21 games for the Seawolves last season. She scored 48 goals and added 21 assists for 69 total points and led the team with 47 ground balls. Kennedy was named an IWLCA second-team All-American and America East Midfielder of the Year as a sophomore in 2018.

Freshman Shonly Wallace is the first Canadian player to join the women’s lacrosse program, according to Spallina. Wallace, of Mission, British Columbia, scored two goals for the North in the Under Armour All-America Lacrosse Classic in May.

Spallina said Wallace and her family currently are driving from British Columbia to Stony Brook, a 44-hour trip.

“As of this morning they were in Iowa,” Spallina said.

Daniel Jones ruled out for Sunday's game vs. Miami
Jets' Mims details his bout with COVID-19
Maggie Gray to host CBS Sports Radio show
Retired and living in Israel, Fischler still plugged into the NHL
An old friend returns to Brooklyn and brings defensive matchup concerns
Isles rank last in the NHL in goals scored
Didn’t find what you were looking for?