David Wright #5 of the Mets looks on from the dugout prior to the start of a game against the Atlanta Braves at Citi Field on Tuesday, Sep. 25, 2018. Credit: Jim McIsaac

In the end, it’s the little things that can really get you.

It’s walking into the clubhouse at Citi Field and nodding to the security guard. It’s laughing with reporters at the end of the news conference when someone trips and knocks over their drink. It’s pulling on your uniform for what you know will be one of the last times.

It’s a weird thing to be nostalgic for the present, to realize how badly you are going to miss something while you are still doing it. Yet that’s exactly how David Wright was feeling Tuesday after the Mets activated him for the final homestand of his storied career.

“As a player you rarely allow yourself to look around and really soak it in and enjoy it,” Wright said before the game against the Braves. “ ... I’ve never really allowed myself to do it, and I’m going to try to do it this week.” 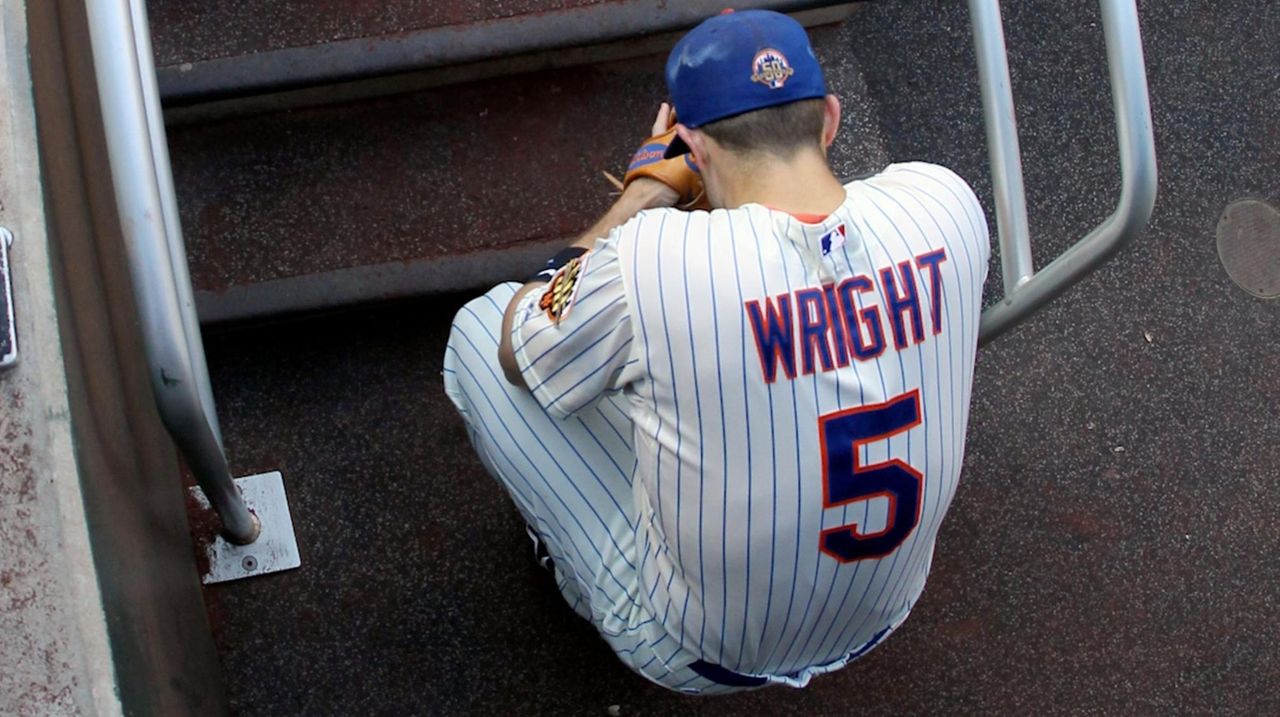 A salute to David Wright David Wright always will be considered Mr. Met, but it’s important to note, without the big head. He was a seven-time All-Star, often among the top 10 MVP candidates during his early years, and yet played with a Little Leaguer’s enthusiasm, as if he were trying every day just to make the team. His bubbly passion was infectious, his corner locker welcoming. And somehow, that never changed during a 14-year tenure in Flushing that contained some of the most turbulent, and embarrassing, times for the franchise. Written and narrated by David Lennon. Credit: Newsday / David Lennon

Wright is going to try to do that despite the weird, clumsy sort of way that the Mets are handling his goodbye.

The cornerstone of the franchise for the past dozen or so years, Wright hasn’t played a major-league game since May 27, 2016.  After multiple operations to address his back and shoulder problems, Wright, 35, announced this month his plan to leave the game after one more start, which will be this Saturday against the Marlins.

Shortly after activating him Tuesday, assistant GM John Ricco announced that the team isn’t likely to use him as a pinch hitter in any of the three games against the Braves because they are still playing for home-field advantage in the playoffs. It was a strange announcement, given that a chance to say goodbye to Wright is really the only reason any Mets fan would show up at Citi Field this week.

No matter when he gets his next at-bat, it’s clear that it will mean a lot to the Mets captain. Wright, who played his entire career with the team, is the franchise record-holder in hits, doubles, extra-base hits, runs, RBIs, walks and total bases. Though some of those are certainly because he also leads the team in at-bats, his best years were Hall of Fame-worthy.

Wright definitely will be replaying some of those top moments in this head this week. He will be remembering his first at-bat, how on July 21, 2004, against the Expos at Shea Stadium he was distracted at the plate by seeing his own face on the Jumbotron. Wright managed to work the count to 2-and-2 before popping up to the catcher, future teammate Brian Schneider.

“He made a ridiculously good play on me, almost jumping into their dugout when he was with the Expos to catch a foul ball,” Wright said with a laugh.

“I guess as a young player or even a couple of years ago, you never think it’s [going to end],” Wright said. “You think you can play forever.”

On Saturday, it will all end for Wright. He will walk out on the field to play third base one last time. Wright said this is something he has not yet come to peace with; he obviously would like his body to get back to the point where he could play a few more seasons.

Yet on Saturday he said he will not dwell on the future that isn’t and instead enjoy the present that is.

“I will take it all in as much as I can and try to savor these feelings and emotions.”

A salute to David WrightDavid Wright always will be considered Mr. Met, but it's important to note, without the big head. An ode to the 14-year Met as his career comes to a close because of injuries. Written and narrated by David Lennon.

Best: Hovering presence of Sather adds to Rangers intrigue
No Carrasco for the Mets until the end of May at the earliest
LI's Palmieri, Zajac face Devils for first time since trade
NHL fines Rangers $250,000 for critical statement
Knicks have case of amnesia after forgettable debacle in Denver
'Weird bag of emotions' for Gillespie when UFC fight was scrapped
Didn’t find what you were looking for?