Novak Djokovic of Serbia hitting a backhand against Holger Vitus Nodskov Rune of Denmark in the second set during the first round of the US Open USTA Billie Jean King National Tennis Center in Flushing Meadows Tuesday Aug. 31, 2021 Credit: Newsday/J. Conrad Williams Jr.

Let’s get something straight: The fans weren’t booing Novak Djokovic at the U.S. Open Tuesday night. But they weren’t cheering him on either.

Think about how strange this is. As Djokovic stands at the precipice of history — as he attempts to win a record 21st Grand Slam singles title and complete a rare calendar Slam — fans were chanting "Ruuuune" as they stretched out the surname of his 18-year-old opponent Holger Rune.

Usually, there’s nothing New Yorkers love more than a winner. We love being the biggest and the best. We love celebrating greatness. Yet, when one of the greatest players of our time — if not the greatest player of our time — has a chance to rewrite the record books right in front of us, we find ourselves cheering for him to be knocked off in the first round by an unknown teenager.

In a tweet that went viral last year, tennis writer Ben Rothenberg noted that the three most reliably crowd-supported players in the men’s game are Roger Federer, Rafael Nadal and whoever is playing Novak Djokovic. It’s hard to disagree with this. Because, for all his winning on the tennis court, Djokovic has never been able to win the hearts of tennis fans. 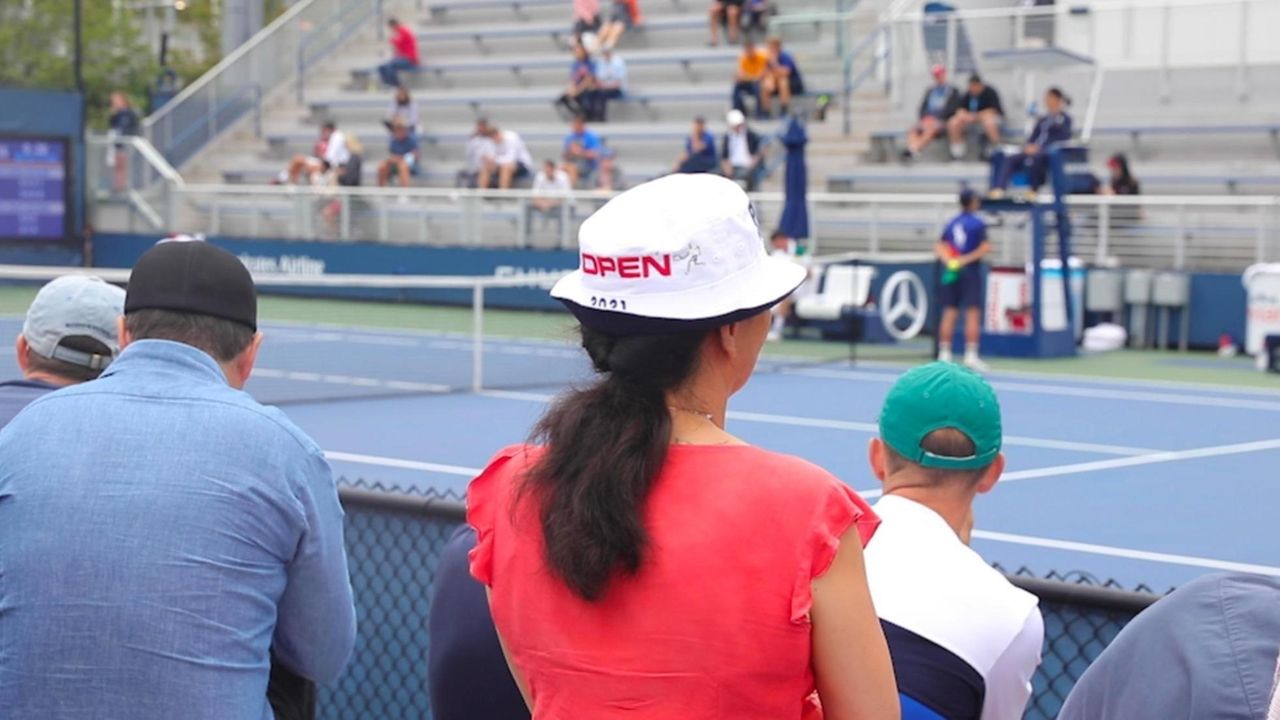 Could Novak Djokovic win a Grand Slam? Novak Djokovic has the potential to become only the third male player to win a calendar year Grand Slam. Newsday spoke to spectators at this year's U.S. Open about if they think he can pull it off.  Credit: Newsdsy / Reece T. Williams

Of course, there are reasons Djokovic has never been a fan favorite.

He is an anti-vaxer who tested positive for COVID-19 after he organized a series of charity exhibitions turned super-spreader matches while the pro tours were on hiatus last year.

He has made a number of sexist comments over the course of his career, including the fact he thought women’s tennis players didn’t deserve to make as much as men.

And then there’s his notorious temper.

The last time we saw Djokovic in Flushing Meadows, he was being kicked out of the tournament after accidentally hitting a line judge in the throat with a tennis ball after striking it in frustration during a round-of-16 match against Pablo Carreno Busta. Yes, Djokovic apologized multiple times on social media, but the prevailing image from that match is of line judge Laura Clark doubled over and clutching her throat.

But the biggest reason fans don’t like Djokovic is that he isn’t named Federer or Nadal. It doesn’t matter that Federer, Nadal and Djokovic all have 20 Grand Slam titles. Djokovic has always been the third wheel in that triad, the outsider looking in.

Djokovic does not have the patrician grace of Federer. Nor does he display the combination of power, stamina and feistiness that made Nadal a fan favorite. Most of all, he also lacks the sportsmanship of both.

For a half-decade, Federer and Nadal were the game’s most dominant and beloved figures. Their marathon 2008 Wimbledon final is regarded by many to be the greatest tennis match ever played. Their contrast in styles made for a great rivalry and fans couldn’t get enough of it.

Enter Djokovic. In 2011, he rocketed to the top of the tennis world and pretty much made the Nadal-Federer final a thing of the past. After meeting eight times in Grand Slam finals from 2006 to 2011, the two have played each other in only one Grand Slam final since then.

In other words, Djokovic found himself cast as the villain who ruined one of sports' greatest rivalries.

This U.S. Open, the villain has a chance to pass both rivals by winning his 21st Grand Slam title. He also has a chance to do something they never did, become one of six players ever to win a calendar Grand Slam.

It’s hard not to make a case for Djokovic being the greatest in the game. So says women’s great Chris Evert.

"I think Novak, if he has another three or four years especially, I think he is going to have to be considered the greatest of all time," Evert said in a recent interview with Fansided. "Mentally, physically, oh my gosh, and emotionally he’s above them all I think."

Above them all, maybe. But in the hearts of U.S. Open fans, he’s still standing on the sidelines.