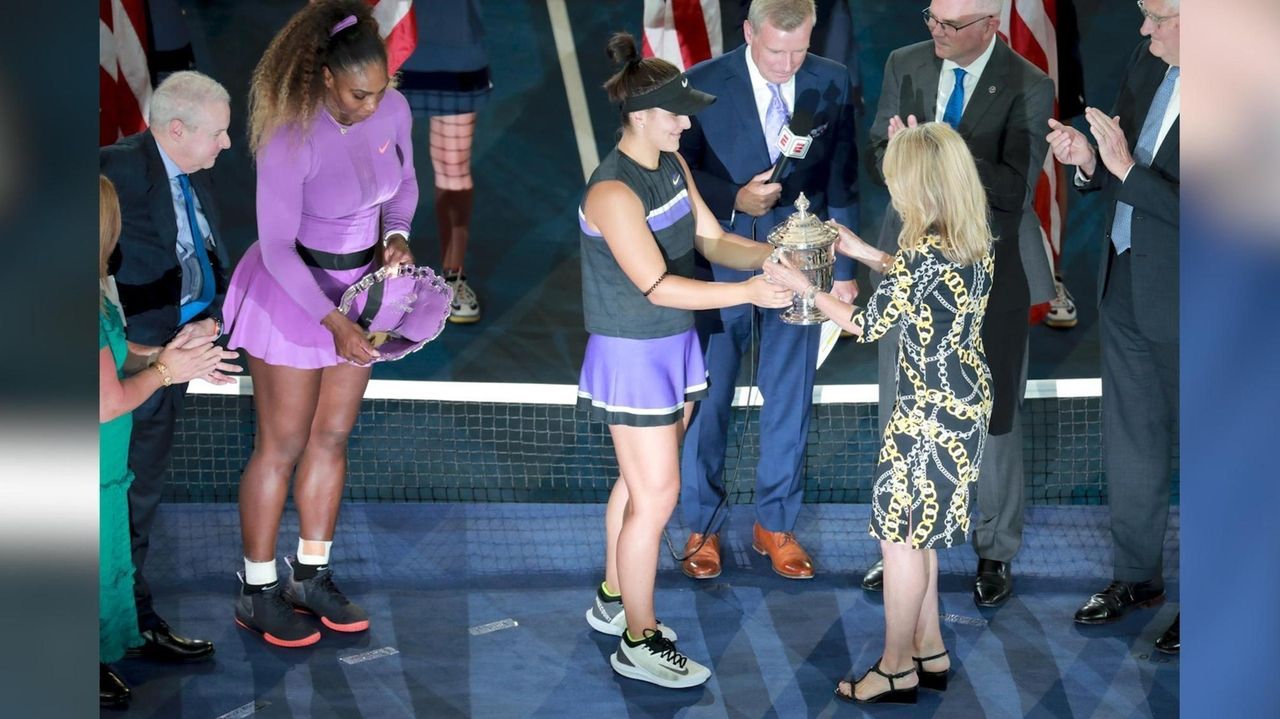 Maybe it will never happen.

Maybe Serena Williams will never win that 24th Grand Slam title. Maybe she will never tie Margaret Court for the most Grand Slam victories of all time. Maybe she is destined to come close again and again but keep falling short at 23.

And maybe it doesn’t really matter.

This time it was gutty 19-year-old Canadian Bianca Andreescu who spoiled her date with the record book, defeating her 6-3, 7-5, in the U.S. Open women’s final.

“I love Bianca. I think she’s a great girl. But I think this was the worst match I’ve played all tournament,” Williams said afterward. “I believe I could have been more Serena today. I don’t think Serena showed up. I have to kind of figure out how to get her to show up in Grand Slam finals.”

You certainly can bet that Williams will get some grief for not being purely gracious in her post-match news conference, but it’s easy to understand her disappointment.

It’s uncomfortable to watch Williams sputter in the spotlight in this stretch of her career. And the big reason why is for the past 20 years, since winning her first U.S. Open here in 1999, she has just been so incredibly dominant, so larger than life.

No one in the history of tennis — not Steffi Graf, not Martina Navratilova, not Chris Evert, not Court and, I would dare say, not even Billie Jean King — has impacted women and the women’s game the way Williams has during the last two decades.

One only had to look across the court at Williams’ opponent Saturday to see her impact on the game. A big hitter and server who seems to thrive on pressure, Andreescu is almost a mirror image of Williams, except she’s more than 18 years younger.

Williams paved the way for players like Andreescu in the 1990s when she and her sister Venus transformed the serve from a vehicle to getting play underway to an incredibly powerful weapon. Williams’ tomahawk first serve is one of the most devastating weapons in the history of sports, ranking right up there with Kareem Abdul-Jabbar’s sky hook, Allen Iverson’s crossover and Mariano Rivera’s cutter.

What’s more, Williams redefined our ideas of what female tennis players and athletes should look like. She made it cool for women to be powerful and athletic and curvy. She offered girls a different narrative, one that pursues athletic greatness on their own terms.

Though not the first successful African-American players, the Williams sisters’ dominance for two decades — and the fact that they did so regularly on television — inspired a whole generation of elite young players of color, including Naomi Osaka, Taylor Townsend, Coco Gauff, Sloane Stephens and Madison Keys.

Now those young players are gunning for her, which, of course, is how it should be. And it’s possible they may keep her from ever winning that 24th.

Looking back over Court’s Grand Slam wins, it’s hard to see how catching her should be the ultimate measure of any player’s greatness.

Thirteen of Court’s 24 major titles came before the so-called “open era,” a line of demarcation in tennis history that skews a lot of the records because the Grand Slams allowed only amateurs to compete until 1968. She never even played in the final of her 1966 Australian Championships win. Opponent Nancy Richey didn’t show up and Court was given the title as a walkover.

What’s more, Court won the Australian Open 11 times in her home country at a time when the field there was mostly made up of Australians. Very few others made the effort because of the distance and the small amount of prize money the tournament used to offer.

Williams, it seems, doesn’t worry that her legacy will be marred if she doesn’t reach 24.

“I’m not necessarily chasing a record. I’m just trying to win Grand Slams,” she said Saturday. “It’s definitely frustrating, you know. But for the most part, I just am still here. I’m still doing what I can do.”

What she can do at age 37 is battle her way through a field of players a generation younger than her into a U.S. Open final. She may never win another one. And she shouldn’t have to to prove her greatness.